In August, core banking software provider Silverlake Axis was cut by a ‘razor-sharp’ short-seller report that caused the company’s share price to decline by half and wipe out a billion dollars’ worth of value practically overnight. 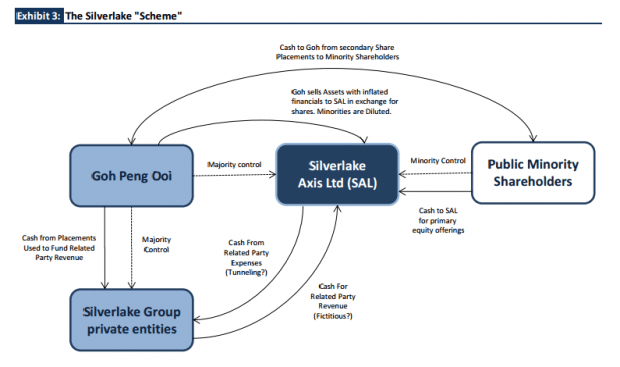 The Silverlake “Scheme” in the short-seller report by razor99

As the share price of Silverlake Axis crashed and shareholders likely suffered many sleepless nights as there was no clear and detailed response by the management to fend off the allegations except for the appointment of Deloitte Singapore to conduct an independent review of the alleged related party transactions.

Thankfully for shareholders, Silverlake Axis’s annual general meeting 2015 would occur two months after the report was released, giving shareholders an opportunity to grill the management on the report’s accusations. As it is, I attended the meeting on Monday four days ago and I had braced myself for some fireworks in the room. True enough, I witnessed more drama than a month’s worth of romantic Korean TV serials and their overly-emotional love triangles (not that I actually watch those).

“I’m seeing this meeting as being hijacked!” exclaimed an angry shareholder after many questions were raised about the short-seller report.

So what exactly happened in the room? It all started from here…

Mano Sabnani, a former newspaper editor and now fulltime investor, started his questioning but was interrupted by the company secretary before he could finish.

“Yes, as I mentioned, we will be addressing this after the meeting.”

At the start of the meeting, the company secretary had reminded shareholders to keep their questions within the items on the agenda.

Mano quickly rebutted: “No, I think you can do it now. This is corporate governance. You have a corporate governance statement in your annual report. In the statement, it says that the company will engage shareholders actively and it will address all concerns during the AGM. You can’t restrict us from asking this issue (referring to the short-seller report) which also covers the accounts. It’s a wrong road to go and I can tell you Noble Group (which was also attacked by a short-seller) has tried it and they failed.”

As Mano brought up his concerns, the company secretary, who was bounded by his strict agenda, tried to intervene several times.

Finally Mano got frustrated and raised his voice: “Chairman, I do not understand this. Is company secretary running the show or are you running the show? You are the chairman and I think I want to hear from you.”

The chairman finally broke his silence: “My opinion is I told the board that we are responsible to all shareholders and we should explain (run a presentation on how we run this company). But this could go on and on until the afternoon. I think in the interest of everyone, some people would want to finish the AGM then ask questions so they have liberty to control their time. I have no problem to stay until tonight.”

Mano interrupted: “Sorry, I’m not getting any answers. This is the first meeting after the short-seller report and we can’t pass the accounts blindfolded. We need to clarify the issue before we go to normal routine business. But you are putting it the other way round – the cart before the horse.”

When Mano finished his reasoning, the room quickly filled with applause from the minority shareholders who supported his stand.

After a wild goose chase, Mano finally got his question answered — Deloitte is making a full independent review on the allegations which takes time to complete. Goh and independent director, Ong Kian Min, said they hope every shareholder stays patient while the report is readied. 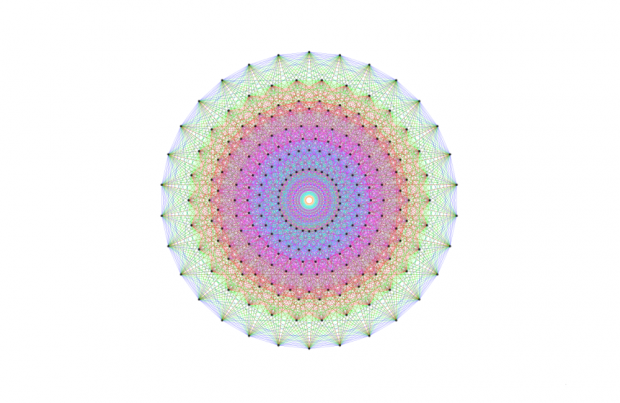 At some point through the meeting, Goh sidetracked and flitted from Newton’s laws of motion to category theory to Maxwell’s equation to quantum physics which disrupted and revolutionized the world we live in today. He went on about the history of computing and how IBM dominates the world of computers.

He even covered the theory of everything, the E8 mathematical model (above image and which has been shown on the cover of every Silverlake Axis annual report since 2007) and its 248 dimensions and compared to our world of 16 dimensions. He also explained how the Chinese word Tao Te Ching came about. After his long and deep soliloquy, I thought I was attending a lecture conducted by an old professor rambling about his favorite themes oblivious to the puzzled looks in his class.

“You don’t have to worry that Goh Peng Ooi won’t talk. In fact, you have to stop him from talking.” – Goh Peng Ooi

I digress. So before I launch into my own personal monologue, here are…

Love these summary updates on companies? – Get more AGM updates from your favorite companies here.