Starhill Global REIT (SGREIT) is a Singapore-listed REIT that owns a portfolio of 10 malls and office buildings located in Singapore, Malaysia, Australia, China and Japan. As at 30 June 2018, its portfolio was valued at S$3.1 billion.

SGREIT has been in my portfolio for a number of years now and given me a positive overall return despite its share price falling 15% year-to-date. This is largely due to the steady dividends I’ve received thus far. However, SGREIT’s distributions per unit (DPU) have been falling the past two years from 5.18 cents to 4.55 cents. This is worrying as steady, growing dividends are key for any REIT investor. Will SGREIT be able to boost its DPU in the near-term? I attended the recent annual general meeting to find out more.

Here are 12 things I learned from the 2018 Starhill Global REIT AGM:

1. Gross revenue fell 3.5% year-on-year to S$208.8 million and net property income (NPI) fell 2.8% to S$162.2 million. This is mainly due to lower contributions from offices at Myer Centre Adelaide and a disruption in income from Plaza Arcade due to an asset enhancement initiative (AEI). SGREIT’s Singapore assets – Wisma Atria and Ngee Ann City — still contribute the lion’s share of revenue at 62.1%, followed by Australia, Malaysia, and Japan/China.

2. Distributable income fell 6.6% year-on-year to S$103.1 million and DPU fell 7.5% to 4.55 cents. The drop reflects the lower NPI performance for the year. Based on FY2018 DPU and SGREIT’s share price of 68 cents, its dividend yield is 6.7%. This is higher than comparative retail REITs like Mapletree Commercial Trust and CapitaLand Mall Trust which have yields of around 5.3%. (To view the latest yield and key ratios for Singapore REITs, you can check out Singapore REIT data.)

3. Portfolio occupancy rate as at 30 June 2018 was 94.2%. SGREIT’s overall retail occupancy rate remained healthy at 97.9% but the weak office market remains a source for concern, particularly in Australia. Office occupancy at Myer Centre Adelaide dropped from 50.4% to just 31.5%. In Singapore, office occupancy at Wisma Atria remained stable at 92.4%, while Ngee Ann City saw a drop from 93.5% to 88.9%. CEO Ho Sing said that the management was currently in discussions with two potential office tenants for Myer Centre Adelaide which, if secured, would bump the occupancy up to 60-70%.

4. Gearing ratio as at 30 June 2018 remained stable at 35.5%. Weighted average cost of debt per annum is 3.13% and weighted average debt to maturity is 3.5 years. 96% of SGREIT’s borrowings is hedged by a combination of fixed rate debt, interest rate swaps, and interest rate caps.

5. SGREIT divested Nakameguro Place in May 2018 for JPY525.0 million (approximately S$6.4 million), which is a 25% premium to its latest valuation of JPY420.0 million. The CEO said that Tokyo remains a key market and the property was sold as it’s a small shophouse unit which no longer fits the REITs overall strategy.

6. CEO Ho Sing gave an update that the AEI at Plaza Arcade has been completed and Japanese fashion retailer, Uniqlo, has opened its doors. It is Uniqlo’s first store in Perth and the CEO revealed that discussions took around two years before the retailer decided to become an anchor tenant. He shared that selecting the right anchor tenant for a property is important and Uniqlo’s brand positioning suits the local environment in Perth’s CBD. The completion of the AEI should move Plaza Arcade’s rental income upward. The CEO added that the structural changes in the retail sector (e.g. e-commerce, JIT manufacturing, etc.) means that retail space is being redefined from being just a distribution channel to a ‘thematic brand experience’. The demise of large, established retailers like Sears proves that retailers need to keep pace with the changes in order to remain relevant. As a landlord, SGREIT has to pick successful tenants that are proactive in responding to these changes. 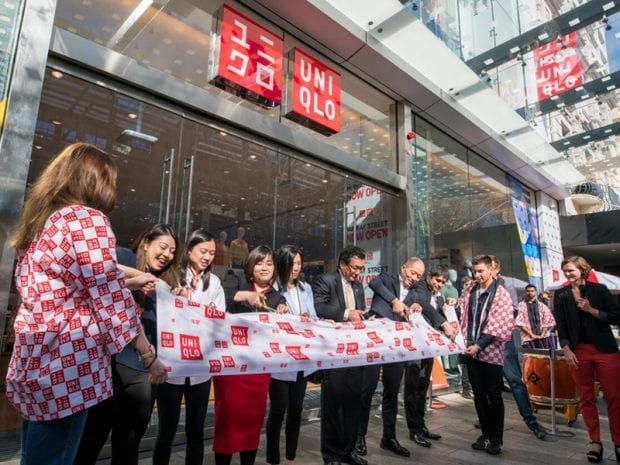 7. Chairman Francis Yeoh shared that the retail scene is very challenging even for malls in prime locations. Due to the uptake in technology and e-commerce, Gen Y and millennials lead the way in retail trends and consumption. He reiterated the CEO’s point that malls now need to have a thematic shopping experience to attract younger shoppers and mall owners have to spend on AEI to curate this overall experience. SGREIT is also looking at introducing a loyalty programme that’s linked with global partners, so shoppers can redeem their reward points not only at SGREIT malls but also at locations around the world.

8. The CEO also observed that the lifespan of retail trends now tends to be extremely short. He shared the example of Pablo Cheese Tart and Llaollao Yoghurt which started off strongly but then ‘died within in a year’. Based on these findings, he thinks setting aside a certain percentage of retail space for short-term pop-ups to test retail concepts might be a viable idea.

9. In Singapore, the CEO revealed SGREIT is eyeing potential opportunities around the new extension to the Orchard MRT station on the Thomson-East Coast line. The management is also looking at the UK market, especially if the country suffers a ‘hard Brexit’ and real estate prices fall in the UK as a result. The chairman said that acquisition opportunities are hard to come by right now because SGREIT is trading below its NAV and at nearly 7% yield. At this level, the REIT has to find an asset that yields higher than 7% in order for the purchase to be yield-accretive. But if the REIT rises in value and the yield decreases, more yield-accretive opportunities would present themselves.

10. The first unitholder to pose a question unsurprisingly brought up the REIT’s falling DPU in the last two years and whether it would continue to fall. CFO Alice Cheong explained that distributions were affected due to the asset enhancement at Plaza Arcade which disrupted income and a weak office market. Right now, the asset enhancement works have been completed and the office market looks to be recovering with demand picking up in Singapore and Australia.

11. Another unitholder asked if the management plans to rejuvenate Myer Centre Adelaide since there’s potential to redevelop levels 4 and 5 of the property. The CEO explained that the capex for an AEI in Australia is significant due to the high labour costs there. It makes more sense to do an AEI only if there’s a firm tenant in place that requires the enhancement, like in the case of Uniqlo and Plaza Arcade. Spending millions on an AEI and then hoping for a high-quality tenant to appear would be putting the cart before the horse.

12. A unitholder wanted to know the chairman’s views on Malaysia and its macroeconomic prospects after the change in government there. As a local himself, the chairman shared that the removal of ex-Prime Minister Najib’s corrupted government is a cause for celebration for Malaysians. He thinks Dr Mahathir has a good hand on the economy as he was the one that led the modernisation and privatisation of Malaysia’s economy in 1980s and 90s. The cancellation/postponement of government projects will help to balance the budget, but reduce the velocity of money and slow down the economy in the short term. In the long term, he believes that Malaysia is a good place to invest, especially under the new government and its efforts to crack down on corruption.

This article is written in support of the SIAS Q&A on Annual Reports initiative to raise the standards of AGMs, and encourage minority shareholders to ask questions, engage, and interact with the management of listed companies.