United Overseas Banks Limited (UOB) is a leading bank in Asia with a global network of more than 500 branches and offices in 19 countries and territories in Asia-Pacific, Europe, and North America. As of 31 December 2017, UOB has a total asset base of $359 billion.

Chairman Emeritus Wee Cho Yaw recently stepped down as a director after being at the helm of UOB for six decades. He believes that the management will continue to remain prudent in steering the bank forward and act in the long-term interest of shareholders. Along with Mr Wee, Hsieh Fu Hua also stepped down as non-executive chairman of UOB and succeeded by former deputy prime minister Mr Wong Kan Seng.

Here are six things I learned from attending UOB’s 2018 AGM:

1. Revenue increased 10% from $8.1 billion in 2016 to $8.9 billion in 2017. Net interest income increased 11% to S$5.5 billion. The rise in net interest margin of six basis points to 1.77% is mainly attributed to higher yields from interbank balances and securities. Non-interest income increased 8% to $3.3 billion driven by strong performances in wealth management, fund management, credit card business, and higher net gains from the disposal on investment securities. 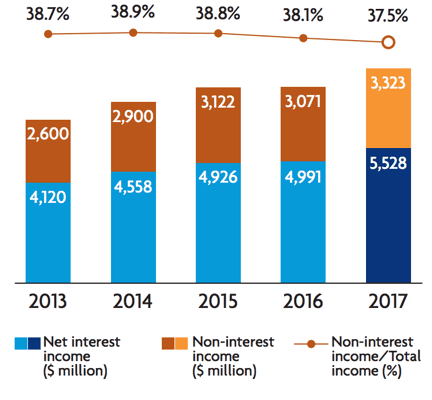 2. Net profit after tax increased 9% from $3.1 billion in 2016 to $3.4 billion in 2017 and return on equity remained at 10.2%. On the back of a year of record earnings, UOB will be issuing a final one-tier tax-exempt dividend of 45 cents per share along with a special dividend of 20 cents per share. After applying the scrip dividend scheme to the final and special dividends, full-year dividend will amount to $1.00 per share, amounting to a payout ratio of 49%. 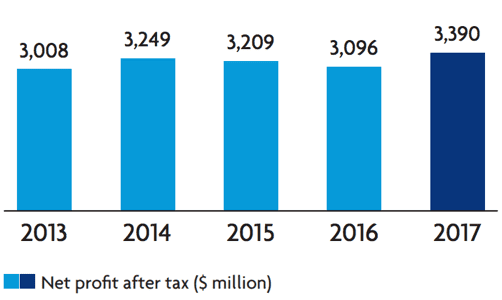 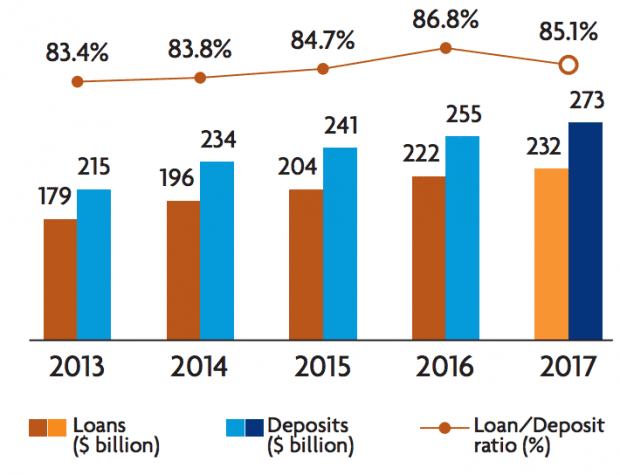 5. Despite the bank’s glowing performance, a shareholder noted that the NPL ratio increased to 1.8%. Besides the oil and gas sector, he wanted to know if there were other vulnerable sectors to be aware of. Chan Kok Seong, chief risk officer of UOB, replied that the oil and gas sector is ‘well behind us’ and the management is looking forward to a better outlook in the coming years. He added that UOB’s portfolio is generally well-diversified and resilient enough to withstand any future shocks.

6. A shareholder asked if the board tracks its return on investment on the $1.2 billion spent on IT in the past four years. Deputy chairman and CEO Wee Ee Cheong said that it is important to track and pace the spending of technology. So far, 30% of the money was spent on the bank’s operations, compliance, and control issues to satisfy regulatory reporting. The rest is used to build the ‘bank of the future’. Susan Hwee, head of group technology and operations, highlighted the rollout of UOB’s Mighty FX app as an example of the bank’s digital initiatives. In terms of governance, every investment is discussed with the investment committee, evaluated on a case-by-case basis, and tracked for its returns.