DBS Group is a leading financial services group in Asia with a presence in 18 markets. Headquartered and listed in Singapore, DBS is in the three key Asian axes of growth: Greater China, Southeast Asia, and South Asia. As of 31 December 2021, DBS has total assets of S$686 billion.

In mid-2020, the Monetary Authority of Singapore (MAS) guided the local banks to cap their dividends per share, which led to a depressed stock price. Since the lifting of the dividend cap a year later, the stock prices of Singapore banks have continued to rise as the economy recovers and Singapore inches toward becoming COVID endemic. I wanted to learn more about the recent annual performance of DBS Group and its near-term outlook, so here are eight things that I learned from the 2022 DBS Group AGM.

1. Total income decreased 2% year-on-year to S$14.3 billion in FY21 from S$14.6 billion in FY20. Net interest income dipped 7% to S$8.4 billion. The decrease was due to the impact of interest rate cuts which was moderated by broad-based loan growth. Net interest margin fell 17 basis points to 1.45% as the benchmark interest rates used for pricing loans remained low, and from an increased deployment of surplus deposits at lower yields.

2. Net profit increased 44% year-on-year to a record S$6.8 billion. Except for 2020 due to the pandemic, DBS has a track record of consecutively higher net profit over the last five years. Return on equity rose to 12.5% from 9.1% a year ago.

3. Loan growth of 9% was the highest in seven years. CEO Piyush Gupta noted that DBS’s loan growth is typically at 5-6%, therefore this year’s growth was exceptional. The increase was led by an 8% increase in non-trade corporate loans led by Singapore and Greater China customers. Trade loans rose 10%, while consumer loans rose 9% due to growth in wealth management and housing loans.

6. The CEO said that DBS’s outlook remains optimistic. He added that DBS will benefit from rising interest rates and its balance sheet remains resilient. Although inflation and interest rates could put pressure on the SME portfolio, it is stress tested and largely secured. DBS has minimal exposure to Russia and Ukraine, and lockdown risk in China is expected to have minimal credit impact.

7. The CEO shared that three key growth initiatives – geographic expansion, new businesses, and technology – are expected to add S$1.2 billion to DBS’s total income by 2024. The CEO is big on data and using digitalisation to enhance the customers’ experience. He believes that artificial intelligence and machine learning will be a key competitive advantage in many years to come.

8. A shareholder asked if retail customers would be allowed to trade cryptocurrency on DBS. The management explained that DBS Digital Exchange offers trading service between four fiat currencies (SGD, USD, HKD and Japanese Yen) and four crypto coins (Bitcoin, Bitcoin Cash, Ripple, Ethereum). However, the exchange is only for institutional and accredited investors. The CEO noted that many regulators around the world are still hesitant about cryptocurrency, and, in fact, some countries may not even recognise cryptocurrency.

Rising interest rates will be a catalyst for DBS Group. However, it looks like the market has already priced this in. At S$34.05 a share (as of 11 April 2022), DBS Group price-to-book ratio is 1.52, which is higher than its long-term historical average of 1.23. Although there may be some upside left, DBS looks expensive. 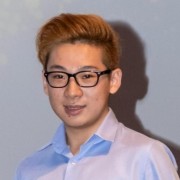