Recently, there’s been news that Microsoft is may be backing private equity firms in a potential deal to acquire Yahoo. Yahoo’s core business which includes its search, mail, and news sites is up for sale with Verizon and Time also reportedly interested. Yahoo has also set an April 11 deadline for potential suitors to submit preliminary bids for its core business.

This isn’t the first that Microsoft has approached discussions about a potential acquisition of Yahoo. Back in 2008, Microsoft offered to acquire Yahoo for close to $45 billion. The offer was a 62% premium over Yahoo’s stock price at the time. After three months of discussions, the Yahoo board decided to reject the offer – a decision that was widely castigated and led to the eventual resignation of then Yahoo CEO and co-founder, Jerry Yang, when he failed to turn the company around.

Fast forward eight years and Microsoft is back in the frame again but this time instead of $45 billion, the software giant is valuing Yahoo’s core business at only $6-8 billion, though the Yahoo board is said to be holding out for $10 billion.

It remains to be seen whether Microsoft will actually acquire Yahoo, but there are reasons why a Microsoft-led buyout would make complete sense for the world’s largest software maker:

In another era, Yahoo used to be the market leader in search but now, it’s pretty clear Google is the undisputed leader; it holds 64% market share in the US and 67% worldwide, with Yahoo Search and Microsoft’s Bing trailing in its wake.

A Microsoft-led acquisition could combine Yahoo Search and Bing to pose a more credible challenger to Google’s search dominance. But what you may not know is that Yahoo already gave up its search technology years ago and Microsoft Bing already powers Yahoo Search.

The two companies are in the middle of a ten-year deal where Yahoo’s organic search results are provided by Bing. 51% of all Yahoo desktop searches also have to serve Bing ads. The rest come from Yahoo’s Gemini ad platform or any third party that Yahoo wants to use.

Bing used to be a loss-making segment when it first launched but the search engine now contributes a $1 billion in revenue per quarter to Microsoft. Part of this comes from the ads served up on Yahoo Search – which still represents 12% of all searches done in the US. Because of its search and advertising relationship with Yahoo, it is in Microsoft’s every interest to ensure that whoever buys Yahoo will be a good partner moving forward. Hence, Microsoft’s backing of a potential private equity bid.

Besides search, Google, Microsoft and Yahoo also own three of the most-used free email services in the world: Gmail, Outlook.com (formerly Hotmail) and Yahoo Mail. Launched in 2004, Gmail is now the most popular email provider with over one billion active users. Outlook has around 400 million active users while Yahoo Mail has around 273 million users.

Email is one of the most popular internet activities among users and once again Google has surged past its competition in the past decade. An Outlook-Yahoo Mail alliance would be one way to challenge Gmail’s leadership and offer advertisers a way to reach nearly 700 million users instantly.

There were a couple of things that was left untouched when Yahoo signed its search alliance agreement with Microsoft in 2009 – mobile and native advertising. While Yahoo is required to serve Bing ads for 51% of its desktop search results, the company is free to serve entirely its own ads for mobile search. Hence, Yahoo’s own advertising platform Gemini.

More and more time spent on the internet is increasingly mobile due to the proliferation of smartphones and tablets. As it is, mobile traffic had already overtaken desktop traffic in 2014 – and Yahoo has a piece of this growing pie. 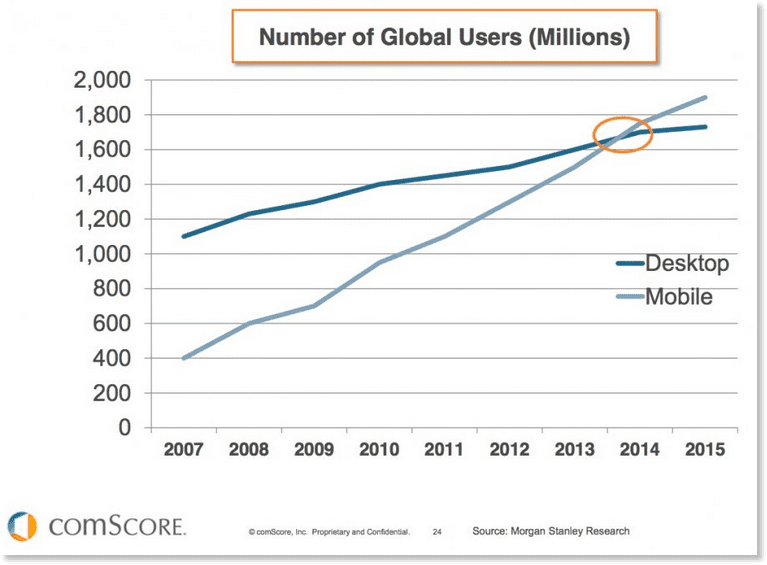 Besides mobile, Yahoo also has one billion active users on its network of web properties including Yahoo News, Finance, Travel, Sports, Flickr, Tumblr and a whole host of other digital magazines. Gemini allows advertiser to display native, image and video ads throughout Yahoo’s network. Yahoo might be an ailing internet giant right now, but a billion monthly active users is still nothing to sniff at!

As it stands, Microsoft has practical reasons to acquire Yahoo whether through a full buyout or a private equity bid backed by the company. Microsoft has more than enough cash ($100 billion in its bank) and resources to make the acquisition happen and it might be the key in taking on Google in the mobile digital age.