As headwinds persist in the global economy, weak corporate earnings and countries over the world are seeking loose monetary policies to keep inflation up, investors wonder if that is the end of the rise of the market. This is given the assumption that dividend stock prices have already been pushed up by yield-driven investors.

However, Wharton School’s finance professor, Jeremy Siegel and strategist from Fundstrat Global advisors, Tom Lee (formerly Chief Strategist with JP Morgan) explained that that is not the case. In fact, they have three reasons why the stock market will go higher instead of down.

The main concern of investors is that in a low-rate world, yield-driven investors have pushed the value of high-dividend stocks too high. If there is an increase in risk-free rates, the valuation of these stocks will be even higher. But as the yield for the stocks compresses, investors would abandon equities for fixed income. However, Siegel feels that investors do this as they are looking at the issue using the wrong approach.

The reasoning is that if rates stay low, the dividends offered by equities will continue to make them a necessary holding for yield-seekers.

On the other hand, should interest rates start to increase, it will be in the event of an evidently stronger economy given the dovish sentiments at the Federal Reserve (Fed).

Siegel believes that when the interest rate increases, the increase in corporate earnings will flow, and inflation will rear up. In times of inflation, equities will still be the preferred investment vehicle as it is able to ride on the inflation—as companies generally pass along higher prices to their consumers.

2. High inflation with no increase in demand? Unlikely

The Fed appears to have held back on raising the interest rate as inflation remains weak and corporate earnings are low. Some market watchers worry that the prolonged low interest rate in the US coupled with the negative interest rate in Europe and Japan will cause inflation to surge even when there is no increase in demand.

But Siegel assured that right now, there is some firmness in prices, but it means the world economy is picking up pace.

3. Big moves in the credit market

Lee agrees with Siegel that the equities market is poised to go higher and has other points to support it. He attributed the reason to credit markets.

This year, the credit market has made big moves, which he sees as a signal that equities will be going up. The next key point to watch for will be the high-yield bond market.

Since 1985, high-yield bonds have posted double-digit growth in 15 separate years. In 14 of the years, the S&P 500 saw a gain of more than ten percent while in the remaining year (1992), the index went up by eight percent.

After bouncing back from its low in February, the high-yield bonds are up by 8.5 percent, just a little shy away of posting double digit growth which in Lee opinion, will lead to a rally in the equities market.

Lee believes that stocks tend to follow credit and high yield tells investors that it is an important time to own equities.

Based on the three points raised by Siegel and Lee, it is a safer option to gain exposure to the equities market through dividend stocks. It will allow investors to ride on the upside of the market while having the dividend yield to support the downside if the market fails to pop.

Bringing back to local context, our writer Dr Chan Yan Chong also shares similar views and believes that dividend stocks and the Singapore market is still attractive for investors. 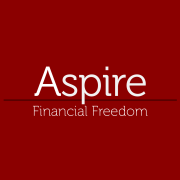