In order to give you an “appreciation” of the oil plunge, let’s have to look at the chart: 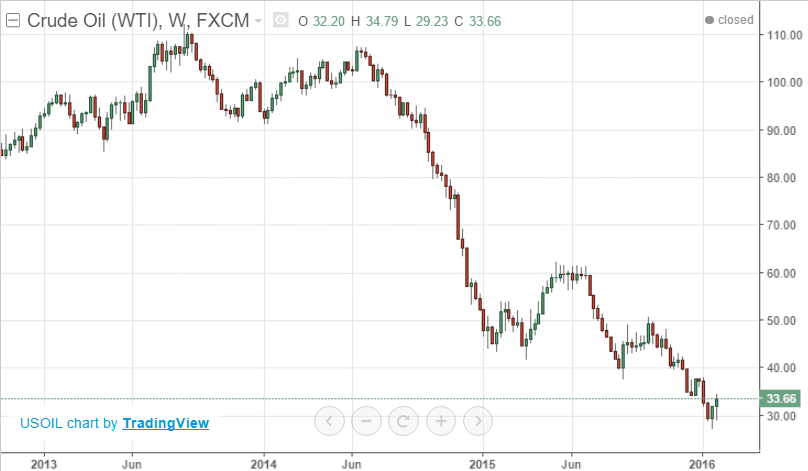 As oil prices declined, there have been numerous predictions that prices will recover in the past 18 months. However, we had not seen a meaningful recovery. The nearest we had was the double-bottom recovery in early 2015 as the US experienced a harsh winter (more demand for energy for heating) and on expectations of a strong US recovery. This quickly faded in the second half of 2015 as the US recovery was not as strong as predicted and China experienced the first of its many equity meltdowns in June 2015. 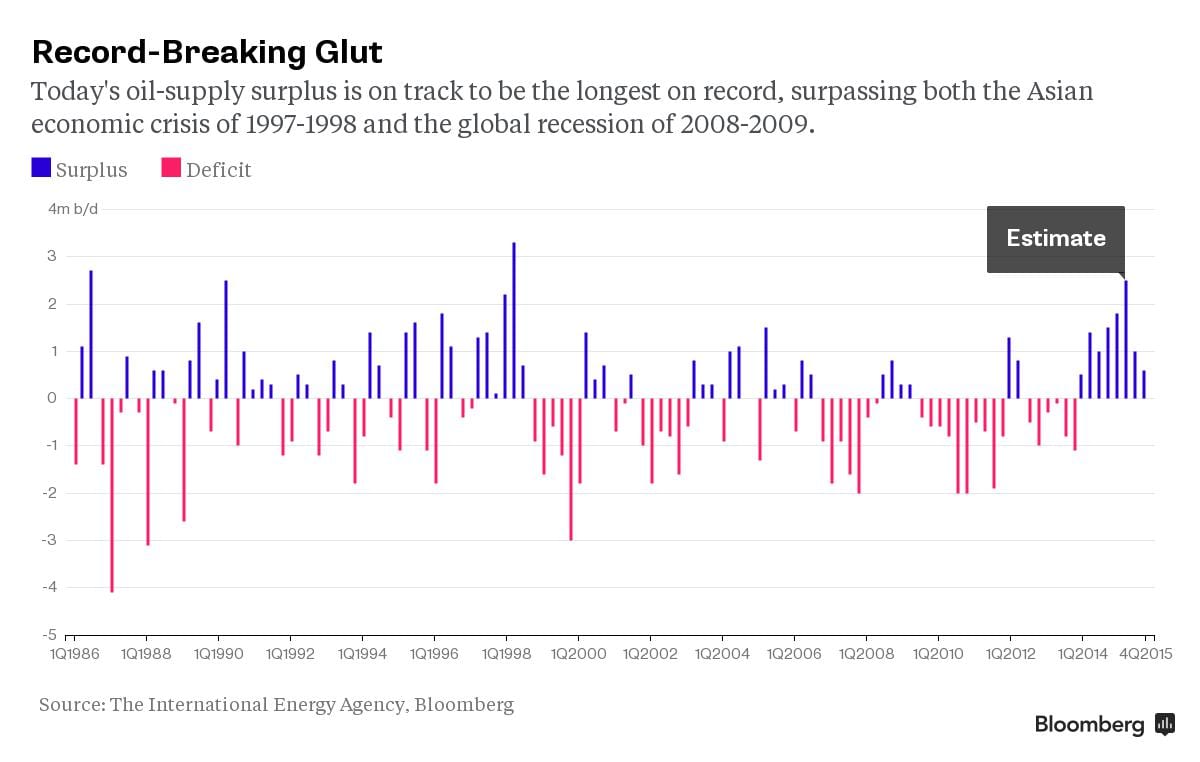 As we can see from the chart above, there is a large oversupply of oil in the global markets. So what is causing this massive oversupply? In my opinion, there are three main supply factors:

From 2008 onwards, the mass adoption of a new technology called “fracking” has allowed oil companies in the US to extract oil and gas resources previously thought impossible to reach. Fracking has allowed the US to steadily increase its oil production (and the world’s oil supply) until it overtook Saudi Arabia as the world’s top oil producer in 2014.

Adding to the supply is the entry of Iran after sanctions were removed in January 2016. Iran has pledged to add another 500,000 barrels of oil a day and oil money is needed for Iran to catch up to the rest of the world economically.

OPEC and net oil-exporting countries like our neighbour Malaysia are obviously the losers as they earn less oil revenue. Malaysia derives 30% of its revenue from oil and the plunge caused a fiscal deficit. Malaysia had to cut oil subsidies and introduce a 6% goods and service tax to balance its budget.

Oil companies are also among the causalities. In 2015, oil companies in the United States cut over 120,000 jobs. Oil giant BP recently announced that it would cut 4,000 jobs over the next two years. Companies that provide services to oil companies are also badly affected. Schlumberger, a leading oilfield services company, cut 10,000 jobs in three months. The decline in oil prices had also increased the credit risk of lending to these oil and gas companies. This is putting financial stress on financial companies in the US.

The overall condition of the oil industry can be seen in the iShares Global Energy ETF (IXC). IXC is listed on the New York Stock Exchange and the ETF consists of 96 top energy companies like Exxon Mobil, Chevron, BP, Schlumberger, and Royal Dutch Shell. Hence it represents the fortunes of the entire oil sector and not performance of individual oil companies which may be affected by management. 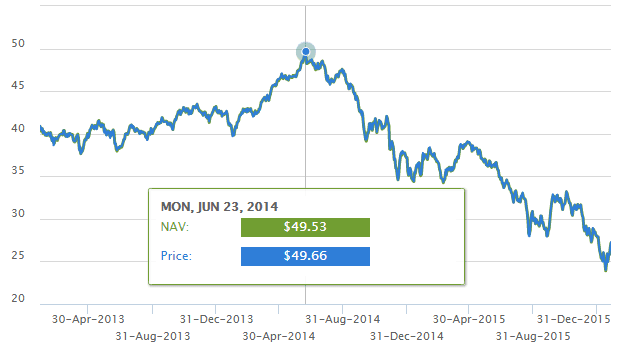 After oil prices peaked at $106 in early June 2015, IXC prices peaked three weeks later the same month. While IXC performance lags the oil prices, it is clear that they have a positive correlation.

For the winners, economies that import oil such as the United States (yes, the US is still a net importer despite its record production), the Eurozone, Japan and China are all winners in this environment. The low oil price is similar to a tax cut for them.

The US has increased its domestic source of oil from 70% in 2005 to 90% in 2015. However, it still has to import the remaining 10% from the rest of the world but it is increasingly less reliant on external sources. Ever since the painful oil shock of 1973, the US had made steady towards energy independence.

Airlines, whose main no. 1 expense is jet fuel, are also benefiting from the low oil prices. Lower costs mean better profit margins for airlines and the S&P Airline index rose steadily in 2014 as oil prices were tumbling.

Transportation and freight will also benefit from lower fuel costs. The automobile industry will also get a boost as consumers choose to drive more and purchase new cars as fuel costs lower. Industries that use oil as raw material will also benefit – for example, companies that create your plastic bags and building materials from polymers that are extracted from oil product. As oil prices hit new lows, their cost of raw materials will continue to decline.

With the recent inclusion of Iran into the world’s oil supply and Saudi Arabia’s reluctance to cut production, the supply will continue to flow for the foreseeable future. Coupled with weaker demand due to China’s slowing economy, it doesn’t seem oil prices will rise drastically upwards anytime soon. Not great news for oil companies, but one I would gladly accept as a consumer who loves lower prices overall!