I always hesitated to attend Berkshire Hathaway’s annual shareholders meeting for many years for one simple reason: Berkshire’s meeting always clashed with the bulk of local AGMs in Singapore – many of which I attend. But finally, I decided to head to Berkshire’s meeting this year on an invitation from my friend, Mark, who advised me to do so before Buffett kicks the bucket (hopefully not anytime soon!).

So I flew all the way to Omaha, Nebraska to attend probably the longest AGM I’ll ever sit through (over seven hours long — and I arrived two hours earlier to get good seats) and, undoubtedly, the best one I’ve experienced thus far. Warren Buffett and Charlie Munger answered questions with immeasurable clarity and wisdom – much of which could be applied not only to investing, but life as well. The duo also share a great sense of humor and are highly entertaining, which is perhaps the reason why I wasn’t much at all surprised when many of the people I met there told me they’ve been attending Buffett’s annual meetings for the last ten to twenty years. 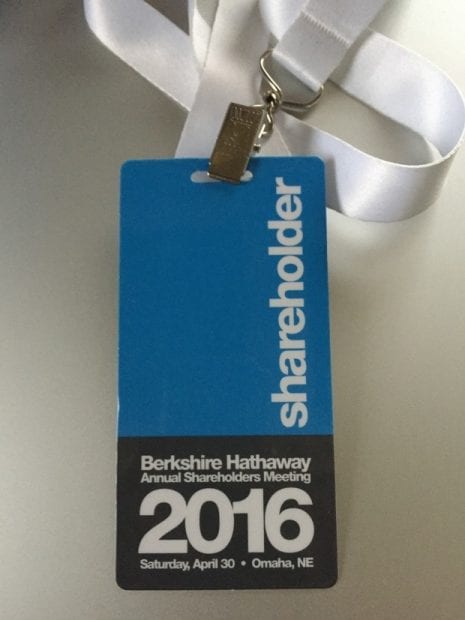 With prices for hotels and accommodation spiking during the weekend the meeting is held, flying into Omaha from our neck of the woods can easily set you back a few thousand dollars. Which is why the irony wasn’t lost on me when the one year I finally decided to pay homage to Buffett in person, he decides to stream Berkshire’s annual meeting live on the internet for the first time. (You can watch a replay of the event for the next 30 days after the meeting.)

Fortunately (for me), what wasn’t captured on the live stream were some really good video snippets about Berkshire’s portfolio that were played before the meeting started. Trust me, the videos were extremely entertaining and humorous! Each video sent the crowd in the stadium into hoots of laughter and amusement. You really have to be there to witness the electricity and energy in the atmosphere.

So if you didn’t have the privilege of being there live, here are 33 quick things I learned from Berkshire Hathaway’s annual shareholders meeting. I strongly encourage you to watch the replay of the meeting because nothing, including this article, is better than watching the event yourself. 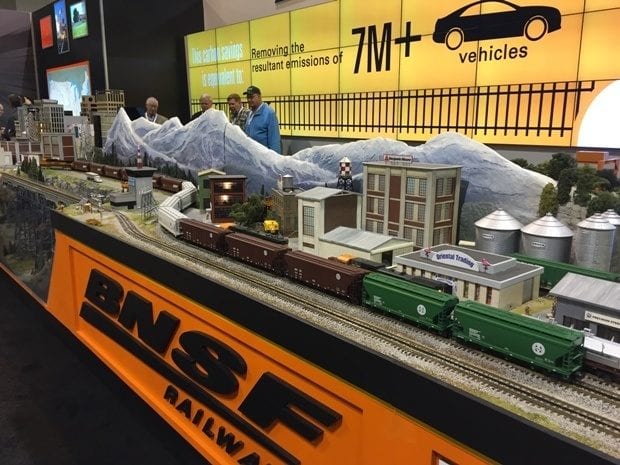 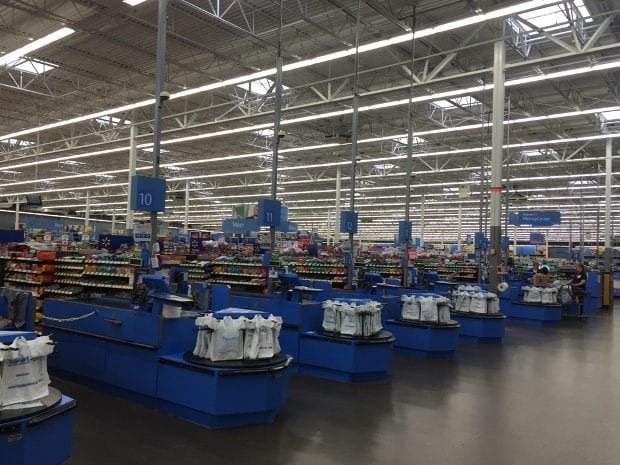 One of the Walmart’s supercentres in Omaha. It’s HUGE; economies of scale at play.

“We’ve operated under price controls. We’ve had 52% federal taxes applied to our earnings for many years. They were higher at other times but we’ve had regulations come along and in the end, business in this country has done extraordinarily well for a couple of hundred years and it has adapted to the society and the society has adapted to business. This is a remarkably attractive place in which to conduct a business.” – Warren Buffett 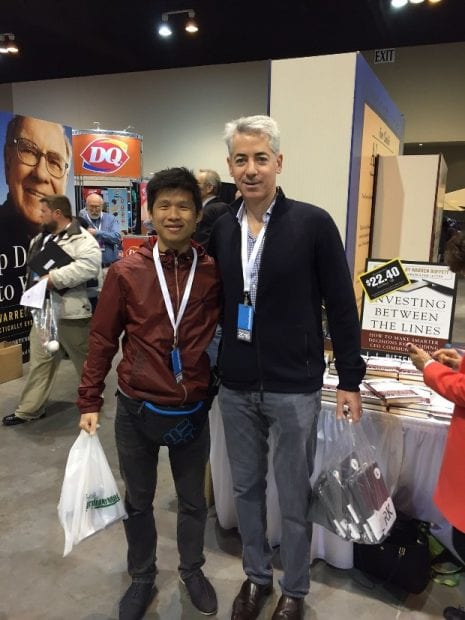 Photo of me and Bill Ackman. Bill Ackman has been actively defending his position in Valeant. Wish you all the best, Bill! 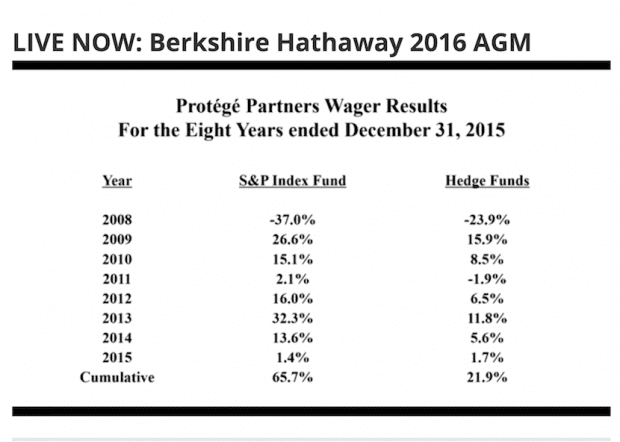 Data used by Buffett during the AGM.

“If you were a psychotic back far enough you’d throw a stone at the guy in the next cave and it would sort of limit a relationship with damage due to psychosis and that went along through bows and arrows and spears and cannons and various things and in 1945 we unleashed something like the world had never seen and that is a popgun compared to what can be done now. There are plenty of people that would like to cause us huge damage…”

“I think it’s hard to have the flexibility of mind that you have if you just think you have a (hopefully) large and growing pile of capital and trying to figure out what the next best move is that you can make with that capital. I think we do have a real advantage that way, but I think Amazon’s got a real advantage, too.” -Warren Buffett

“You do not need IQ in the investment business that you need at certain activities in life but you do have to have emotional control.” – Warren Buffett

“Assessing the probabilities of business threats being a minor problem, or a major problem, or a life threatening problem – it’s a tough game but that’s what makes our job interesting.” – Warren Buffett

“If you reward somebody with some share of the profits and the profits are being reported using accounting practices that cause profits to exist on paper that aren’t really happening. In terms of underlying economics then people are doing the wrong thing and it’s endangering the bank and hurting the country and everything else. That was a major part of the cause of the Great Financial Crisis – the banks were reporting a lot of income they weren’t making, and the investment banks were too.”

“We want it simple and right and we don’t want to reward what we don’t want. Those of you with children, just imagine how your household would work if you constantly rewarded every child for bad behaviour. The house would be ungovernable in short order.” – Charlie Munger