The search for high-quality dividend stocks seems never-ending. We favour the combination of steady earnings growth and a rising dividend payout for long-term investments. Over time, these companies help investors compound their wealth more effectively than lesser-quality stocks.

One place to look for quality dividend growth stocks are the Dividend Aristocrats, an elite group of dividend stocks that generally have sustainable competitive advantages, long-term growth, recession resilience, and rising dividend payouts.

In this article, we’ll take a look at what it takes to be a member of the group, as well as five Dividend Aristocrats that we think are worth having a look at.

What are the Dividend Aristocrats?

This criteria is quite difficult to meet, given the company has to weather all sorts of downturns, recessions, and competitive threats for decades to hit this milestone. That helps explain why there are just 65 Dividend Aristocrats, and why the group is considered the best of the best in terms of dividend stocks.

The group is diverse in terms of industries represented, but as one might imagine, about half of the total list of Dividend Aristocrats is in consumer staples, industrials, or materials. These sectors tend to be reliable dividend payers, and they collectively make up about half of this exclusive club.

Now, let’s take a look at five Dividend Aristocrats we like.

The first stock we’ll highlight is Stanley Black & Decker (SWK), a maker of tools that traces its roots back to 1843. The company competes in several related areas, including tools and storage, industrial equipment, and security businesses. Through these segments the company offers its well-known line of power tools and equipment, lawn and garden tools, fastening systems, welding and pipe handling equipment, commercial electronic security systems, and more. Stanley Black & Decker produces more than US$17 billion in annual revenue and trades with a market capitalization of US$30 billion.

The company has a massive 54-year streak of dividend increases, which has been made possible by strong execution of a strategy that relies upon acquisitions, as well as organic growth, that has proven quite sustainable in all sorts of economic conditions.

The company is projected to hit 8% annual earnings-per-share growth in the coming years, and similar dividend growth. The stock also yields about half a percent more than the S&P 500.

Next up is Archer-Daniels-Midland Company, an agricultural firm that was founded in 1902. The company procures, transports, stores, processes, and distributes agricultural commodities in the U.S., primarily.

The company offers various products, including oilseeds, corn, wheat, and other commodities, as well as storage and transportation of feed, energy, shortening, and other food products. Archer-Daniels-Midland has a 46-year streak of dividend increases, and also yields a full percentage point more than the S&P 500.

The company’s earnings growth has been choppy at times in the past, but it has also managed to grow earnings enough over time to continue to raise the dividend, something that is likely to continue for many years to come.

Our next Dividend Aristocrat is Becton, Dickinson and Company, a medical supplier that was founded in 1897. The company develops, manufactures, and sells medical supplies, devices, lab equipment, and diagnostic products globally. It offers one-time use products such as IV and catheter lines, dialysis catheters, vascular care products, syringes and needles, and more. Becton, Dickinson and Company generates about US$19 billion of annual revenue and trades with a market capitalization of US$70 billion.

The company recently hit an extremely impressive 50-year streak of dividend increases, which was made possible by the non-discretionary nature of its product catalogue. This has allowed the company to thrive during recessions, which has also allowed for steady earnings growth over time.

The payout ratio is quite reasonable despite the 50 consecutive years of dividend increases, and the stock’s current yield is about even with the S&P 500. The company is projected to hit 10% annual earnings growth in the coming years, which should result in many more years of dividend growth as well.

Next up is Walgreens Boots Alliance, a pharmacy and retail company that was founded in 1901. The company operates through a network of about 9,000 retail stores globally, although its footprint is concentrated in the U.S.

Walgreens Boots Alliance generates most of its operating income through its pharmacy operations. The company generates more than US$130 billion in annual revenue and trades for a market capitalization of US$43 billion.

Like the others on this list, Walgreens Boots Alliance has an extremely impressive 46-year dividend growth streak, putting it among the best in the U.S. stock market by that measure. The company’s pharmacy business produces steadily rising revenue and profits over time, with predictable revenue streams and strong margins.

This affords the company ample free cash flow to not only pay the dividend, but raise it over time. We can expect Walgreens Boots Alliance to produce many more years of dividend increases, building upon its current 3.8% dividend yield.

Finally, we have AT&T, a telecommunications company that was founded in 1983 in its current form, but traces its roots back to the origination of telephone service in the late 1800s.

AT&T operates a very large wireless service business, in addition to a massive catalogue of entertainment services and content. AT&T owns WarnerMedia and DIRECTV, among brands, and has attempted to build a global content library to rival any other. The company is in the midst of undoing some of that with a planned spinoff, but its ability to generate predictable earnings has afforded it 36 years of consecutive dividend increases. AT&T generates about US$168 billion of annual revenue, and after a weak period in the stock, trades for a market capitalization of US$179 billion.

Despite its recent tough period, the company has a spinoff planned for shareholders that should undo some of the sins of the past in terms of trying to build a conglomerate of entertainment and services. In addition, the spinoff will allow AT&T to continue to reduce its massive debt load, and focus more on growing its businesses in a more targeted way, which is something the company lacks at present.

We see modest low-single digit growth ahead, but with a reasonable payout ratio, we think AT&T and its 8%+ yield offer plenty to shareholders today, making it one of the most desirable Dividend Aristocrats in our view.

Investors have plenty of choice when it comes to income stocks, but we think the tried-and-true method of starting with the Dividend Aristocrats still yields the best results. The group meets a high standard of dividend longevity, and the five we highlighted here are some of the best of the bunch. For those investors looking for a place to put their money, we think the Dividend Aristocrats is a great place to start. 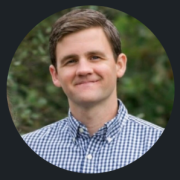 Josh Arnold is a long-time writer and independent investor. He has written thousands of articles covering the broader markets and individual companies during his career, with a focus on value and income generation. He also writes for Sure Dividend.