Daibochi Plastic & Packaging Industry Berhad (Bursa: DAIBOCI) is a classic example of finding an investment idea while grocery shopping in the supermarket. When you visit the supermarket, you will realise that many food products like your Cadbury chocolate bars and Milo sachets require packaging.

A company has to produce and manufacture all that packaging — and Daibochi is one of the leading flexible packaging manufacturers in Malaysia and Southeast Asia.

1. Consistent growth in revenue and profit 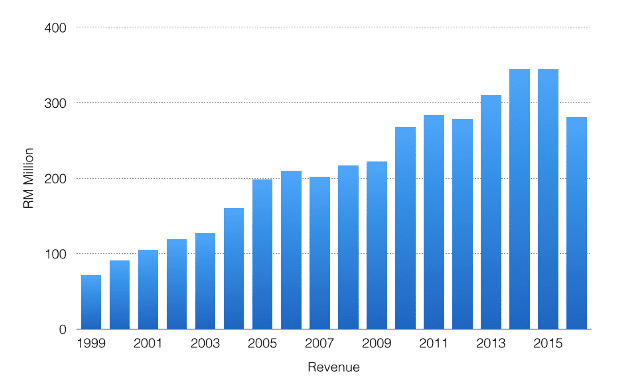 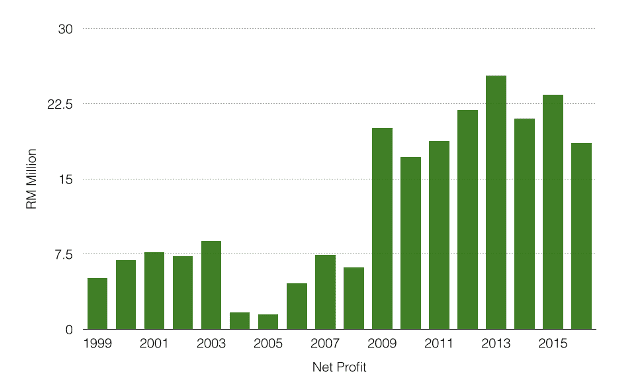 2. Increases in oil and raw material costs will affect the company 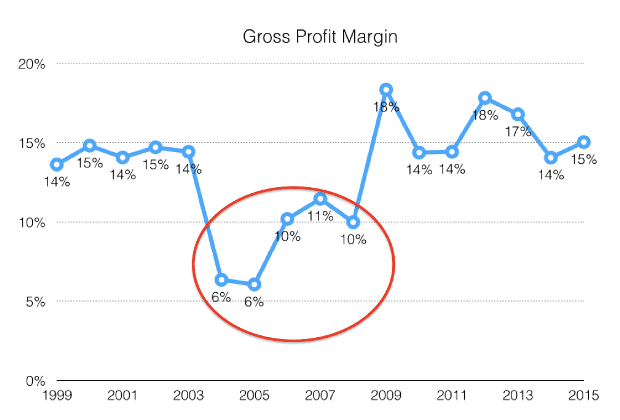 Flexible packaging is the use of plastic film to package food. Plastic is a by-product of oil which is why any increase in oil prices will affect the company’s bottom-line.

From 2004 to 2008, the company was adversely affected by higher oil and raw material costs. During that period, Daibochi’s gross margins dropped to 6-11 compared to the 14-15% margins we normally see over the last 17 years. This explains the drop in net profit from 2004 to 2008 in the net profit chart you saw earlier.

3. 80% of their customers are multi-national companies

Daibochi’s customers are mainly from the food and beverage industry which accounts 90% of total sales. 80% of their customers are MNCs like Nestlé, Mondelez International, Kimberley Clark, Unilever, Colgate-Palmolive, etc. 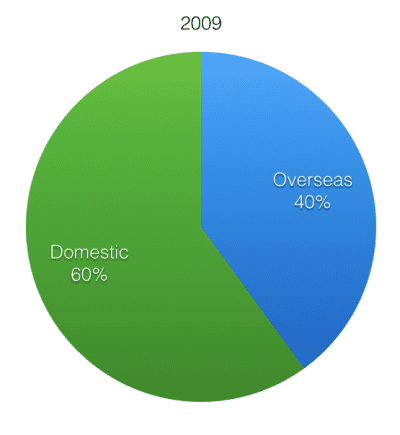 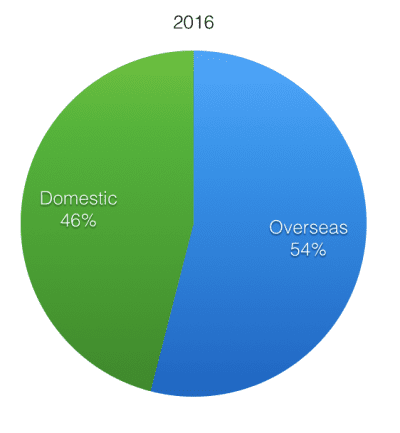 Fast forward to 2016, Daibochi no longer relies as heavily on domestic sales as it now contributes 46% of total revenue.

Moving forward, Daibochi is likely to increase their export sales as they recently set up a joint venture in Myanmar to expand their flexible packaging production and supply in the country. 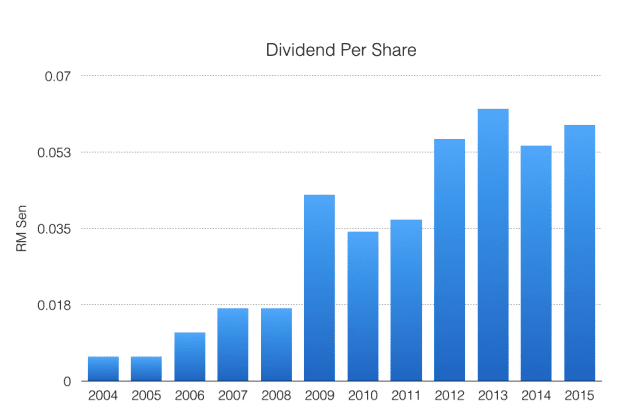 Daibochi has been paying a dividend for the past 12 years. Despite the subprime crisis in 2008/09, the company was still able to pay a dividend and then increased the dividend substantially after the crisis blew over.

This speaks volumes about the company’s financial strength and dominance in the industry where they’re able to maintain profitability even during tough times.