Singapore’s economic outlook for 2016 is modest despite challenges. The finance and insurance sectors are expected to support overall growth, the manufacturing sector is likely to remain weak , growth in labor-intensive sectors such as retail and food trades may be hampered due to labor constraints, and overall office leasing demand is likely to be suppressed.

In addition, there are also supply concerns with a large quantum of new office space expected to come on-stream within the next 12 months. Marina One, DUO, Guoco Tower are just a few of the many upcoming developments in 2016 that might pose as competition to the existing assets held by CapitaLand Commercial Trust (CCT). 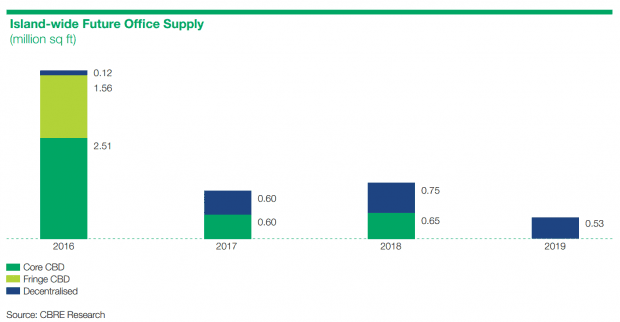 Despite that, Lynette Leong, CEO of Capitaland Commercial Trust, reassured shareholders that they are in good hands as CCT has created innovative measures to retain and attract tenants — especially in times like these which call for loyal and trusted tenant relations. She emphasized that only by carving out a competitive advantage with regards to its rental spaces, will CCT be better positioned to face any oncoming challenges, despite the highly competitive office REIT landscape. In short, many shareholders were happy and appreciative of the management of the REIT.

However, some had concerns with regards to the board’s ability to maintain and improve DPU payouts in the upcoming months. A few shareholders even joked about how they felt that management fees were too high and should be reduced for the benefit of shareholders.

Lynette Leong playfully laughed it off by pointing out that CCT already has the lowest management fees amongst all REITs in Singapore and joked that she might have put shareholders’ interests too high a priority over her own.

The management did a good job answering the questions raised by shareholders and here are six points I took away from CapitaLand Commercial Trust’s FY2015 AGM: 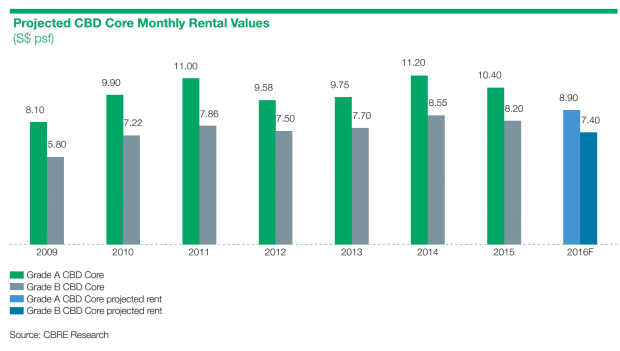 In spite of the surplus, Grade A and Grade B rents are not expected to reach levels seen during the Global Financial Crisis in 2009. As the market moves in favor of tenants, it will allow them to benefit from lower rents and landlords have to start offering more competitive lease terms to retain existing tenants. Vacancy levels will remain relatively low in 2016, as seen by the 97.1% occupancy rate of CCT properties.

However, in the long term when leases expire and the pipeline of developments comes onto the market, occupancy rate could see a dip as tenants have more choices. As such, negative rental reversions might occur for expiring office spaces that have leases higher than the current market rate of $8.90/psf and $7.40/psf.

CCT aims to retain existing partners and attract new tenants in light of the looming oversupply on the office rental market in the coming years through a 3-pronged approach:

CCT has placed emphasis on these initiatives to ensure they have a competitive advantage over other office REITS, their existing tenants remain loyal and continue to renew their leases during tough times like. Additionally, new tenants will be attracted to rent office spaces from CCT as there are numerous intrinsic benefits to lease from them.

With such initiatives, CCT will be able to command higher than market rate rents and aim to maintain or increase its 97.1% occupancy rate from 2015.

The above four buildings are Grade A CBD properties that contribute to 75% of CCT’s net property income (NPI). Hence, the new leases secured for these buildings are very important in forecasting CCT’s upcoming DPU.

8.2% of the leases will be expiring in 2016 and as the market rate for Grade A CBD Core rents is projected at $10.40 psf, we are likely to observe a positive rent reversion for FY2016 as the expiring leases have a total weighted average of $9.57/psf.

However, as we look towards the leases expiring in 2017 and 2018, the weighted averages are at $10.26 and $10.61 respectively. Thus if office rents continue to drop due to oversupply and softening demand, it is possible that CCT might see a drop in NPI as the new leases might not be able to fetch as high a price.

4) CapitaGreen is a shining star for CCT

Emerging from the redevelopment of the former Market Street Car Park, CCT’s 40-storey Grade A office building, CapitaGreen, celebrated its grand opening on 9 September 2015 following its completion on 18 December 2014. As at 31 December 2015, CapitaGreen has achieved an aggregate leasing commitment of 91.3% of NLA.

The high occupancy rate for the asset is expected to translate into progressive revenue contribution for CCT in 2016 from its 40% stake in CapitaGreen, which will help CCT to mitigate potential headwinds in the office market. For FY2015, the property has contributed $8.4 million in NPI.

CCT has the option, exercisable within three years from 2015 to 2017, to acquire the remaining 60% of CapitaGreen from its joint venture partners, CapitaLand and Mitsubishi Estate Asia. Despite the good results delivered by CapitaGreen thus far with committed rents at $11.47 – $13.00/psf, the management stated they are still looking for the best time to exercise their call option. At this point in time, acquiring CapitaGreen will not be yield accretive.

Purchase price of the remaining 60% will be at market valuation subject to a minimum price. The minimum price computation is based on actual costs incurred since commencement of development in 2011 compounded at 6.3% per annum (less any net income received).

CCT has strong financial ratios especially with its debt levels as seen in the table above. Given that all its assets are unencumbered, CCT is able to take out loans at more favorable rates if they do decide to increase their gearing levels.

With its low gearing ratio, solid financials, and interest coverage at 7.4 times, CCT is well positioned to take on any economic setbacks in the near future as it has the fundamentals to tide through tough times. Having an additional debt headroom of $1.3 billion dollars (assuming a gearing ratio of 40%) will give CCT the flexibility to exercise additional means to grow its asset portfolio or optimize its existing assets. 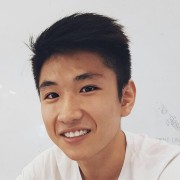 Lim Hong Yu is currently an undergraduate at Nanyang Technological University. A member and analyst of the NTU Invest Academy, Hong Yu believes in investing early to let the power of compounding work for him.