There are many ways to invest. Although I personally tend to focus on the quality of a business rather than its valuation when I invest, I also know of many successful investors who invest in deeply undervalued or out-of-favour stocks, regardless of the quality of the business. And if you happen to be such an investor, you would be interested in beaten-down companies with a potential for a turnaround.

In Bursa Malaysia, there is hardly a more out-of-favour company right now than Felda Global Ventures Holdings Berhad (FGV) (Bursa: 5222). Hailed as one of the largest IPOs on Bursa Malaysia in 2012, FGV is now one of the worst performing government-linked companies in Malaysia.

Its net profit has dropped more than 96% from 2012 to 2016, its leverage ratio has been edging up, and it is now tangled in a massive corporate scandal. Does FGV have the ability to turn its business around in the future?

Here are 9 things you need to know about Felda Global Ventures:

Felda Holdings Berhad is the largest crude palm oil (CPO) producer in the world, with 71 palm oil mills and many refineries in its operation. FGV also leases an additional 355 thousand hectares in oil palm plantation from FELDA. This made the company one of the largest oil palm companies in the wolrd. FGV is also invested in the sugar and logistics businesses.

2. FGV has been able to grow its revenue over the past four years. This was especially significant in the 2014 financial year as the company bought the remaining 51% interest on Felda Holdings Berhad, taking full control of the company. Unfortunately, that has not translated into profits. 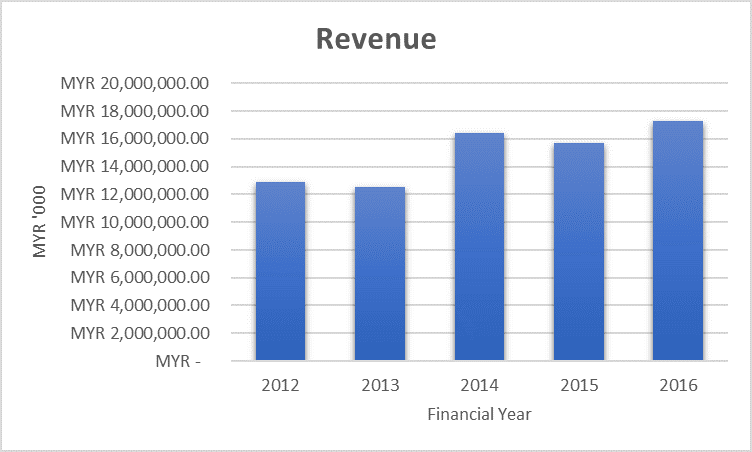 3. Over the past four years, Felda Global Ventures’ net profit has fallen drastically. In 2012, the year it was listed, the company achieved a net profit of about RM800 million. However, within four years, the company saw its net profit plunge 96% to just RM29.6 million in 2016! 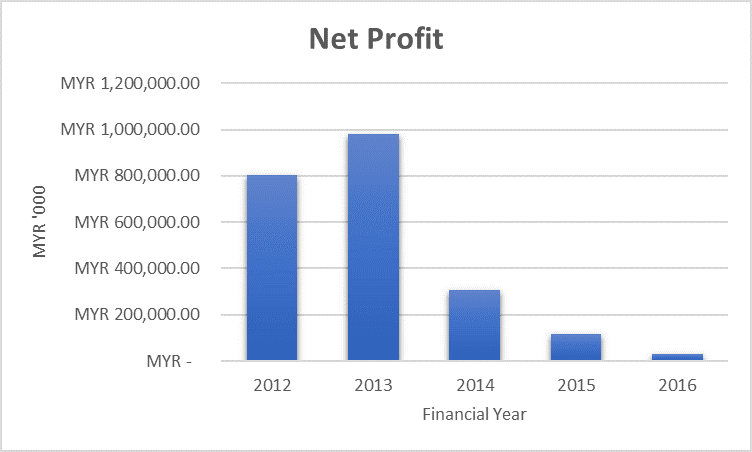 The huge decline was due to a number of factors. The company was affected by higher operating costs. The raw sugar price fell to its lowest point in 2015. And the company faced impairment and provision losses as it had to close four palm oil mills and a palm oil refinery in 2016. On top of that, the company also suffered an impairment on its receivables and other assets, including its joint venture company.

So FGV has suffered a number of huge setbacks in the last few years, to say the least. Some of them due to the macro environment. (Thus, FGV might see an improvement as the sugar and palm oil industries rebound.) However, other issues are directly related to the company and its management. For example, the impairment losses in its joint ventures will need to be addressed by the company before it can fully recover from its setbacks. 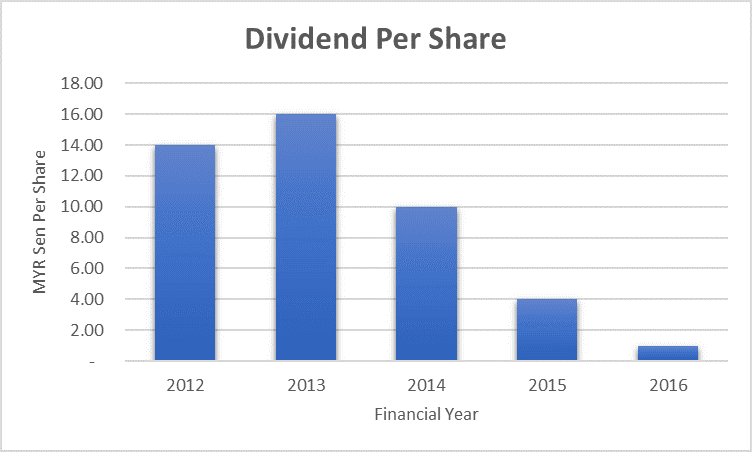 5. Being a commodity company, Felda Global Ventures has a huge investment in assets, buying over palm oil mills, refineries, plantation, and its related logistics assets. However, due to its impairment losses over the past few years, its net assets per share has stayed relatively stagnant from 2012 to 2016. 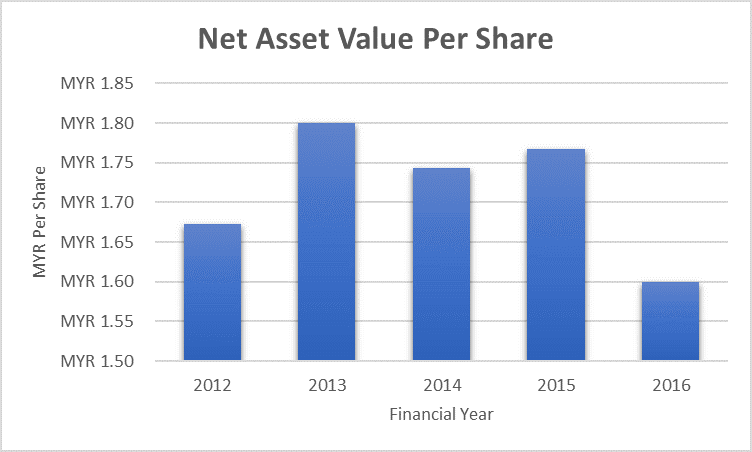 6. Due to its fall in net profit, Felda Global Ventures also saw its return on equity diminish to almost nothing. Given that its ROE was around 13% to 15% in 2012-2013, it might suggest its ROE potential is in that range if FGV was able to turnaround its business. 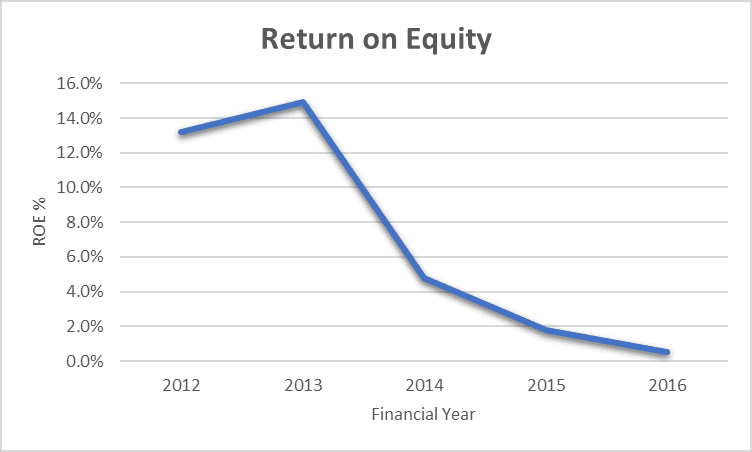 7. Felda Global Ventures’ debt level has increased significantly over the past four years. From a net cash balance sheet in 2012 after its IPO, the company now has a net debt to equity of 58.9%. If the company is not able to find ways to turn around its business, its debt level might continue to increase going forward.

8. Felda Global Ventures has come under the view of the Malaysia Anti-Corruption Commission (MACC) after some irregularities were found in its subsidiary. Both the MACC and officials from the Prime Minister’s Department were brought in to investigate the issue. This led to the resignation of its chairman and a number of directors. The incident also greatly affected the reputation of FGV, making investors wary of the corporate governance in the company.

9. The price-to-book ratio of Felda Global Ventures has dropped close to 1.0 due to the continuous decline in its business. For investors who are interested in hunting for out-of-favour companies and turnaround situations, FGV might be a potential candidate.

Felda Global Ventures is still one of the largest palm oil companies in the world. It is also the largest sugar processor in Malaysia. Given its numerous challenges faced over the last few years, the company’s share price has fallen to the floor.

For investors who are focused on deep valuations, this might be a possible turnaround to consider. Personally, as an investor who focused on quality businesses, I will not be rushing to invest in FGV anytime soon.

Related: A competitive comparison of the 6 largest plantation companies in Malaysia