Founded in 1976 by Steve Jobs and Steve Wozniak, Apple is an American multinational technology company that designs, manufactures and markets smartphones, personal computers, tablets, wearables and accessories, and sells a variety of related services headquartered in Cupertino, California, United States.

Apple focuses mainly on the R&D and design of its hardware products, while the hardware is primarily manufactured by outsourcing partners that are located mainly in Asia, with some Mac computers manufactured in the U.S. and Ireland.

By total revenue, Apple is the fifth largest company as of 2022. In FY2022, Apple generated US$394 billion in revenue despite the uncertain economic environment. As of 2022, Apple has over half of the smartphone market share in the U.S. and more than a quarter of the market share globally.

The Sankey chart below shows the company’s revenues and expenses for FY2022. It illustrates how net sales flow through to costs and, ultimately, net profit.

Let’s have a look at Apple’s five key business segments:

The iPhone is Apple’s line of smartphones based on its iOS operating system. The current iPhone line includes iPhone 14 Pro, iPhone 14, iPhone 13, iPhone SE, iPhone 12, and iPhone 11. This is Apple’s marquee product and core revenue contributor as it represents 52% of the company’s top line in FY2022.

Apple released the new iPhone 14 and iPhone 14 Plus to the market in September 2022 which comes with a new dual-camera system with camera upgrades for sharper photos, industry-leading durability, and longer battery life. The iPhone segment grew 7.0% year-on-year and hit US$205.5 billion in net sales in FY2022.

The Mac is Apple’s line of personal computers based on its macOS operating system. The Mac line includes laptops MacBook Air and MacBook Pro, as well as desktops iMac, Mac mini, Mac Studio and Mac Pro. This segment achieved record sales in FY2022 and grew 14.2% year-on-year to US$40.2 billion.

Apple explained in its Q4 FY2022 conference call that the exceptional results were due to new product launch of the MacBook Air and MacBook Pro powered by the M2 chip, coupled with filling existing backlog demand as supply chains returned online.

The iPad is Apple’s line of multipurpose tablets based on its iPadOS operating system. The iPad line includes iPad Pro, iPad Air, iPad, and iPad mini. Apple envisioned the tablet as a bridge between the smartphone and laptop, with the capabilities to be both. This segment is Apple’s smallest revenue contributor.

iPad posted a weaker performance in FY2022 and saw net sales decline by 8.1% to US$29.3 billion. This was mainly due to a late launch in October for the iPad Pro this year which wasn’t fully captured in the results for FY2022 which ends in September.

This segment includes the Apple Watch, AirPods, Beats headphones, Apple TV, and more. The segment grew 7.5% year-on-year in FY2022, driven by the launch of the new Apple Watch Ultra and Series 8, and AirPods Pro. The new AirPods Pro have advanced noise cancellation features cancelling up to twice as much noise over the previous model and better overall sound quality. Apple is also the global leader in wearables with a 30% market share worldwide.

Other than its hardware segments, Apple also provides services including AppleCare, cloud services, digital content, advertising, and payment services. This segment grew 14.2% to US$78.1 billion in FY2022.

Payment services comprises Apple Card and Apple Pay. At this point in time, Apple Card only available in the U.S., while Apple Pay is available in selected countries around the world. Apple Pay is built into Apple devices like a digital wallet which allows users to make payment without holding physical credit cards. Apple charges financial institutions 0.15% per Apple Pay transaction. Apple Card is a digital/physical card that Apple launched together with Goldman Sachs. Apple Card also helps to track your spending behaviour like categories, time, and location. Users also earn daily cash backs when they use their iPhone or Apple Watch to make payments via Apple Card.

Apple is primarily a hardware company that has tied its products together with a seamless user experience through its software. The iPhone remains Apple’s crown jewel, but its Wearables and Services are the company’s fastest-growing segments as customers increasingly adopt wearable technology and subscribe to Apple’s suite of digital services. 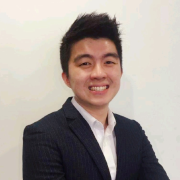