In this article, I’ll bring a detailed account of past contributions of every property segment in A-REIT thus far and provide updates to assess whether it is capable of delivering sustainable distributions to unitholders in the near future. Here are 12 things you need to know about Ascendas REIT before you invest. 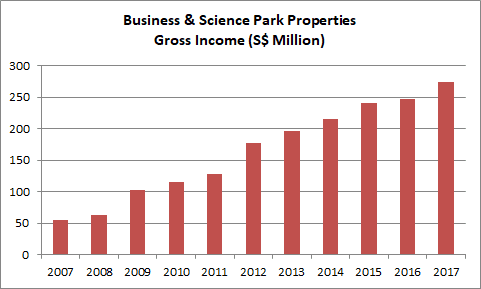 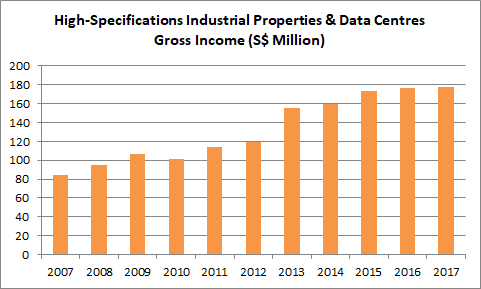 3. The Logistics & Distribution Centres segment is the third largest segment of A-REIT. The portfolio consists of distribution centres and warehouses where their tenants include third-party logistics providers, manufacturers, and trading companies. In this segment, A-REIT has expanded its number of properties from 18 in 2007 to 23 in 2010. Since then, it has maintained its portfolio at 23 properties worth S$1.28 billion as at 31 March 2017. This segment has reported growth in gross income, up from S$75.3 million in 2007 to S$123.1 million in 2017. 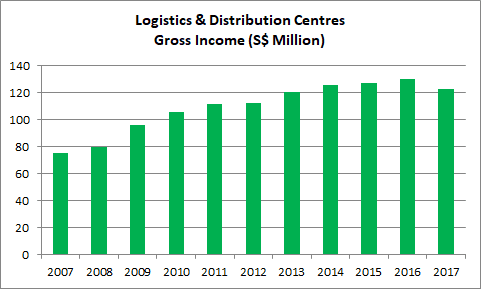 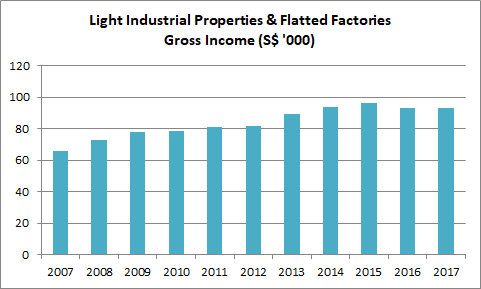 5. The Integrated Development, Amenities & Retail Properties segment is the smallest segment of A-REIT. It consists of three properties: Courts Megastore, Giant Hypermarket and the Aperia which was acquired in 2014. The property is a three-storey retail and F&B podium integrated with the Business 1 Development in Kallang, Singapore. Presently, the Aperia is the biggest property and the main income contributor to this segment. Prior to its acquisition, this segment made S$15.0 million in gross income in 2014. It has since substantially increased to S$61.2 million in 2017. 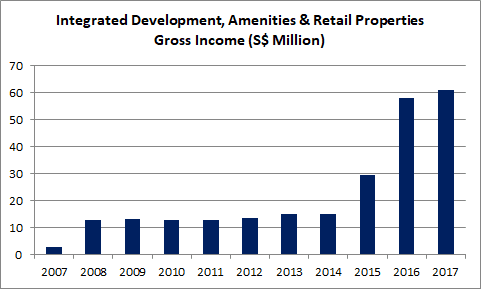 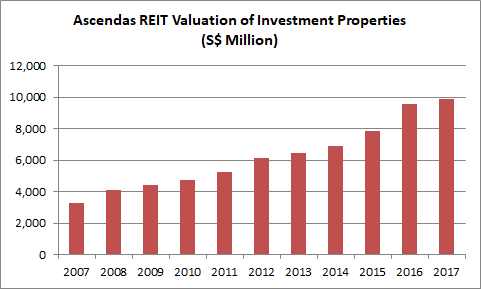 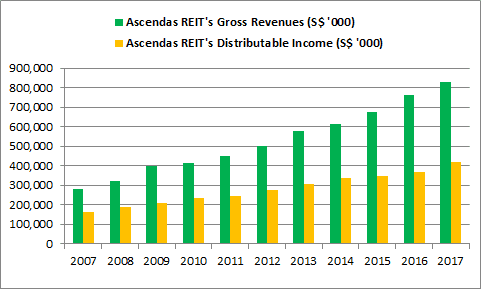 Read also: 5 reasons why you should invest in S-REITs

10. As at 31 December 2017, A-REIT has a 91.1% occupancy rate for its portfolio. It has around 1,350 tenants and its top 10 tenants account for 20.6% of its gross rental income. This indicates that A-REIT is not substantially reliant on a single tenant or a single industry or a single piece of property for its source of income. As of 31 December 2017, 19.5% of A-REIT’s leases (based on gross revenue) will expire within the next 15 months. Therefore, the continuity of income from these leases depends on the management’s ability to secure renewals or new lease agreements for these spaces. On a positive note, 41% of leases will only start to expire in 2022 onwards. This adds to the income visibility of A-REIT. 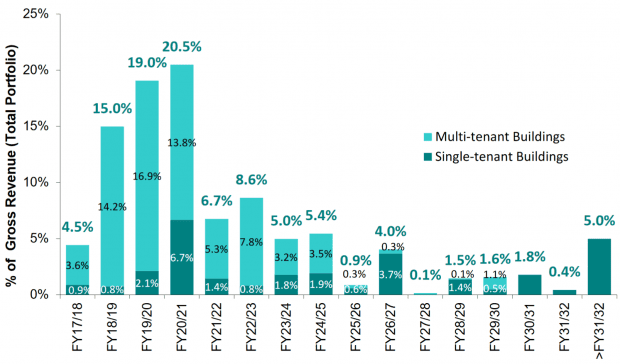 11. As at 31 December 2017, A-REIT has total borrowings of S$3.65 billion and its aggregate leverage is 35.2%. Thus, the REIT has an available debt headroom of around S$1.0 billion to finance acquisitions for future growth. In March 2017, A-REIT acquired three properties in Australia: 52 Fox Drive in Melbourne for S$26.5 million, 100 Wickham Street in Brisbane for S$90.3 million, and 108 Wickham Street in Fortitude Valley for S$109.0 million. As such, Australia makes up 16% of A-REIT’s overall portfolio.

Since its listing in 2002, Ascendas REIT has built a track record of delivering growth in asset value, revenues, and income distribution to unitholders. In fact, as of January 2018, Ascendas REIT has returned 436% since its IPO inclusive of dividends. With a gearing ratio of 35% and an extensive pipeline of potential acquisitions, Ascendas REIT is currently in a firm position to grow its portfolio to increase and diversify its future income.

Finally, just a quick reminder: 2018 applications to join Dividend Machines close Sunday, 18 March 2018, at 23:59 hours. If you’re looking for a way to learn how to invest in dividend stocks and REITs and build multiple streams of passive dividend income, then we highly recommend you check out Dividend Machines before applications close!