Auric Pacific Group Limited (APGL) (SGX: A23) came to our attention recently when our editor-in-chief, Adam Wong, was trawling company announcements on the SGX. (I know… he has no life.)

He noticed a number of insider trades in APGL – particularly by one executive director, Dr Andy Adhiwana. Executive director Dr Andy Adhiwana has been acquiring shares of APGL from September 2015 till date. He has purchased a total of 3.2 million shares at a total value of $2.3 million so far. The average purchase price is $0.72 per share. In the process, he has increased his ownership from 21.88% to 24.46%. Adam shared the news with me and I decided to find out more about the company to see if there was any potential investment opportunity brewing.

So let me give you a brief background on APGL’s business.

With that, let’s move on to four important things you need to know about Auric Pacific Group:

Of which, impairment loss of intangible assets recorded a loss of $37.2 million. This impairment stems from APGL’s food retail segment. APGL’s intangible assets were valued at $109.3 million when they acquired Délifrance and Food Junction in 2008. It seems both acquisitions are not doing too well and intangible assets have been significantly written down to $36.6 million by 2015.

2. Food Retail and Food Court Segments Have Been Poor

3. Dividends Suspended for the First Time in 14 Years 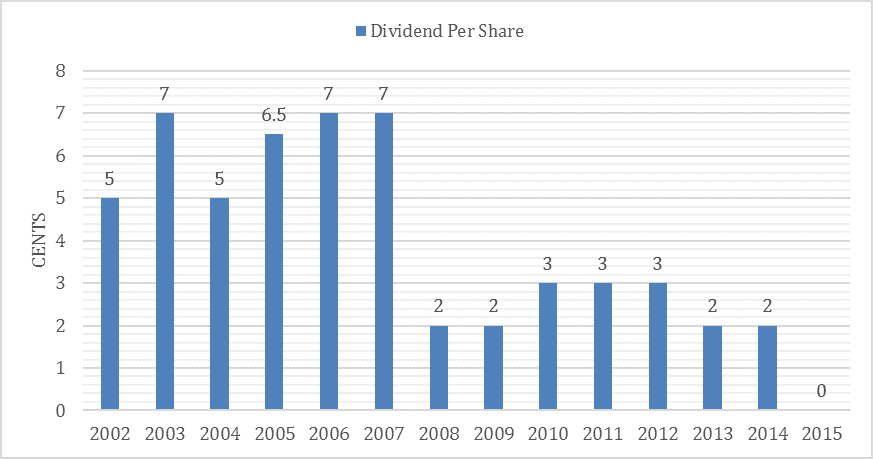 Due to the losses made, APGL decided not to pay a dividend for FY2015 — the first time the company has suspended dividends in the last 14 years. In any case, APGL’s dividend per share has been steadily declining since 2002.

4. Price-to-Book Ratio is not Attractive Enough 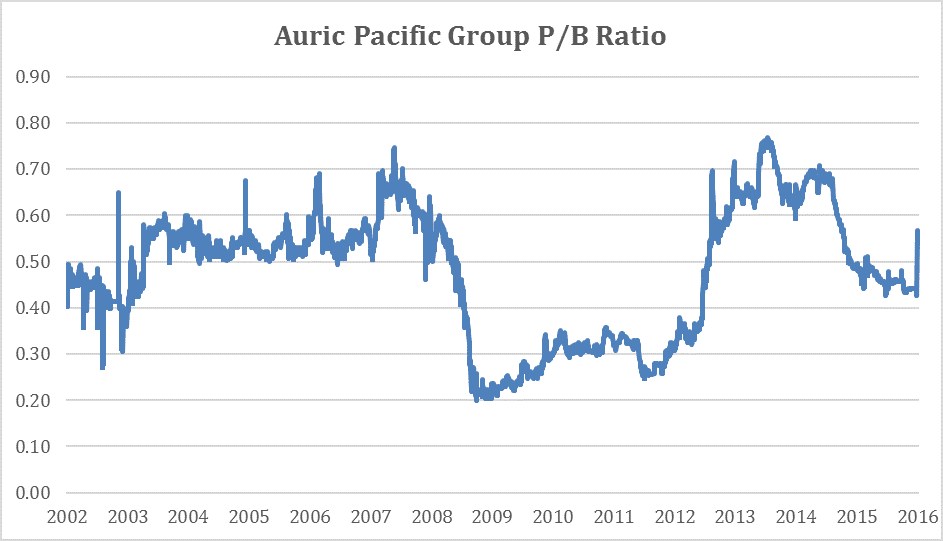 APGL’s price-to-book ratio is 0.56 as of 9 March 2016. While this might seem like a significant discount to its book value, the chart above shows that the stock has been historically trading at this range the last 14 years. Moreover, APGL’s book value dropped recently due to the impairment losses which caused its P/B to spike.

So even though an insider is heavily buying shares (for whatever reasons), it doesn’t mean you should blindly follow suit. It’s important to have a buffer for error whenever you invest and there really isn’t a sizeable margin of safety right now based on APGL’s historical P/B ratios.