CapitaLand Commercial Trust (CCT) was listed on 11 May 2004 as the first commercial REIT on the SGX. It invests in a portfolio of 10 commercial properties in Singapore worth S$10.4 billion as of 31 December 2017 and, hence, remains the largest commercial REIT in the country.

In this article, I’ll bring a detailed account of the performance of each property owned by CCT, their impact to CCT’s financial results, and discuss CCT’s plan to deliver sustainable returns in the future. Here are 15 things you need to know about CapitaLand Commercial Trust before you invest.

1. Capital Tower is a 52-storey Grade-A office building which is linked to the Tanjong Pagar MRT station. In 2017, the building is valued at S$1.36 billion, accounting for 13.1% of CCT’s total portfolio value. It enjoys a 99.4% occupancy rate with key tenants such as GIC Private Ltd, JP Morgan Chase Bank, and CapitaLand Group. Overall, it reported growth in gross revenue from S$61.2 million in 2013 to S$72.0 million in 2017. 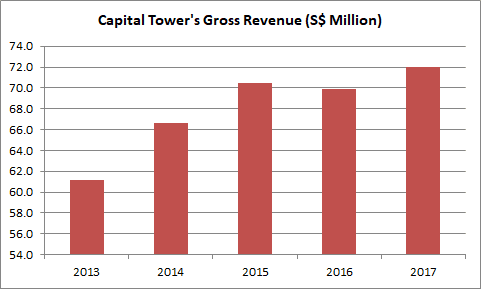 2. Six Battery Road is a 42-storey Grade-A office building located in the Raffles Place precinct. It is worth S$1.40 billion, accounting for 13.5% of CCT’s total portfolio value in 2017. Presently, the office building is enjoying a 99.9% occupancy rate with Standard Chartered Bank as a key tenant. Overall, Six Battery Road has maintained gross revenues of S$68-70 million a year over the last three years. 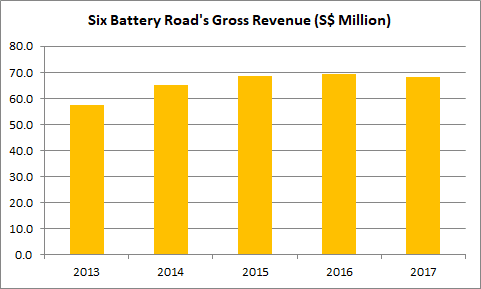 3. CapitaGreen is a 40-storey Grade-A office tower situated at the heart of the Singapore’s central business district. It is CCT’s first redevelopment project undertaken with its partners, CapitaLand and Mitsubishi Estate. CCT initially owned a 40% stake in CapitaGreen, which was subsequently raised to 100% after the exercise of call options to buy over the remaining stakes from its partners. In 2017, CapitaGreen is worth S$1.62 billion, accounting for 15.5% of CCT’s total portfolio value. It is fully occupied and made its first full year contribution in 2017, generating S$89.8 million in gross revenue. It is now among the largest income contributors to CCT. 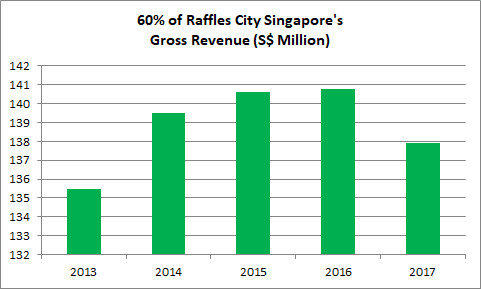 5. HSBC Building is a 21-storey office tower that is currently leased to HSBC Bank. It is worth S$456.0 million, accounting for 4.4% of CCT’s total portfolio value. CCT has received a fixed revenue of S$20.4 million since 2013. The current lease to HSBC Bank will expire in April 2019. 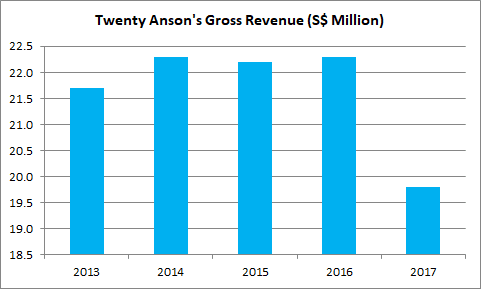 7. Bugis Village comprises 34 restored pre-war shophouses which are tenanted to offices, music schools, tuition centres, restaurants, salons, and retail outlets. It remains a small portion of CCT’s portfolio as the properties are valued at S$44.0 million in 2017. Over the last five years, Bugis Village has made S$11.5-12.0 million a year in gross revenues. All leases to its tenants will expire on 31 March 2019. 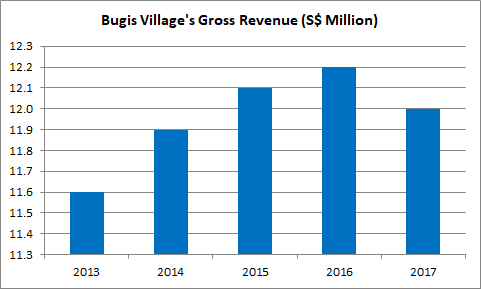 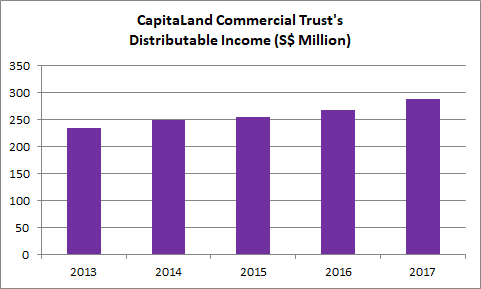 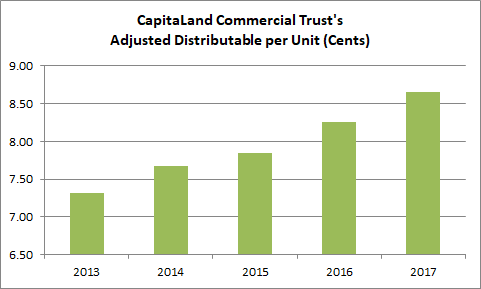 Read also: 5 important factors you need to consider before you invest in any REIT

11. As at 31 December 2017, CCT is enjoying a 97.3% occupancy rate for its portfolio and has a weighted average lease term to expiry (WALE) of 5.9 years. As a percentage of monthly gross rental income, 40% of its leases will expire starting in financial year 2021 and beyond. Thus, this adds to CCT’s income stability in the immediate future.

12. On 11 September 2017, CCT completed the divestment of Wilkie Edge for S$280.0 million. The disposal was intended for CCT to recycle its capital for the acquisition and redevelopment of properties.

13. On 20 June 2017, CCT completed a 50% divestment of One George for S$591.6 million. Similarly, the divestment was intended for CCT to recycle its capital for the acquisition and redevelopment of properties mentioned below.

14. On 13 July 2017, CCT announced that it formed a joint venture with CapitaLand Ltd and Mitsubishi Estate to redevelop Golden Shoe Car Park into a landmark integrated development in Raffles Place. Under this agreement, CCT, CapitaLand Ltd, and Mitsubishi Estate own a 45%, 45%, and 10% stake respectively. Upon completion, the development will feature 29 floors of Grade-A office space, an eight-storey 299-unit serviced residence, and 12,000 square feet of ancillary retail space. This project is estimated to cost S$1.82 billion with its completion to be scheduled in the first half of 2021. Similar to the previous redevelopment of CapitaGreen, CCT has been granted a call option to purchase the remaining 55% stake owned by CapitaLand Ltd and Mitsubishi Estates within five years after the new property receives its temporary occupancy permit (TOP).

15. On 1 November 2017, CCT completed the acquisition of the Asia Square Tower 2 for S$2.15 billion. It is funded from S$1.12 billion in bank borrowings, S$690.4 million from the issuance of rights, and S$340.1 million in disposal proceed from Wilkie Edge and One George Street. Asia Square Tower 2 is a Grade-A office building measuring over 1.22 million square feet in gross floor area in the Marina Bay Financial District. It enjoys a 90.5% occupancy rate as at 31 December 2017.

CapitaLand Commercial Trust has built a track record of delivering growth in both gross revenue and distributable income over the last five years. Its latest acquisition, Asia Square Tower 2, will be reporting its first full financial year in 2018 and be a main growth contributor in the near future. Meanwhile, the redevelopment of Golden Shoe Car Park is expected to be a catalyst for growth over the mid-to-long term.

As I write, the dividend yield of Singapore REITs ranges between 4.5-9.0% per annum. (For more details, please feel free to check out  Singapore REIT data.) So it looks like one might have to wait for a better time to pick up shares of CapitaLand Commercial Trust.

Read also: Top 10 Singapore REITs that made you money if you invested from their IPOs