The market volatility in the first quarter of 2016 has left investors with a confusing market to negotiate in the remainder of the year. In the context of a global economy which looked relatively resilient in January, the market fall looked little short of hysterical.

The correlation between different asset classes became very high, as tends to happen during periods of pronounced market stress. This meant there were few places for investors to hide. Market commentators have been arguing about the main culprit for the instability. We think the US dollar is the first place they should look.

Much of the turbulence harkens back to the middle of last year. Markets grew increasingly certain of a rate rise from the Federal Reserve (Fed) during the latter half of the year and in December, it was enacted. From mid-July 2015 into January 2016, the US dollar rose steeply; gaining almost 6% against the Singaporean dollar, around 6% against the Chinese renminbi, 12% against sterling and over 30% against the Brazilian real.

The increase in the value of the US dollar meant an increase in the local cost of commodities, most of which are priced in US dollars. Commodity prices plummeted. Copper – in the same time frame as above – fell by almost 24%. Iron ore fell by over 34% while oil – also facing a supply glut – fell by over 52%. The high debt levels in some major basic industry companies led to widespread balance sheet instability. There were instances of company debt being higher than the value of the company itself. For some countries, like Brazil, the commodity price weakness helped to push the cost of its government debt to be amongst the highest in the world.

In China, meanwhile, the debt burden grew worrying for a different reason. While the level of debt in China was not in itself a major concern, the level of private savings available to finance the debt became a serious issue. Until around August last year, China’s savings rate was very high. However, the one-off government devaluation of the renminbi – pegged to the US dollar – caused Chinese residents to expatriate huge quantities of the saved cash and the People’s Bank of China had to defend the currency.

Market sentiment has improved markedly since mid-February when comments from the Fed cooled market expectations of more rate hikes through the year. Activity from other central banks has also been comforting. The European Central Bank (ECB) and the Bank of Japan (BoJ) have both extended policy slack, while a strong oil price recovery has also coincided with the more buoyant mood. Investors appear to see the calmer market as a sign that risks have receded, but when – since 2009 – has this really been the case?

A rate hike is still on the cards

The market’s implied probability of a US rate hike plummeted in February and even now the market looks unprepared for what we believe the Fed has to do. Emerging market currencies in May have been more reflective of the pressure on the Fed to raise rates, but elsewhere, complacency seems rife. As much as the Fed and its chair Janet Yellen may wrestle a bit longer with the global implications of higher US rates, we do not expect the central bank to put off its next tightening move to 2017.

Given the current backdrop, we believe that investors should evaluate their exposure to emerging market currencies, corporate bonds and US interest rates. Longer term, we remain broadly positive on wider risk markets but we have reduced risk ahead of what could prove to be a volatile summer. 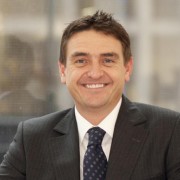 Gareth Isaac, CFA is a global fixed income fund manager at Schroders. He graduated as BSc from the University of Glamorgan and is a member of the United Kingdom Society of Investment Professionals.