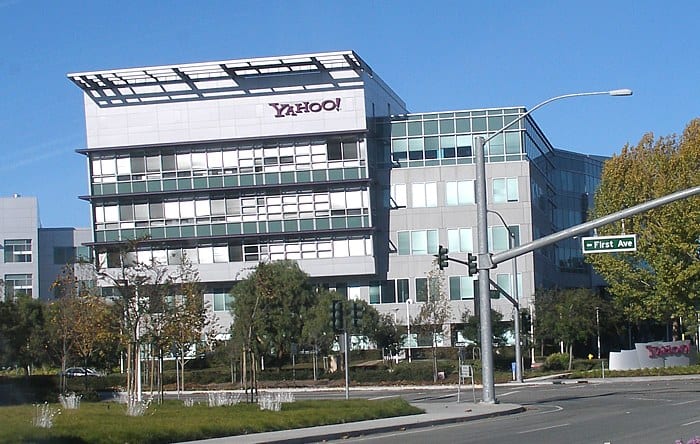 I recently covered Alibaba’s record-breaking $25 billion IPO and mentioned on radio a few months back that investing in Yahoo was great way to get into Alibaba before it listed on the NYSE.

I personally invested in Yahoo in December 2012 and held on to the stock all the way till slightly after Alibaba’s listing on 19 September 2014. During that time, I made 106.11% returns in Yahoo.

My investment in the Yahoo-Alibaba IPO was what you would call an asset play. An asset play is investing in a stock that is undervalued compared to the total value of the company’s assets. To give you a simple analogy, it’s like a buying a wallet and all its contents for ten bucks when you know it already contains twenty dollars cash inside.

In this case, Yahoo assets included a substantial 24% stake in Alibaba that would be worth a lot more when Alibaba went public. I wasn’t interested in holding onto Yahoo long term; I only wanted to use it as a proxy to invest in Alibaba pre-IPO and cashed out when it finally listed.

As you know, we use something called the Investment Quadrant to analyse our stock investments and the four quadrants are Business, Management, Financials, Valuation.

When it comes to an asset play, we look at three of the quadrants: Management, Financials, and Valuation. We’re less interested in the business operations of a company as we’re only focused on whether the company’s assets are undervalued. 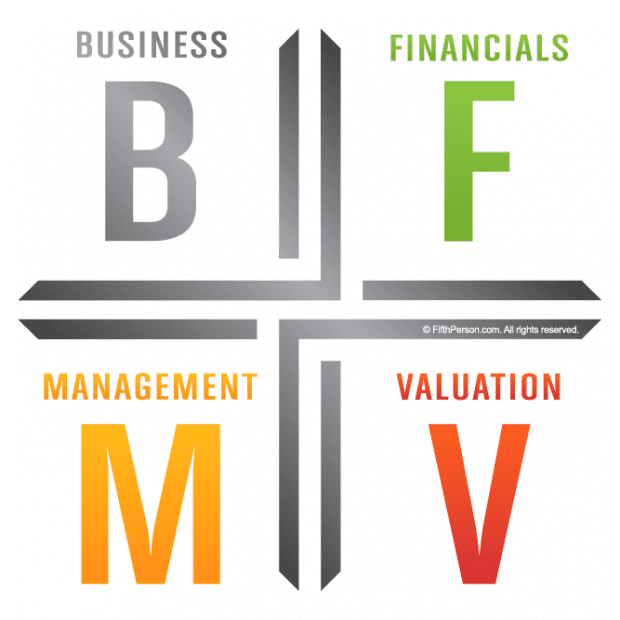 Now let’s go through my analysis of three quadrants for Yahoo and the reasons why it was, in my opinion, such a convincing asset play.

Note: If you’re an Investment Quadrant member, you’ll also receive a full case study video lesson on the Yahoo-Alibaba IPO in the member’s area. So do watch out for that in the next few weeks!

The first step in an asset play is to value the assets a company has. To be conservative, there are three kinds of assets we consider: 1) marketable securities 2) real estate and 3) cash.

Any other forms of assets are harder to quantify. For example, plant & machinery may be worth a million dollars on the books. But when it comes to selling them, you’d be hard-pressed to dispose of them at that value.

In Yahoo’s case, they had three items of interest to me, namely: 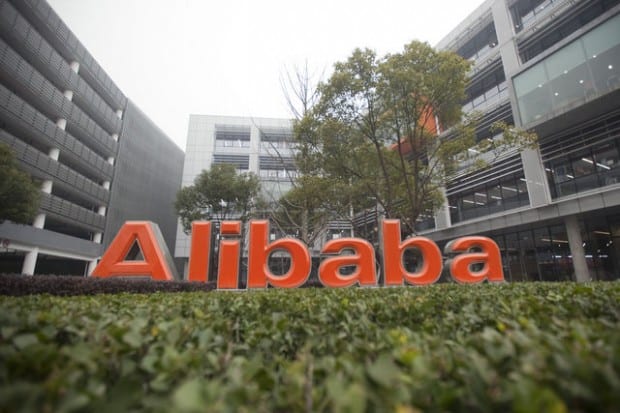 In 2005, founder and then-CEO of Yahoo, Jerry Yang, made probably the most important investment for Yahoo ever. He invested $1 billion for a 40% stake in Alibaba. Back then, the deal was questioned as Alibaba’s future looked uncertain with the Chinese company facing stiff competition from rival EachNet. The billion-dollar investment by Yahoo allowed Alibaba to eventually beat out its rival and dominate 82% of the online auction market in China. And the rest as they say is history.

Yahoo’s stake in Alibaba was brought down to 24% as the Chinese brokered a deal to buy back Alibaba stock in September 2012. (Yahoo’s final stake just before Alibaba’s IPO was 22.6% due to stock dilution.) If you’re interested to read the entire backstory on Yahoo and Alibaba, check out this great Forbes article. It’s worth the read.

When Alibaba mooted about going public, analysts were estimating its valuation from anywhere between $50-200 billion. To put things in perspective, Amazon and eBay, the two American companies most similar to Alibaba, had market caps of around $115 billion and $70 billion respectively back then. And remember that Alibaba already handled more merchandise volume than both of them combined — plus Alibaba was still growing at a much faster rate.

Even though Alibaba’s future valuations were purely estimates and no one could really know for certain how its IPO would pan out, Yahoo’s 24% stake started to look really lucrative. We’ll cover valuation later but I think you’re starting to see the math here. 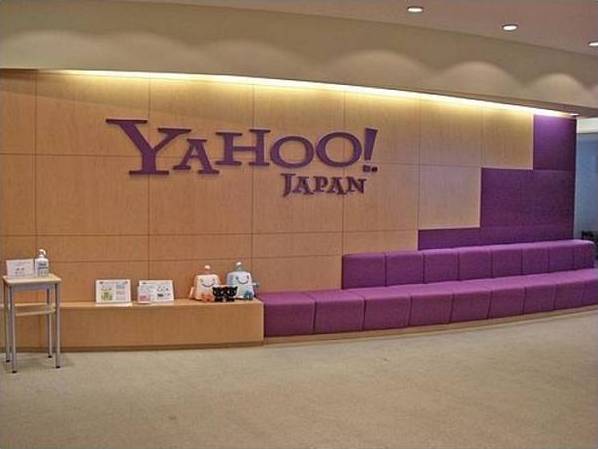 Yahoo Japan is a joint venture between Yahoo and Softbank Corp, a Japanese telecommunications and Internet corporation. Yahoo Japan was founded in 1996 and its web portal yahoo.co.jp is the #1 most visited site in Japan.

Now unlike Alibaba, Yahoo Japan was already a public company listed on the Tokyo Stock Exchange. So the value of Yahoo Japan was very easily quantifiable: it’s market cap then was around $19 billion. And Yahoo owned 35% of it.

This one is pretty straightforward. A quick check on Yahoo’s balance sheet showed that it listed $4.18 billion in total cash in 2012. It also had zero debt.

I used the sum-of-parts valuation to value the different assets that Yahoo owned then.

Please note for simplicity’s sake, I excluded taxes from gains from sales of assets from my calculations.

The total value of Yahoo’s stakes in Alibaba, Yahoo Japan and its total cash was $22.83-58.83 billion. Yahoo’s market cap back in December 2012 was only around $23 billion. Yahoo’s Asian assets and cash alone were worth as much as the entire company itself!

Now let’s assume that the value of Yahoo’s Yahoo Japan stake and cash remained constant. So in a “worst-case” scenario where Alibaba went public and was only valued at the low end at $50 billion, I’m still breaking even. But if the Alibaba hype was justified and it got valued at $200 billion, there would then be a potential 200% upside in Yahoo stock.

As you can see, all this depended on Alibaba going IPO but it was pretty clear then that the company and Jack Ma were interested in doing so. It wasn’t a question of if but when.

Finally, the Management quadrant. When it comes to an asset play, it’s imperative that the management is looking to unlock the assets’ value. In Yahoo’s case, its management didn’t have to play a role in this. Alibaba itself wanted to list and Yahoo happened to own a nice 24% stake in it.

Before we move on, any talk about Yahoo management without a photo of Yahoo CEO, Marissa Mayer, would be a disservice to all mankind. So behold: 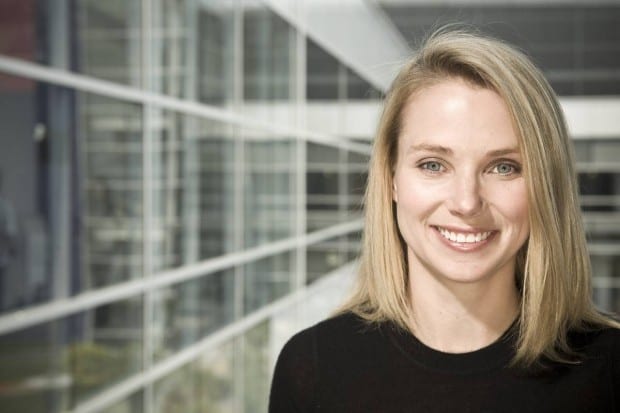 And yes, that is really Yahoo’s CEO.

Now let’s not get distracted…

I invested in Yahoo in early December 2012 at $19.15. I used a little technical analysis to time my entry and I entered when the stock had already clearly broke resistance and was going on an uptrend after trading in a channel for the previous twelve months.

I followed the stock over the next 22 months till Alibaba finally listed. As the hype and coverage of Alibaba’s impending IPO continued to grow, so did the value of Yahoo stock as more and more investors started to take notice of it.

In the end, I more than doubled my money in Yahoo by betting that Alibaba’s IPO was going to huge success and indeed it was. But, as I mentioned earlier, even if the IPO didn’t take off, I had very little risk making this “bet”. So I jumped in.

Yahoo made $9.7 billion from selling a portion of its Alibaba stake in the IPO and still holds a 16% stake in the company. Alibaba debuted at $68 and is trading at around $85 now. Its market cap is currently around $220 billion.

Now Yahoo could be the target of an activist takeover because once again the value of its assets still exceeds its market cap. I’ll be following this closely and I’m going to do a re-evaluation of Yahoo after its earnings call on Oct 21. It’s still early days yet but we could see a rally in the stock if Yahoo is indeed bought over by an activist investor and its assets sold for a profit, but we’ll save that for another post for another day… 🙂

[**Would you like us to support your investing growth? Check out the Investment Quadrant, our most comprehensive online training on Value-Growth Stocks – Click Here To Find Out More**]