In the 1920s-40s, Samsui women referred to a group of Chinese immigrants who came to Singapore in search of construction and industrial jobs. Due to poverty, they consumed a traditional dish, ginger chicken, only during Chinese new year. Today however, with our increased standard of living, it’s common to consume this dish any day. 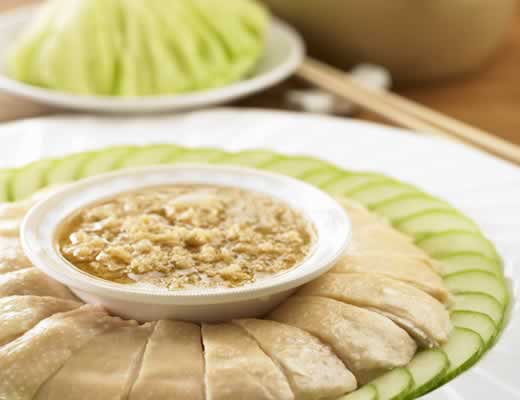 And so it was that I had my first taste of Samsui ginger chicken at Soup Restaurant back in 2010. Not only was I impressed by its taste but also the way the dish was presented. Whether it was dipping the tender steamed chicken meat in ginger sauce or simply eating it wrapped with a layer of lettuce, it was delicious either way. Since then, Soup Restaurant has regularly popped up as an option whenever I have relatives or friends who want to have Chinese food.

Funnily enough, I wasn’t aware Soup Restaurant was listed until I was hunting for investment ideas one day using a stock filter. Back then, I was a more of a quantitative investor who only favoured companies with strong financials and low valuations. I generally like companies with a high return on equity and low debt. Also, I prefer being paid a decent dividend while waiting for a stock to rise to its fair value.

That day, I set my screening parameters to ROE ≥ 15%, debt to equity ≤ 0.5, and dividend yield ≥ 5% and one name immediately jumped at me from the list of results: Soup Restaurant Group Limited. I quickly discovered that the company ran several Chinese food restaurant chains including Soup Restaurant and Dian Xiao Er — both prominent brands which I instantly recognized.

Excited, I decided to do some research on the company’s financials. (Please note that this happened back in 2010):

Gross profit margin was still consistent with revenue rising every year. Net margins shrank though from 2007 to 2009 mainly due to higher rent and labour costs. The company also employed very little debt.

Surprisingly, Soup Restaurant’s current ratio was extremely high at 3.6. After studying the accounts, I realized a big bulk of its current assets was the large amount of cash the company had. It held $17 million in cash — when the company’s entire market cap was only $37 million at the time!

The large reserves were more than sufficient to run the company’s daily business operations and, obviously, the board was very conservative with the way they were managing the company. I later found out that five out of seven directors have a background in engineering. (Having studied and worked in engineering, yes, engineers tend to be a conservative bunch.)

If you had asked me back then, being so conservative was fine. But today, my answer would be the company is hoarding too much cash. There’s an opportunity cost when a company hoards too much cash; the money can be better deployed to generate higher growth and returns for shareholders. Because of its large cash hoard, Soup Restaurant’s return on equity was falling:

On one hand, the falling ROE was due to declining profitability. On the other, it was due to a large pile of cash sitting idle in the bank. Nonetheless, the ROE was still in the double digits, so it was acceptable. Although I dislike a company hoarding too much cash, I am not shy to admit that it is a good problem to have! Who doesn’t mind owning a company with lots of cash in it?

Next, I moved on to valuing the company. With its market cap at $37 million and cash reserves at $17 million, Soup Restaurant was essentially priced at $20 million at the time. In 2009, the company generated $5 million in cash flow from operations which means the stock was trading at four times operating cash flow.

Theoretically, I would earn back my initial capital in four years and the rest as pure profit thereafter. Obviously, the assumption is that the company can consistently deliver the same results over next four years and return all excess cash flows to shareholders. But nothing is certain except death and taxes. So I began to assess the underlying risks I’d face if I were to invest.

There were three main risks:

The above risks would affect the profitability of the company and are beyond its control. If I wanted to invest in Soup Restaurant, these were the risks I needed to be able to stomach.

Basically, I could treat Soup Restaurant as a dividend stock while I waited for the stock to unlock its value. (Do note that there are some companies that pay dividends higher than their earnings. They then raise back the returned capital via warrants and right issues. This dilutes shareholder value which isn’t great.) Overall, Soup Restaurant looked like a sensible investment and so I decided to buy the share.

Subsequently, Soup Restaurant underwent a key fundamental change. In late 2012, the company sold their chain of Dian Xiao Er restaurants. The chain was one of two core business units that generated a tidy profit for the company (the other being the Soup Restaurant chain), but its divestment meant there would be a drop in income moving forward.

In 2013, the management started to aggressively buy back shares from the open market. Consequently, the market started to realize that the stock’s value was being unlocked and its price surged to 20.5 cents per share. At the point, I decided to sell my shares as I believed that the underlying value had mostly been realized. Furthermore, the change in fundamentals made it hard to justify the share price anymore.

In the end, I made a tidy 64% gain on capital. Looking back, I could consider myself lucky that the management unlocked the stock’s value by executing share buybacks during my investment. What if the management decided to hold onto the cash? What if they didn’t initiate the buybacks? The underlying value might not be unlocked till now. As a value investor, it is sometimes crucial to have lots of patience.

I also learned another important lesson: the qualitative aspects of a company (business model and management team) are also extremely important, if not more so. Almost always, a company with an excellent business model and top-class management will see its growth reflected in its financial results and a rising valuation. On the other hand, a mediocre business bought for cheap usually requires management to unlock the underlying value for investors – and sometimes, that might take quite a while…