Savvy investors know the biggest gains to make in investing usually come from fallen angels. So what exactly is a fallen angel? It is a term used to describe a company whose share price has plunged more than 80% due to an unfortunate event.

This drop in share price is a huge opportunity for investors to buy the company’s stock at very low prices. When the company subsequently emerges from the event and recovers to its former levels, its share price should likewise rise as well.

If you can spot such a fallen angel and invest at the right time, you stand to make exceptional gains from your investment. But not all fallen angels are a sure bet; there is a fine line between a fallen angel that will rise again and one that is headed down forever. You must be careful!

When looking at fallen angels, we need to focus on 3 criteria:

To illustrate a real-life example of a fallen angel, let’s kick off with a case study of OSIM International Limited whose stock lost a massive 97.5% of its value in two years. It looked like OSIM was headed for the bin in early 2009 but if you spotted the opportunity back then and held on to OSIM’s stock till today, you’d be sitting on over 3,800% returns right now – and that’s excluding your dividends.

Takes your breath away, doesn’t it? Let’s begin.

(Note: All information and figures are based on the time of the events.) 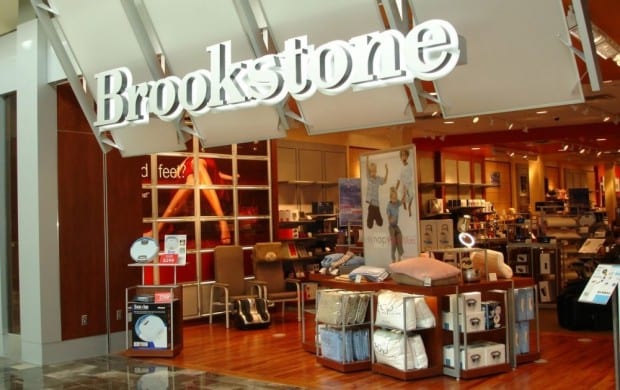 In 2005, OSIM embarked on a leveraged buyout of Brookstone, a chain of retail stores in the United States. OSIM wanted to penetrate the American market and the fastest way to distribute its products was by acquiring a company with existing distribution channels in the country. Brookstone, with over 300 retail stores and 100 seasonal stores in the U.S., seemed like the perfect fit.

However by 2007, it was obvious that the deal was going south. Brookstone was raking up huge losses affecting OSIM’s overall profitability and its market development strategy in the U.S. wasn’t taking off as planned. Americans simply weren’t interested in OSIM’s massage chairs and products.

In 2008, with the Great Recession in full gear, Brookstone’s reported losses of US$148.3 million for the year. OSIM finally had enough: it decided to write off their entire investment in Brookstone and recorded a total impairment loss of S$112.5 million.

OSIM took a massive one-time hit to its bottom line and by early 2009 its effects were clearly seen in the stock market. OSIM’s share price finally hit an all-time low of 5 cents on the Singapore Stock Exchange.

It looked as if OSIM would never recover from this financial debacle but if you’d taken a closer look at the company and its financials, you might have spotted clues that OSIM could more than stomach the cost of the impairment and that the damage was temporary.

OSIM’s founder and CEO is Ron Sim. Born into a struggling family, he took on odd jobs like selling noodles to support his family before he turned 9. In 1980, Ron Sim founded a company which would eventually become OSIM. By 2007, before the financial crisis hit, OSIM had into a multinational company with over 1,100 total outlets in 31 countries and revenues topping S$523 million. By then, Ron Sim and his management team had already displayed a hugely successful track record at OSIM, growing it into one of the most well-respected entrepreneurial success stories.

In 2008, when the Brookstone episode happened, Ron Sim displayed remarkable conviction in writing off a bad investment for OSIM in one fell stroke. In doing so, he admitted that the Brookstone investment was a wrong decision and he wasn’t afraid in taking strong, drastic action to correct it. That was a good sign to see in a business leader and CEO.

While his action was quick and decisive, it was also imperative that it was the right one to make or it could have ended up digging an even bigger financial hole for OSIM to climb out of. And the only way to evaluate that was to take a closer look at OSIM’s financials and what the $112.5 million impairment write-off meant to the company.

Would it bring OSIM down to the financial brink of no return? Or would it help the company recover from its Brookstone blunder faster and re-emerge even stronger?

I’ll talk more about that in Part 2 of this case study. Catch you then.

Click link to read Part 2 of the Case Study