I know the title of this article sounds a like a boast but if you bear with me and read the article to the end, I’ll reveal the investment thought process that led to why we decided to buy and, subsequently, sell our stake in Dairy Farm International.

Back in October 2015, I publicly presented my analysis on Dairy Farm International at InvestX Congress. Those who attended the live event would have learnt that Dairy Farm has a deep history stretching back as far as 1886. The company began selling cow’s milk as founder Sir Patrick Manson realised there was lack of dairy in the Asian diet. Within the span of ten years, Dairy Farm soon ventured into the business of rearing pigs and fowl to sell pork, poultry, and eggs in Hong Kong. As more business ventures were added to the Group, Dairy Farm grew to become a food specialist in dairy, retail, catering, cold storage, importing of food, and more. 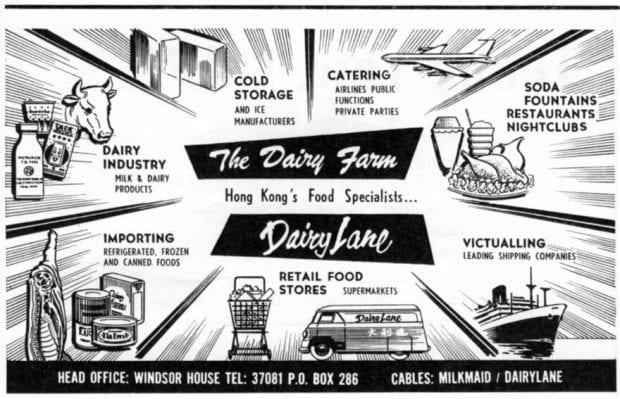 In 1972, Dairy Farm was acquired by the Jardine Group, a business empire owned by the Keswick family. Under the helm of Jardine, the management expanded its supermarket businesses outside of its core markets in Asia through the acquisitions of Franklins in Australia (1972), Kwik Save in United Kingdom (1987), Simago in Spain (1990), and Woolworths in New Zealand (1990). However, these ventures turned out to be costly mistakes for Jardine.

The management decided to set new direction for Dairy Farm to focus on its core business of food, drug, and convenience store retailing in Asia. This clarity and focus have since become important elements that enabled Dairy Farm to sustain earnings growth momentum during tough periods like the Asian Financial Crisis, the SARS epidemic, the Global Financial Crisis and the Eurozone Debt Crisis. 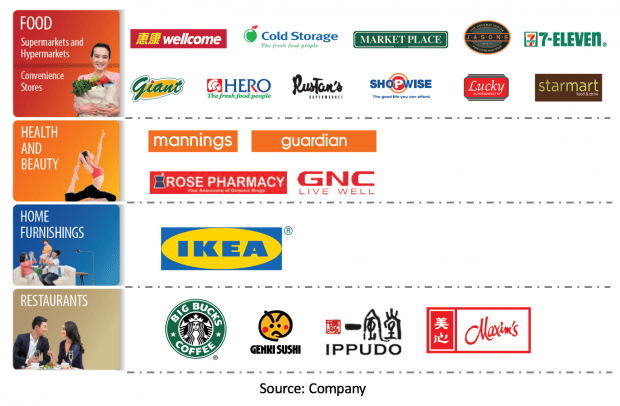 Today, the company has grown to become one of the largest operators of supermarkets/hypermarkets, convenience stores, health and beauty stores, and home furnishing stores in Asia. Dairy Farm’s supermarket brands include Cold Storage, Giant, and Wellcome. Under its Health and Beauty division, the company carries brands like Guardian and Mannings. The company also owns the franchising rights to operate Starbucks and IKEA in certain Asian markets. 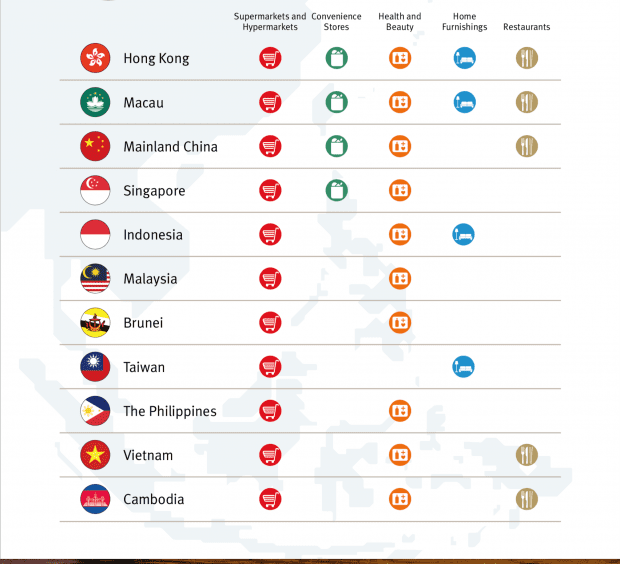 Referring to the chart below, revenue and profit also posted strong growth alongside Dairy Farm’s store expansion. The company had found a new trajectory of growth in Asia. 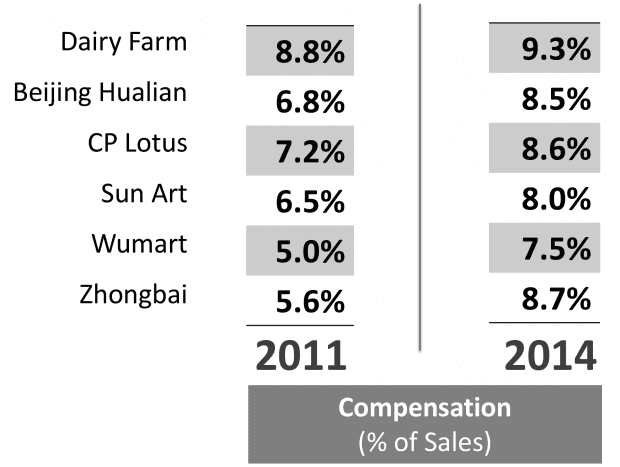 The management’s efforts in keeping costs low have not gone to waste. As you can see below, Dairy Farm achieved double-digit returns on capital employed (ROCE) from 2005 to 2014 — generating tremendous value for shareholders. ROCE measures a company’s profit based on the amount of capital used, which is useful for asset-intensive businesses like Dairy Farm.

Looking at Dairy Farm’s basic and special dividends, it was also obvious that the management is intent on returning excess capital to shareholders. In other words, shareholders who stay invested for the long-term have been well rewarded by generous dividends over the years.

Prior to 2005, Dairy Farm also made several major share buybacks in 2001 and 2002 when its shares were trading at a depressed valuation. In early 2000, there were several issues which dragged down Dairy Farm’s performance. The two big elephants in the room were the disposal of Franklins in Australia (which was a one-off item) and the underperformance of Wellcome supermarket in Hong Kong due to a major competitor and e-commerce companies that entered the market selling everyday commodities at rock-bottom prices.

The major buybacks which were carried out at attractive valuations which added incremental value on a per-share basis for shareholders. Dairy Farm has long navigated itself out of the storm in the early 2000s as the management focused on the core businesses and their economic advantages.

“Consumer sentiment is still cautious and our expenses have been driven up by aggressive investment in new stores and major refurbishments. This has been required to protect our market position and to increase sales by attracting the wet market shoppers with exciting new fresh food departments.” — Ronald J Floto, CEO (26 Feb 2001)

Dairy Farm wasn’t spared when the currency crisis hit emerging countries like Indonesia and Malaysia where Dairy Farm has business exposure to. As Dairy Farm records its financial results in U.S. dollars, the weakening of local currencies against the dollar affected its reporting results. Coupled with weak consumer spending in emerging countries, Dairy Farm’s full year results showed net profit declining by 17% in 2015.

Things started to get more interesting when Dairy Farm’s share price plunged from US$13.65 in 2013 to just US$5.60 three years later. The declined wiped off ten billion dollars in market valuation or a whopping 59% drop in value! As the share price dropped, value started to emerge.

But what really caught my attention was when Graham Allan, then-CEO of Dairy Farm, started buying Dairy Farm’s shares on the open market through a series of transaction (here, here, here, here and here). Dairy Farm isn’t a typical founder-led company but that didn’t deter Graham Allan, a professional manager, from purchasing shares worth nearly a million dollars with his own money. Those transactions clearly showed a vote of confidence in the company he was managing then.

For a really long time, Dairy Farm had been on my watchlist and the sharp drop in share price offered me a rare opportunity. From my analysis, I figured out the economic strength of Dairy Farm hadn’t deteriorated as much as its share price suggested. With the CEO buying stock from the open market, we too started picking up shares in February 2016.

Three years have passed since I shared my analysis at InvestX Congress and Dairy Farm’s share price has recovered to US$8.58 at the time of writing.

Since then, the threat to Dairy Farm’s business has increased as e-commerce giants like Amazon and Alibaba have started to enter the emerging markets where Dairy Farm has a strong foothold. Although we have not seen a price war among grocery retailers yet, I think the road ahead for Dairy Farm is going to be a patchy ride. The volatility of commodity prices and currencies across emerging countries continuously affect the spending power in these markets and the threat of e-commerce will continue to grow.

At the same time, the long-term prospects for Dairy Farm remain compelling as the emerging markets continue to see a growing trend toward modern grocery retailing as people become more affluent and demand a better shopping experience and product quality. 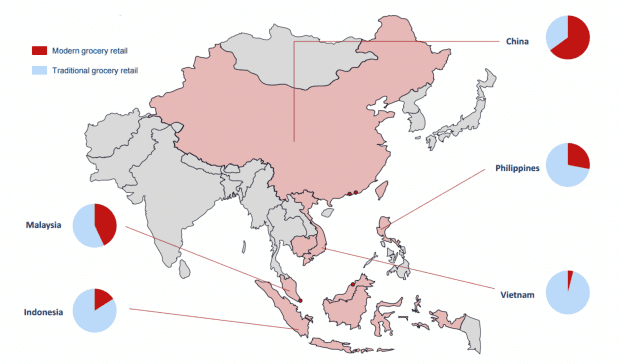 I personally think e-commerce won’t be a death knell for modern grocery retailers in Asia, especially if e-commerce taxes like this are introduced in the near future. Apart from the disruption in its supermarket division, the rest of Dairy Farm’s segments such as home furnishing, convenience stores, restaurants, health and beauty — which made up two-thirds of operating profit — should continue to trend alongside the economy.

Due to higher valuations and growing business risk, it made sense to reduce our portfolio risk. We redeemed our initial capital and realised a total gain of 59.4% (including dividends), leaving the rest behind so that the remaining shares can continue to ride on any potential upside. As of writing, this remaining stake has returned 70.9% inclusive of dividends.

I hope by sharing my perspective of Dairy Farm International gives you a brief insight into how we make an informed investment decision. As with all stock investments, it requires a good understanding of the company’s business model, competitive advantages, and financial performance. And to act decisively when the opportunity presents itself — like it did for us in 2016 for Dairy Farm.