About two years ago, in 2014, there was an opportunity for us. It was a rare investment opportunity that offered little downside risk and we could potentially earn 50-80% in profit in three years.

What was obvious then too was that this company was paying its shareholders steady dividends since 2000 and we figured that the company was likely able to sustain the dividends for another ten years. 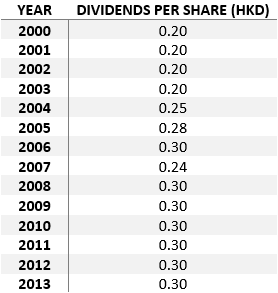 But what wasn’t so obvious was that NO one seemed to talk about this company. We tried to locate analyst reports with the help of our brokers but to our dismay, we found none. We concluded that it was a stock that was out of favor. Or maybe, it was just too boring. What is there to talk about when the company just owns a toll tunnel in Hong Kong? It was far more exciting to ‘gossip’ about Alibaba’s IPO then and be blown away by the $9 billion it recorded in sales on China’s Singles Day alone. Well then, let’s gossip about our boring Hong Kong company since pretty much no one talks about it publicly.

The company I’m referring to is Cross-Harbour Holdings Limited, a company listed on the Hong Kong Stock Exchange. It owns 50% of the western toll tunnel that connects Hong Kong island and Kowloon island. The tunnel is officially called the Western Harbour Tunnel but let’s call it ‘Western Tunnel’ in this article. 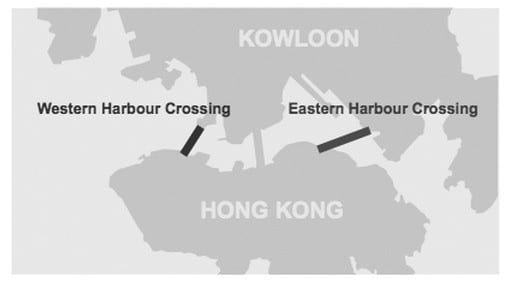 According to Hong Kong’s Transport Minister, a total of 91 million vehicles crossed between the two islands in 2013, of which 25% flowed through Western Tunnel.  When we studied its financial accounts, we were wowed to see how much profit Cross-Harbour made from its toll collections.

As Cross-Harbour owns 50% of the Western tunnel, the company reported over HK$300 million in profit from this tunnel alone in 2013. And that amount wasn’t stagnant and was likely continue to grow some more. Let me share with you why.

According to the South China Morning Post, Hong Kong required more roads to cope with unexpected car growth in 2013. Since it is not feasible to build additional roads on very land-scarce Hong Kong, one of the viable ways to curb car ownership is by increasing tolls (unlike Singaporeans, Hong Kong must have long admired the success of Singapore’s electronic road system). Undoubtedly, Western Tunnel stood to benefit from this. In fact, Western tunnel has on average revised and increased its toll rate every 2.8 years. Each increment, depending on vehicle type, is around 4.5% to 12.5% higher than the previous rate. However, the actual tolls charged are still lower than the official tolls gazette. The tunnel is inarguably a crown jewel and a growing cash cow. But behind every successful investment, there are many painful years.

The construction of Western Tunnel incurred heavy investment in its initial years. It cost HK$7 billion to construct and took almost four years to complete. To make matters worse, management was expecting 50,000-70,000 daily vehicles in the first year of tunnel operations but the actual number of daily vehicles was only a disappointing 20,000 in 1997! Thankfully, there was a light at the end of the tunnel. No pun intended.

After 13 long years, the daily traffic gradually reached management’s original expectations of 50,000 (a healthy number for their return on investment) in 2010. Even though the initial years of tunnel operations generated subpar returns, it was profitable and generated positive free cash flow — albeit less than what they expected. Since operating a tunnel requires very little capital expenditure, the question is: What did Cross-Harbour do with all the free cash flow generated?

Over the past 16 years, the management made the decision to gradually pare down the debt carried by Western Tunnel. By 2013, all the debt, including shareholder loans and bank loans, was paid up. In hindsight, it actually took Cross-Harbour 20 years (4 years of construction + 16 years of paying up all the debt) to see the tunnel fully bear the fruits of its labour. 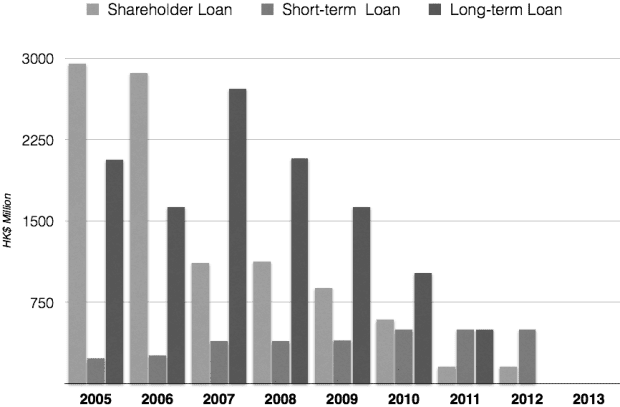 At this stage, the cash flow generated by the tunnel moving forward is unburdened free cash flow. The company can pay everything out as dividends or acquire another investment (i.e. another toll road that can bring in even more cash flow).

Western Tunnel started paying dividends in 2012 and with no debt considerations moving forward, it is likely that the rest of all future cash flows from Western Tunnel will be channeled back to its parent company, Cross-Harbour Holdings. Effectively, any dividend paid by Western Tunnel is cold hard cash and not mere paper profit recorded in the books in the past. Thus, the dividends would significantly boost Cross-Harbour’s cash levels.

By now, you may be thinking that Cross-Harbour’s share price would have skyrocketed to a new high. But surprisingly, the share price remained undisturbed. 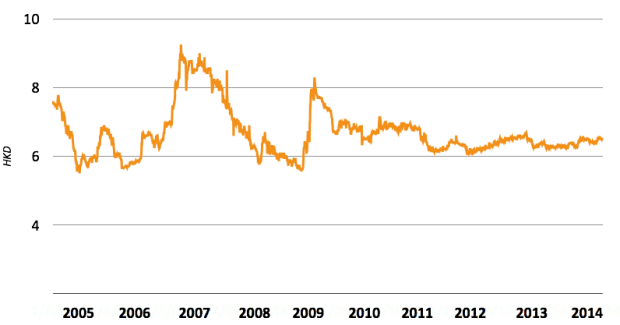 Cross-Harbour should have been trading at a higher share price when we studied its valuation in 2014. Something was amiss. Curious to find out, we studied the company’s annual reports as far back as 2000 and we came to a simple conclusion: The reason for Cross-Harbour’s depressed valuation was likely due to the fact that Western Tunnel’s license would expire in ten years’ time. The Hong Kong government awarded Cross-Harbour 30 years to build, operate, and earn toll fees from the tunnel. Thereafter, Cross-Harbour has to return the ownership of Western Tunnel back to the government. In a nutshell, Cross-Harbour only had 10 more years to collect its toll fees.

Since Western Tunnel comprised nearly 70% of Cross-Harbour’s profit in 2013, investors could foresee that the company’s earnings would fall sharply once the tunnel is returned to the Hong Kong government in 2023. So where’s the opportunity I alluded to earlier in this article? Well, the opportunity lay in the fact that Cross-Harbour was trading at an extremely deep valuation.

In 2014, Cross-Harbour was trading at a market valuation of HK$2.6 billion despite the company having a tangible book value of HK$3.8 billion. Furthermore, around HK$1.6 billion of Cross-Harbour’s total assets was made up of cash and liquid assets!

Amid its maximum pessimism, the market was ignoring a few important facts:

With the facts presented, we jumped into the opportunity and bought Cross-Harbour shares at HKD6.92 September 2014. While patiently waiting for the shares to appreciate, we also receive a 4.3% annual yield. (We get paid to wait!)

Fast forward to today, at the time of writing this article, Cross-Harbour has earned us an unrealized capital gain of 53.7% in two years or so. On top of that, we have collected a cumulative dividend yield of 10.7%, giving us a total return of 64.4% so far.

We are a tad fortunate to come across such an investment opportunity when we were scouting for undervalued stocks in Hong Kong. Honestly speaking, this investment is unique, as it requires us to break certain rules of our typical investment process. Deep value stocks tend to trade at dirt-cheap valuations because of bad decisions or sentiment (e.g. poor allocation of capital or the business is facing several headwinds) and the market mercilessly pounds the stock down. Thus, deep value stocks only surface when investor pessimism is at its extreme.

Cross-Harbour is the perfect example of such extreme pessimism. The company was no exception to the bad sentiment surrounding it – the poor allocation of capital that generated subpar returns and the expiry of the Western tunnel concession in 2023. As we have crunched our valuation, we thought the pessimism was overdone and the stock became a very attractive deep value opportunity for us to profit from.