Amazon did not make a profit for the first six years, but it is now one of the most valuable corporations globally, with a market capitalisation of nearly US$2 trillion.

Amazon has gone from selling books online to launching Marketplace, Prime, and the game-changing AWS business. But Amazon’s core values have remained true to its roots since its inception in 1994.

I recently read through all of Jeff Bezos’ annual shareholder letters to stockholders since 1997, which described Amazon’s journey of more than two decades of making it to the top as one of the best businesses. Here are five main takeaways that I learned from Jeff Bezos that could make us all a better investor or entrepreneur.

‘Entrepreneurs must be willing to be misunderstood for long periods.’

Jeff Bezos issued a manifesto titled ‘It’s all about the long term’ in his 1997 shareholder letter, outlining his approach to business and running Amazon. He promised that decisions would be made with a long-term perspective and a focus on market leadership in mind. For the last two decades, this manifesto has been included in every single shareholder letter! After reading these letters, it’s clear that the fundamentals of Amazon’s business model have remained constant throughout its entire life

While Amazon values financial outputs, the company spends 100% of its time on inputs. According to Bezos, it is more straightforward to assess management success based on inputs under their control. Focusing on inputs aligned with customers’ needs will be the most efficient way to maximise financial output. At Amazon, the execution was far more essential than results.

In 2010, the company had 452 detailed goals, each with specific targets, deliverables, and completion dates. Surprisingly, ‘revenue’ was only used eight times in all of these goals, while ‘free cash flow’ was only used four times. The terms ‘net income,’ ‘gross profit,’ and ‘operating profit’ were never used.

‘We don’t celebrate a 10% increase in the stock price like we celebrate an excellent customer experience.’

A business can be structured in various ways: price-focused, product-focused, technologically focused, business model-focused, or customer-focused. Amazon’s goal from the start was to create the world’s most customer-centric company. Bezos frequently reminded employees to wake up terrified… not of the competition but Amazon’s customers. Customers are fickle; they remain loyal to a business only until a competitor provides superior service. Amazon’s core value proposition ensures customer satisfaction through constant expansion of selection, improved convenience, and lower prices.

‘If you’re good at course correcting, being wrong is less costly than you think, whereas being slow is going to be expensive for sure.’

Although it is critical to make high-quality decisions, Bezos emphasises the importance of making these decisions quickly. Slow decision-making is de-energizing and puts businesses at a competitive disadvantage. Bezos provides a set of guidelines for making high-velocity decisions:

‘Failure comes part and parcel with invention. It’s not optional. We understand that and believe in failing early and iterating until we get it right.’

In almost every letter, Jeff Bezos emphasised the importance (and necessity) of failure and risk tolerance. According to him, there is no such thing as a successful invention! He always encourages his team to take calculated risks if the potential outcome is significant enough and the payoff is large enough.

While making a poor investment decision may appear frustrating and annoying to most people, we should remember that failure is a necessary part of the experimenting process. Those who have encountered a great deal of them should accept it with grace and respect and continue to learn from our errors. If we remain persistent, we will finally succeed.

Many people have criticised Amazon’s lack of interest in ‘making a profit’ over the years. This is incorrect. Amazon simply looks at profitability through a different lens, as Bezos outlined in the original 1997 letter:

‘When forced to choose between optimising the appearance of our GAAP accounting and maximising the present value of future cash flows, we’ll take the cash flows.’

From the start, Jeff focused on ‘cash flow per share’ as the measure that would represent Amazon’s value for shareholders. When Amazon lowers their prices, they are fully aware that this strategy will result in a short-term decline in revenue and margin. However, they understand the price elasticity well enough to determine almost exactly how much money they are losing in the short term to create long-term value for their customers. As a result, this strategy attracts more customers to Amazon, who spend more money in the Amazon ecosystem over time, increasing the company’s long-term value for shareholders.

Jeff uses the entire 2004 letter to explain why measuring a company’s performance by long-term free cash flow per share is better for shareholders. In short, if you can put a dollar into a machine and much more than that back in a reasonable amount of time, you’ll be a happy business owner.

‘A share of stock is a share of a company’s future cash flows, and, as a result, cash flows, more than any other single variable, seem to do the best job of explaining a company’s stock price over the long term.’

Jeff Bezos stepped down as CEO of Amazon on 5 July 2021, after 27 years of leading the company. He remains as Amazon’s executive chairman but, unfortunately, will no longer write the annual letter to shareholders.

Not many CEOs, much less an industrial titan like Bezos, take the time to pen their thoughts and insights; we are privileged that Bezos shared his with us every year for nearly the last three decades. 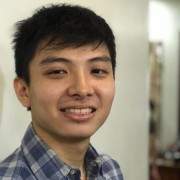