The story of AirAsia is almost like a fairy tale. Co-founders, Tan Sri Tony Fernandes and Datuk Kamarudin Meranun bought over a failing airline for a token sum of RM1.00. They then built it up to become one of the largest low-cost carriers in the world.

Today, AirAsia continues to grow aggressively. Its revenue has grown from RM2.6 billion in 2008 to close to RM7.0 billion at the end of 2016. The company has also launched multiple associate airlines in many countries outside of Malaysia and a new long-haul low-cost carrier, AirAsia X. Yet, the airline industry continues to be one of the hardest industries to be in. Warren Buffett has famously commented that airline stocks are a “death trap for investors” (Although he has recently changed his mind by investing in most of the major U.S. airlines).

Although AirAsia’s revenue has been growing quite consistently, its earnings are extremely volatile — they have swung between huge losses of more than RM470 million to a profit of over RM2.0 billion in the past eight years. This is because one of its main costs is fuel, where price is always volatile. Moreover, it is a business with extremely high capital expenditure; airlines have to buy a fleet of aircraft only to charge passengers a fee that’s competitive enough to take up seats.

The problem I had

What if we like the growth story of AirAsia but do not want to invest in the airline industry?

Is there a way to ride on the growth of AirAsia without the risk of investing in airlines?

I contemplated this issue in the past. I invested in AirAsia back in 2009 as I was looking to tap on its recovery after a terrible year in 2008. I have since sold my stake in AirAsia after its share price went up significantly.

I had mixed feelings when I sold it. This is because I was still very interested in the growth potential of the business but yet I was very uncomfortable with its high debt and the volatile nature of the airline business. Case in point: In its latest quarter, AirAsia had a net debt to equity ratio of about 96%!

The solution I found

After searching for a while, I I found the “solution” to my problem: Tune Protect Group Berhad.

Tune Protect Group is part of the Tune Group of companies. Tune Group is the parent company of AirAsia Berhad. Tune Protect is the insurance arm of the entire group. It is also listed on Bursa Malaysia and currently has a market capitalisation of about RM850 million. In fact, AirAsia is also one of the major shareholders of Tune Protect holding a 13.65% stake. 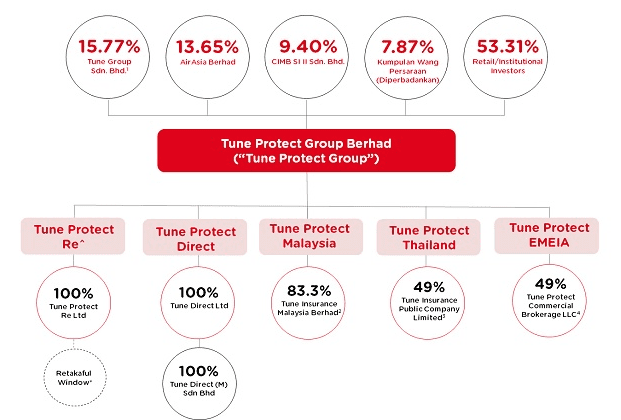 This means that, indirectly, Tune Protect should be able to grow in tandem with the growth of AirAsia. This is because there will be a percentage of passengers who would also buy insurance when they purchase their air tickets. And as the number of passengers increases when AirAsia expands, the number of insurance policies sold through its website should increase as well. In a way, shareholders of Tune Protect would benefit from the growth from AirAsia without taking on the risk of its high debt and volatile business model.

This does not mean Tune Protect is a risk-free stock to own. It would just have a different set of risks compared to AirAsia.

For example, it’s important to know that Tune Protect has expanded its business beyond AirAsia. In 2016, only 37.3% of its net earned premiums came from the travel insurance segment. This is because the company holds general insurance licenses in Malaysia and Thailand. Thus, the company is now involved in other segments like motor insurance and fire insurance. As the company grows its general insurance business, its reliance and exposure to AirAsia’s growth would diminish.

On top of that, insurance underwriting profit depends on the company’s ability to price its policies conservatively. If the company is to be too aggressive in its pricing, it might suffer underwriting losses.

Lastly, there have been a number of management changes happening within Tune Protect over the last few years. It has seen three CEO changes since its initial public offering in 2013. There has not been much information regarding these top management changes but that is not a good sign for investors.

What about the business?

Even if we were to invest in Tune Protect Group to ride on the growth of AirAsia, it is important to make sure that the business fundamentals are good as well. Looking at Tune Protect’s growth over the past few years, it has been quite respectable. 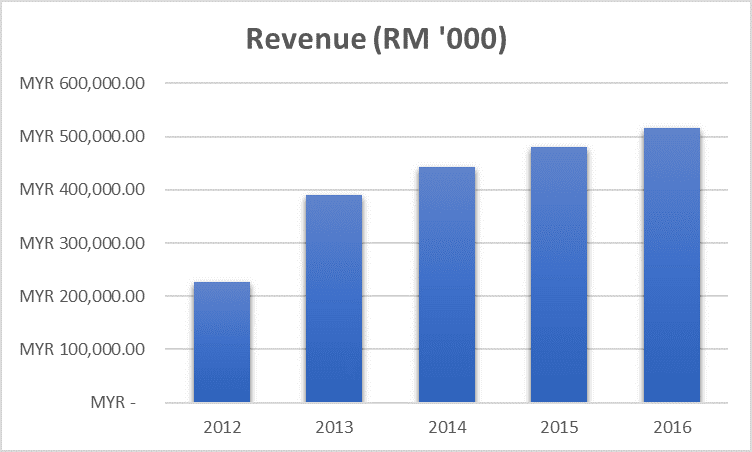 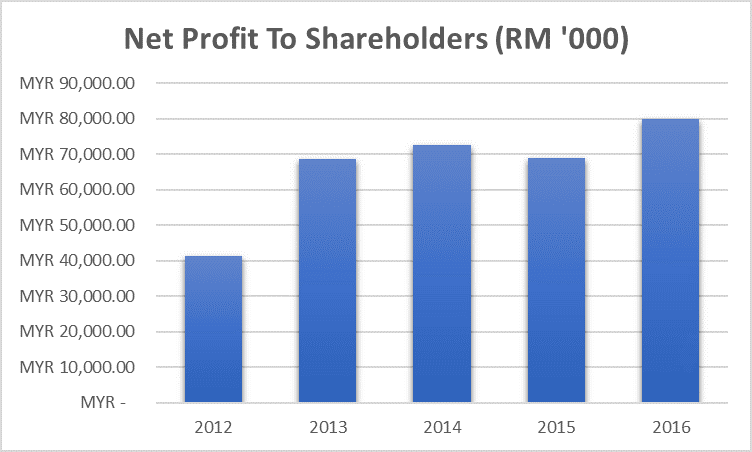 The company also enjoy a relatively good return on equity over the past few years. In the past three years, its ROE ranged between 15.3% to 18.0%. 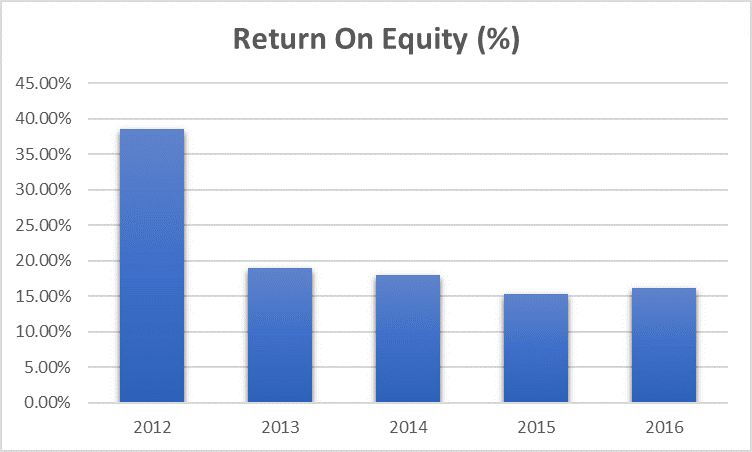 Source: Shareinvestor.com. 2012 data is before IPO.

As an insurance company, its debt level is also at a reasonable level. Its finance leverage stands at around 2.5 times in the last financial year. By comparison, United Overseas Insurance has a leverage ratio of around 1.8 in 2016.

Lastly, Tune Protect is trading around 12.2 times its trailing earnings at the moment. In terms of its book value, it has a price to book ratio of about 1.7 and provides shareholders with a dividend yield of 4.6%. 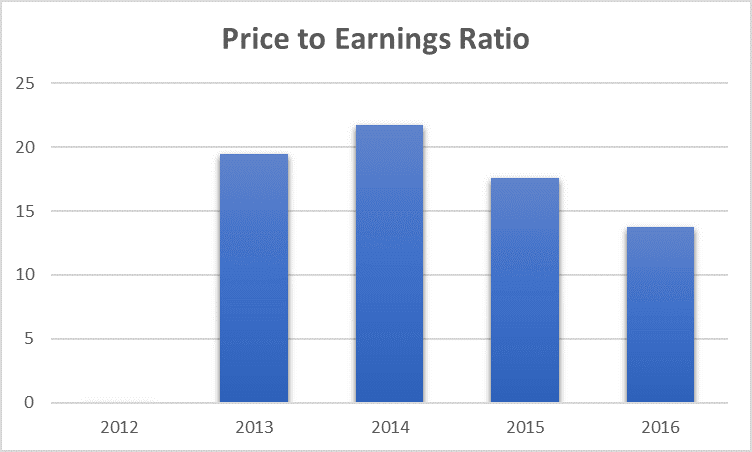 Source: Shareinvestor.com. No data available for 2012.

AirAsia has been one of the fastest growing companies in the region over the past decade. The company has grown from being an underdog to a giant in the aviation industry in Asia. However, the company is also operating in an extremely difficult industry; one that requires high capital expenditure and faces volatile operating costs.

Sometimes, a way for investors to tap into the growth of a fast-growing company, but not take on the huge risks associated with it, is by investing in some of its key suppliers. For AirAsia, Tune Protect is one such example. The company is a key supplier of travel insurance for the airline but doesn’t take on huge debt or huge capital requirements when AirAsia expands. Yet, no company is without risk. Tune Protect will have other risks that are related to its operations.

So the next time you find a high-growth company but you’re uncomfortable with its accompanying risks, look around and see if you can spot any adjacent businesses that might ride on coattails of its growth.