Chairman and CEO of OSIM International, Ron Sim, announced on 7 March 2016 that he plans to take the company private and offer to buy out remaining shareholders at $1.32 per share – a 7.8% premium to OSIM’s last traded price of $1.225 on 1 March.  Shortly after the announcement, OSIM surged to $1.38 per share – six cents higher then Sim’s offer price.  It seems investors are valuing the company higher than Sim’s $310 million cash offer.

OSIM traded as high as $2.90 per share in 2014 but fell to as low as 77 cents in the last twelve months. The main reason for the drop is the poor performance in OSIM’s key markets, especially their largest market China. The company’s net profit dropped nearly 50% to $51.5 million in 2015 from $102.2 million the year before. This has pulled OSIM’s valuation downward and, in turn, Ron Sim’s privatization offer. But to price OSIM based on its short-term performance and does not, in my opinion, do justice to its valuation.

So in order for us to get a more reliable valuation of OSIM, we need to determine the normalized earnings of the company over the last ten years.

Please note that the earnings I used here to calculate the return on equity (ROE) is from OSIM’s core business operations only; I excluded any exceptional gains, impairment losses, etc. To be even more conservative, I also used after-tax figures.

We already know OSIM’s 10-year average ROE. The next step is to calculate OSIM’s normalized earnings per share (EPS). To do that, I use the ROE formula:

With a normalized EPS of $0.10 and assuming OSIM trades at a fair value of 12 times earnings, OSIM’s intrinsic value is $1.20 per share.

Moreover, I used a rather conservative P/E to value OSIM; I believe a company with a strong consumer brand like OSIM can be valued higher at 15 times earnings. So in short, I personally think OSIM is worth at least $1.47 per share or higher.

OSIM’s financial performance may be suffering right now mainly due to China’s economy but it’s important to ask the question: Will the company’s profits remain permanently depressed or is this just a temporary dip? 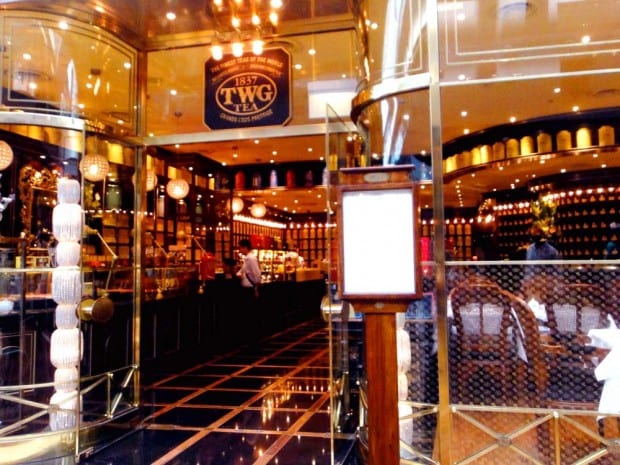 Another growth driver I see in OSIM is its TWG Tea brand. OSIM doesn’t reveal how much TWG Tea contributes to its total revenue (it’s all lumped together) but what I do know is that TWG Tea is a very successful and fast-growing consumer brand. TWG Tea has grown from ten outlets in 2011 to 52 outlets in 2015, operating in 14 markets internationally. I was in Hong Kong recently and the queue to enter the TWG tea salon was very long! Besides its own stores, TWG Tea also supplies hotels, restaurants, and airlines.

The long-term prospects in China and TWG Tea means that the company has a lot more potential growth ahead of it. And with Ron Sim’s offer price markedly below OSIM’s intrinsic value, I believe Mr Sim is, in my opinion, getting a good deal out of privatizing OSIM right now.