The Fifth Person is now on NewsLoop!

NewsLoop is Singtel’s e-reader that puts together the best news and lifestyle content from Singapore, Malaysia, Indonesia, Australia, Philippines and Thailand, all into a single elegant app.

We’re proud to say that The Fifth Person is now featured alongside renowned publications like Channel NewsAsia, The New York Times, BBC, Reuters, Bloomberg and more!

With over 600 publishers and 30 categories like Top Stories, Business & Finance, Tech & Gadgets, Health, Sports and more to choose from, you can personalize NewsLoop to deliver news that matters most to you. Check out The Fifth Person in the Business & Finance category!

With over 2.2 million downloads, NewsLoop is the highest rated news app on Singapore’s Apple App Store and Google Play. It was named “one of Singapore’s essential apps” by Stuff magazine in 2014, and ranked “one of the world’s best apps” by HardwareMag in the same year. 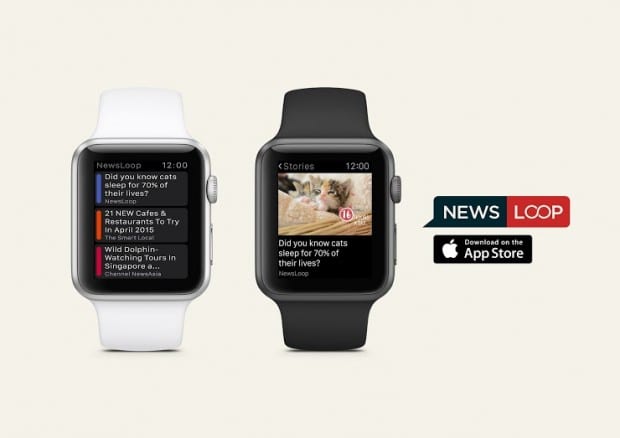 Synced with the iPhone and designed for the wearable’s user interface, NewsLoop now incorporates quintessential Apple Watch features such as Glances, actionable notifications and Handoff to offer users a highly customised and convenient multi-device app experience. Users can keep track of top stories, receive breaking news notifications and key images of top articles and save them to read later on their iPhone.

With NewsLoop you can stay in touch with the latest news from around the world and home all in one place.

NewsLoop can be downloaded for free on the Apple App Store and Google Play Store.