You see friends, family and perhaps yourself worrying about health, property, or cars. What do they rely on to eliminate those worries? Insurance.

If you’re reading this, you are probably covered by some sort of insurance. Houses and cars in Singapore are the only two entities wherein insurance is a necessity. It’s a business that has existed for thousands of years and will continue to do so for a very long time.

Those well-read on Warren Buffett’s investments and his strategies know all too well that Berkshire Hathaway’s insurance companies are one of the main engines of growth that made him billions. It’s Berkshire’s insurance “float” that gave Buffett the firepower to invest in large amounts in other companies, which then generated huge returns on investment for Berkshire.

Well, yes and no (remember AIG?). The answer isn’t quite as simple as with ALL investment choices. Let’s start with the basics:

The insurance industry can be broken down into two categories:

P&C insurers underwrite a myriad of policies that insure anything from car accidents and earthquakes to kidnapping and terrorism.

As you can imagine, P&C insurers are significantly exposed to claims relative to life insurers. For example in the year 2011, the Japanese earthquake and tsunami wreaked havoc on not just Japanese property but many P&C insurers around the world. It was one of the costliest years in the recent decade and the resulting surge in claims led to P&C insurers reporting large losses.

The first way is through underwriting income. When you buy an insurance policy, you pay either a lump sum or a regular flow of premiums to the insurance company; this is one way they make their money. This is what we’re all familiar with.

The second way is through investment income. This is the “float” Buffett keeps repeating in his annual letters to shareholders

Here’s How it Works:

Let’s say you purchase insurance against terminal illness, you pay money to the insurer and some of it will be transferred into what is generally called claims/loss reserves, under liabilities in the balance sheet.

The money then sits there, until the day you come down with a terminal illness (let’s hope it never happens!). You initiate a claim and the insurer then releases the funds it promised you which is usually way more than you paid in your premiums.

The money sitting under liabilities is what Buffett describes as the insurance “float”. Because claims don’t come all at one time, insurance companies can use that money to invest in short-term government or corporate bonds or even common stock of companies. Liquidity is key in such investments as a sudden wave of claims may occur and the insurer must sell off its investments to pay those claims. 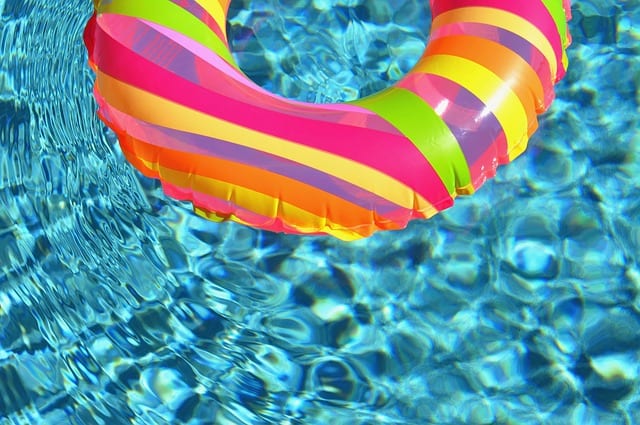 Calculating the insurance float can be very tricky as it’s not clearly defined nor recognized by any accounting school of thought due to it being a liability. Moreover, different insurance companies have different line items within their balance sheets that may confuse a reader in calculating the float.

To simplify, float is calculated by:

Don’t worry too much about trying to calculate the float, sometimes the insurer’s annual report will calculate one for you. Moreover, there are other metrics used to assess insurers that provide a good understanding of their operations and value.

How to Value Insurance Companies

Capital Expenditure is problematic and isn’t useful to measure in financial firms. Traditional businesses spend on plants and machinery whereas insurers spend more on intangible things like human capital which can’t be objectively quantified. Sometimes you don’t even see capital expenditures in an insurer’s cash flow statements.

Working Capital is similarly immaterial and isn’t utilized in insurance valuations as an insurer’s current assets and liabilities can sometimes experience significant volatility which can distort any value projections.

If an insurer’s combined ratio is below 100%, it indicates that the insurer is making an underwriting profit, getting more in premiums than paying out in claims.

If an insurer’s combined ratio is above 100%, it shows that the insurer is paying out more in claims and expenses than it is taking in premiums.

So for example, if an insurance company pays out $10 million in claims, has expenses of $5 million, and collected premiums of $20 million, its combined ratio is 75% and is considered profitable and in good financial health.

On the flip side, if an insurance company pays out $10 million in claims, has expenses of $5 million, and collected premiums of only $12 million, its combined ratio is 125% and is considered unprofitable and in bad financial health.

However, many investors use the ratio to gauge how disciplined the management team is, and a high combined ratio is unhealthy in the long run as an unexpected wave of claims could drastically shrink an insurer’s float, resulting in a massive shortfall in investment income.

Besides using the combined ratio, credit ratings are also given out to insurance companies, not from the usual ratings agencies like Moody’s or S&P, but from A.M. Best and price-book ratio is also a preferred measurement as an insurer’s balance sheet drives its earnings.

Due to regulations, insurers are required to maintain a minimum equity capital relative to the riskiness and size of their products and assets. Furthermore, many of the assets are publicly traded and obtaining the market value for them is easy. Marking assets at market value instead of original cost provides a clear and present avenue to value an insurer.

So if you’ve been looking at insurance companies recently (or plan to now), you now have a clearer understanding on how this industry operates and to evaluate insurance companies better. If you invest well enough, your dividends from an insurer could one day be big enough to cover your premiums!