If you are new to investing (or even if you’re not), you’ll probably save yourself a lot of money after reading this. Why do I say that?

I often see beginners investing in stocks just based on news with a lot hype built into it. The promise of a huge windfall is very tempting. However, it is extremely risky to invest in a company whose stock price has been hyped up by rumours/news with high analyst expectations riding on it.

Let’s move on to an example of with this real-life company case study: 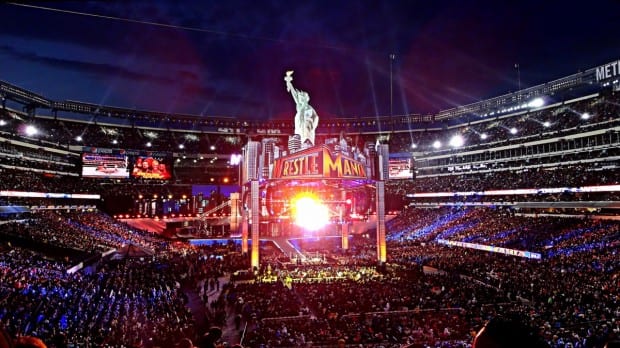 World Wrestling Entertainment (NYSE:WWE) and its programs were one of my favourite TV shows during my childhood/teenage years; I remember watching WrestleMania and episodes of RAW or SmackDown almost every week. But it was only recently, this year in fact, that I realized the company is actually listed on the New York Stock Exchange.

When I first came across WWE’s stock, its price had recently shot up 41% (from $17 to $24) in less than a month. Later the stock continued to rise until it hit an all-time high of $31.98. If you had bought the stock in early January and held it till mid-March, your maximum total returns in just three months would have been over 100%! 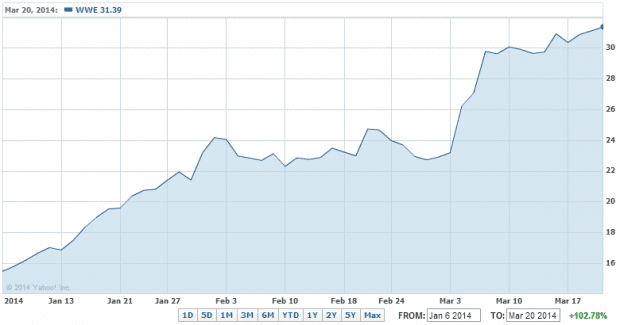 I was curious to what caused the stock to shoot up so high in just three months. After some legwork and investigation, I discovered two reasons for this:

WWE was seeking a new television contract with analysts expecting the company to at least double the current contract value of $140 million. The reason for this was that WWE compared their viewership numbers to that of NASCAR which will make over $800 million in their next TV contract. If WWE just got around a third of what NASCAR negotiated, their fees would at least double to $280 million. 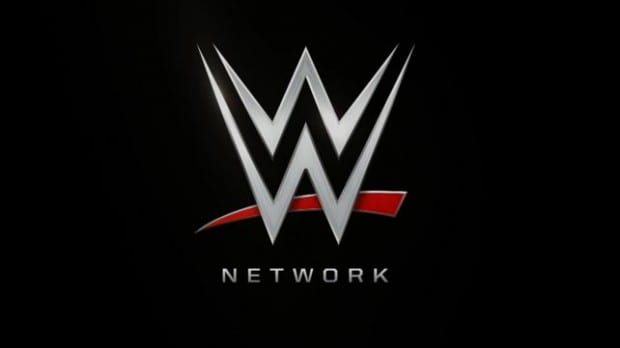 In January 2014, WWE announced that they were planning to launch a subscription-based digital network called the WWE network. The 24/7 streaming network will charge subscribers $9.99 per month to watch all its 12 pay-per-view annual events, all original programming, reality shows, documentaries, classic matches and more than 1,500 hours of video on demand. In comparison, WWE currently charges $59.99 to watch WrestleMania – which is just one of their 12 annual pay-per-view events.

The company expected to attract 2-3 million subscribers and potentially double or triple its 2012 OIBDA (operating income before depreciation and amortization) of $63 million by 2015.

So What Happened Next?

Because of the news and hype surrounding the potential growth in network subscribers and a new bumper television deal, WWE stock went skyward. However, if the company didn’t meet expectations, there was a high chance the stock would come back down to earth.

True enough, WWE didn’t meet analysts’ expectations and consequently got downgraded. The stock then plunged by over 60% in the next few months. 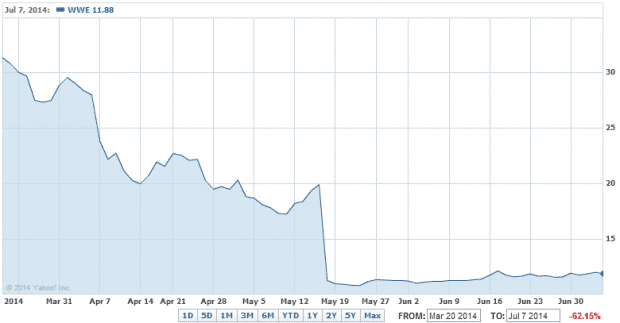 Firstly, WWE’s new television deal with NBCUniversal was disappointing. Analysts expected the deal to be worth double or triple the previous contract value, but instead it was increased by only 50%.

Next, the company announced in April that the WWE network gained 667,287 subscribers when at least 1.3 million subscribers were needed in order to compensate for the cannibalization of revenue from pay-per-view customers. The numbers came as a surprise because the company expected WWE Network to be a hit with fans with the amount of programming and content on offer for just $9.99 per month. The company’s mooted figure of 2-3 million subscribers by 2015 looks far off at the moment.

It is also being reported that WWE is on track to lose between $46-$52 million in 2014 with projected losses about $23-$26 million in the first six months alone.

At the end of the day, the results of the television deal and the WWE network didn’t meet the hype and expectations surrounding it. If you had bought WWE stock just based on the optimism and fragile anticipation that the company was going to deliver big on both counts, then the market just laid the smackdown on your investment!

Of course, you could always say that if things had turned out the other way, the stock could have gone up even further… but who can know for sure? Investing shouldn’t be a gamble and putting your money in a stock just based on hype, rumours or news alone is one risky gamble we don’t want to take.

Now if you smell what I’m cooking… 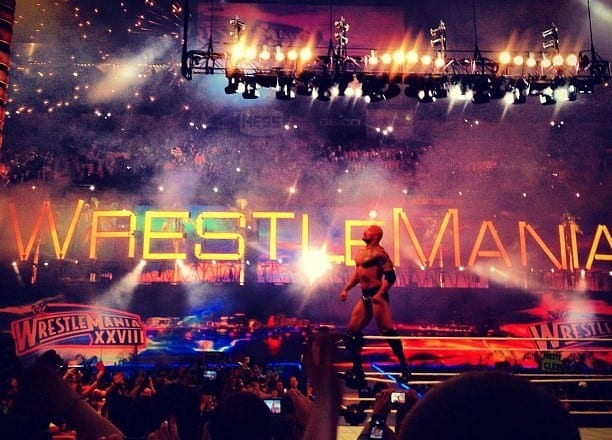