Robert Kiyosaki in his book — Rich Dad, Poor Dad — which was published in 1997, preached that your home isn’t an asset for the simple fact that owning a home does not put money into your pocket.

Rather, it’s the opposite; your house is now your biggest ‘liability’. Once the papers are signed, you will face a slew of upfront fees and costs. And after the dust has settled, you’ll have to make monthly mortgage installments over the next 20-30 years.

So why do people still treat their home as an asset? In the 1980s, house prices skyrocketed at an unprecedented rate. Singapore saw house prices reach an all-time high growth rate of 102% in March 1981. Property was considered a safe investment; it was an asset that you could touch and feel. As solid as a rock (concrete), they say.

Then, the Asian Financial Crisis happened. House prices in Singapore saw a record decline of 34% by December 1998. Seemingly overnight, the sentiment of property being a safe investment vanished. Then it happened again in 2008 during the Global Financial Crisis when Singapore property prices fell 25%. These two events have shown that the property market can crash… and crash hard.

However, despite the financial turmoil, housing prices in Singapore continued (and continue) to rise. Not too long ago, when a five-room HDB flat in Bishan was sold for a record high of S$1.295 million, it drew many mixed reactions not only among my circle of friends but also among your friendly neighbourhood Facebook netizens.

For many young adults still starting out in their careers, this piece of news was pretty demotivating. If housing prices continued on this trend, many are left with only two options:

If you can’t afford an expensive down-payment, renting is the fastest way to find a place to call home. Speaking from personal experience, I managed to find a decent place with two bedrooms to rent within just a week (back in 2018). However, despite the challenges and costs to owning a home, you should still buy one.

So why buy a property?

It was 2008 and it was the O level-year for me. It was a random evening when my parents got a call from the landlord and demanded us to move out within just 14 days. They wanted us to move out ASAP because they found a new tenant who was willing to pay more in rent on the condition that they could move in by the end of the month (somehow the lease allowed the landlord to do that). The new tenants were professionals from out of town, engineers who were looking for a place to stay near their place of work. I was just a kid back then, with hair still growing out of odd places, but I instinctively knew that the highest bidder wins.

My parents were also getting older and found it more difficult to find employment that pays a decent wage. But with the help of family members who lent us some money, my family eventually bought a home and are still making monthly repayments until today — 13 years later. My parents are thankfully able to continue working despite their advancing years.

There are three lessons I learned from this incident:

1. Buy a home as soon as you can afford one

A wage earner’s’ peak earning years usually only last from 45 to 54 years of age before plateauing then declining.

The data is from a U.S. study, but I believe the same holds true in Singapore and around the world. This means that the window of opportunity to purchase a home is incredibly limited in the context of an individual’s lifetime — simply too limited to take a wait-and-see/rent-first approach. Also not forgetting, income plays a big part when it comes to home loan eligibility and repayment. It’s a bad situation to house shop in your 50s like my parents did back in 2008 when you’re unable to earn as much as before, with limited job prospects.

2. Always ask what’s the worst that could happen

Nobody expected the market to crash in 1997, 2001, and 2008. Jobs were lost, homes foreclosed, and families uprooted. The COVID-19 pandemic is another stark reminder that we must always be prepared.

Make sure you save up for rainy days (or months actually) with enough to service your mortgage or rent, and basic living expenses. Ending up homeless and on the streets is a worst-case scenario we all want to avoid.

3. Your (bad) financial decisions affect others as well

A crisis will pass but its financial impact can linger for many years after. My parents found themselves in a difficult circumstances during the Asian Financial Crisis and, a decade later, faced another devastating situation that impacted the entire family… even years later into the present day.

In the case of home ownership, make the smart decision to only buy what is within your means. It does not make any sense at all to dip your hands into your personal emergency funds or take high-interest personal bank loans just to make the down-payment for a property beyond your financial means.

The journey to achieve financial independence is a long and purposeful one. But it may not necessarily be a lonely journey if you have family and friends who have your back along the way (as my family gratefully discovered). There’s so much to look forward to. Buy a property as soon as you can afford one, remain financially responsible, and you’ll always have a place for your family to call home. 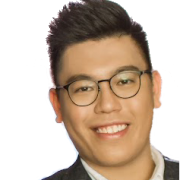 Russell Kua is the firstborn to a stock broker who lost it all in the 1997 Asian Financial Crisis. Learning from those lessons since his preteen years, he is now debt free, a homeowner, and happily married with a son before his 30th birthday. Follow him as he writes about his journey to financial independence.