We’ve been to the REIT’s annual meetings previously in 2015, 2016, and 2017. This year, I wanted to know more about the management’s rationale in investing beyond Greater China into Japan, and to evaluate the REIT’s performance over the past year.

1. Gross revenue grew 1.3% year-on year to $355.0 million and net property income (NPI) grew 0.5% to $287.2 million. The tepid growth was supported by higher average rents from Festival Walk and Gateway Plaza, but was offset by higher property tax at Gateway Plaza and a weaker Hong Kong dollar and renminbi. Due to a change in tax regulations in Beijing from 1 July 2016, property tax at Gateway Plaza was assessed at 12% of revenue, while it was previously assessed at a tax rate of 1.2% of 70% of the cost of property.

3. Portfolio occupancy rate was 98.5% for Gateway Plaza, Festival Walk, and Sandhill Plaza with the latter two properties recording full occupancy. Festival Walk continued to be the outperformer — tenant sales increased 7.4% to HK$5.2 billion and footfall grew 3.2% to 41.7 million shoppers on the back of improving retail sentiment in Hong Kong and rising tourist arrivals. Portfolio weighted average lease expiry was 2.6 years as at 31 March 2018, and all three assets recorded positive rental reversions.

5. On 25 May 2018, MNACT completed the acquisition of six freehold office properties in Japan for a total cost of ¥ JPY60.5 billion (approximately S$735.8 million). The properties are strategically located in office hubs in the Greater Tokyo Area and have current occupancy rates of 99.9%. The acquisition will add 1.6 million square feet of net lettable area to MNACT’s portfolio (an increase of 60.9%) and is expected to be yield-accretive with DPU rising by 3.9%. The purchase was financed by private placement and debt, and MNACT’s pro-forma gearing is expected to be 38.6%. 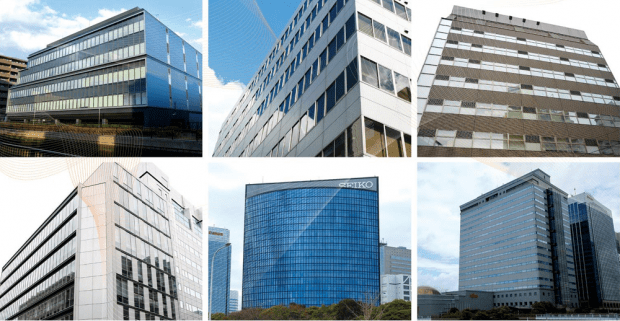 6. CEO Cindy Chow said that the REIT needs to seek new markets like Japan to grow. Yield-accretive opportunities are limited in Hong Kong and China due to high real estate prices driven by competition from local and foreign capital. She highlighted the benefits of investing in the Greater Tokyo Area which has a large, mature, and scalable office market; high-quality freehold properties; and an attractive yield spread to cost of funds. (MNACT’s Japan portfolio has an NPI yield of 4.8% compared to Japan’s 10-year bond interest rate of just 0.05%.)

8. Another unitholder wanted to know why management’s performance fees had increased this year and how it was computed. The CEO explained that the management earns a base fee of 10% of distributable income and a performance fee of 25% of the increase in annual DPU. As a REIT is primarily an income investment, MNACT’s management fees are closely aligned with unitholders. I personally think this is true, especially if you compare this to Keppel REIT which pays a base fee of 0.5% of assets under management.