At 10 o’clock on a Monday morning, I wanted to grab a bun from BreadTalk at Somerset 313 for a quick breakfast. After looking through the buns on the display, I had a hard time deciding on what to eat. Not because I was indecisive but there weren’t any tags to label and describe the different buns.

I gave my feedback to a staff member but she did nothing except to continue wiping the trays. I ended up getting a cheese hot dog bun (easier to identify), paid for it, and left the outlet. As a customer, frankly, I can simply stop patronizing a business because of bad service. But as a shareholder though, I ought to be concerned when staff have a slipshod attitude to serving customers.

BreadTalk was embroiled in a scandal recently after a photograph showing a staff member filling up plastic bottles with Yeo’s brand soya bean milk went viral on the internet. The problem was that BreadTalk labelled the bottled soya bean milk as “freshly prepared” which gave the impression that the drink was brewed in-house. The fact that each 350ml bottle was sold at $1.80 while 1 litre of Yeo’s soya bean milk only costs $1.50 didn’t help as well!

BreadTalk has since apologized and pulled the soya bean drink from its outlets. The company is also giving away 50,000 of its signature pork-floss buns and donating $50,000 to charity in a bid to make amends but the damage has been done in the eyes of some consumers.

Since the scandal broke, I’ve received questions regarding my opinion on BreadTalk and whether the soya bean milk saga will affect the company. Here is my answer: 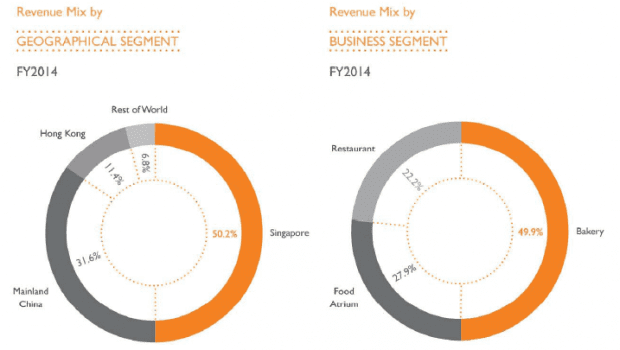 But if you go deeper, you’ll realize that BreadTalk’s bakery division doesn’t just comprise its BreadTalk outlets, it also includes all its Toast Box outlets. In other words, the direct revenue contribution from BreadTalk outlets alone is smaller.

Furthermore, the majority of BreadTalk’s bakery outlets (both BreadTalk and Toastbox) are in mainland China with 418 outlets in the Middle Kingdom compared to only 122 outlets in Singapore: 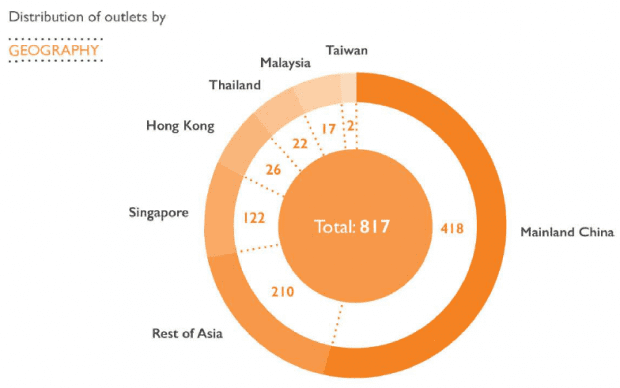 The main reason why Singapore still manages to generate 50% of BreadTalk’s total revenue is mainly due to its restaurant division which includes brands like Din Tai Fung, RamenPlay, and Sanpoutei Ramen. Out of 34 restaurants, 29 are in Singapore alone. 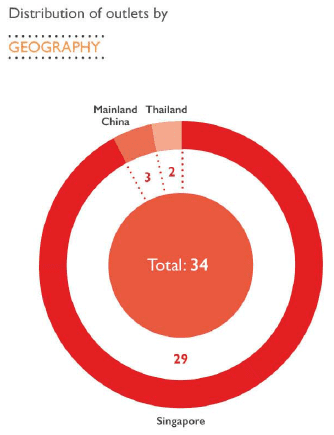 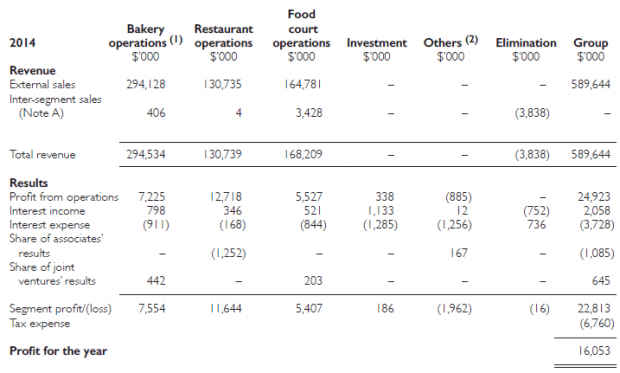 As you can see, the restaurant division is BreadTalk’s highest profit contributor. The bakery division only contributes 33% of total profit even though it generates half of BreadTalk’s revenue.

So back to the question: Will the soya bean saga affect BreadTalk’s profits?

From what we’ve dug up so far, it seems highly unlikely. The restaurant division is the main profit contributor now, the bakery division consists of BreadTalk and Toast Box outlets (which is largely unaffected by the scandal), and the majority of BreadTalk outlets are in mainland China anyway. In a nutshell, the revenue and profit contribution from BreadTalk outlets in Singapore only forms a small overall percentage.

In this regard, BreadTalk has very successfully expanded and diversified its business model and geographic presence from when it first started as a single bakery outlet in Singapore 15 years ago.

But I am Still Concerned about BreadTalk

I’m concerned that one day the management might subconsciously damage its own brand like how Starbucks did so in the recent past. Here is what happened to Starbucks from 2000 to 2007.

After running Starbucks successfully for 15 years overseeing day-to-day operations, CEO Howard Schultz decided to step down in 2000.  He took on the role of chairman where he was no longer involved in the meetings and planning sessions that once occupied his calendar.

Orin C. Smith succeeded him and tripled the number of stores in five years before passing the helm to Jim Donald. Everything looked good as the Starbucks posted record growth year after year, however the cracks in the foundation started to appear:

As recounts by Howard himself in his book Onward:

“We were venturing into unrelated businesses like entertainment. And we were pushing products that deviated too far from the core coffee experience.”

Howard knew that the core business of Starbucks had shifted when the overall experience in Starbucks outlets begin to decline.

“One day I walked into a Seattle Starbucks and immediately felt frustrated because burnt cheese had, once again, enveloped the store. I spoke to the manager about it. But she did not understanding my concern because, she told me, the store had already far exceeded its sales goals for sandwiches for that week. I left the store depressed. What would be next? Hash browns?”

By summer 2007, the growth in Starbucks store traffic slowed to levels never seen before. Coupled with adverse market conditions, Starbuck’s share price dropped by 42% that year. It was then Howard decided to return as a CEO and return the company to its original founding vision of bringing world-class coffee and the romance of Italian espresso bars to people – one cup at a time.

Starbucks had clearly grown to become a profit-driven company. For example, introducing sandwiches make sense financially in the short term but weakened Starbucks as a brand in the long term. Short-term gain blinded top management when Starbucks was willing to compromise its brand in exchange for profit!

Is BreadTalk Heading Down a Similar Path Like Starbucks?

After the soya bean milk saga, I have been dropping by a few BreadTalk outlets here in Singapore and I’ve not noticed a drop in customer volume so far; I still see queues forming as customers make their bread purchases.

BreadTalk’s recent 2Q 2015 results also reported 10% growth in sales and profit, everything looks good but early signs of cracks in the foundation may be emerging.  It is still too early to tell at this stage but if they are there, now’s a good time to fix them before it gets worse.

“Companies pay a price when their leaders ignore things that may be fracturing their foundation.”

The guide will be sent to the email you entered above