Following Brexit the term “stagflation” has reared its head, but what is it, what signs should investors look for and how will it affect different investments?

While no-one can say for a fact what the economic fallout of the UK’s vote to leave the European Union will be, the prospect of “stagflation” has been floated as the economy faces an uncertain future.

Uncertainty is the market’s biggest foe, but investors can protect themselves by improving their understanding of the UK economy and remembering that diversifying portfolios, by holding many different assets,  offers  the best opportunity to ride out any potential storm.

Stagflation is a description of an economy in trouble. It is a portmanteau of stagnation and inflation.

It is the term used to describe periods of persistently high inflation – the cost of goods rising – combined with high unemployment and stagnant demand or low economic growth.

The UK previously experienced stagflation in the 1970s when a jump in oil prices squeezed the life from the nation’s economic output and contributed to higher levels of inflation.

What has Brexit got to do with stagflation?

Analysts and the UK government forewarned that Brexit, at least in the short-term, would hit the UK’s economy:

Schroders’ Brexit scenario estimated a fall of 0.9% in GDP by the end of 2017 compared to our baseline forecast, and a rise in the level of CPI (consumer price index) inflation by 0.6%.

There are worries that UK companies will struggle to do business with international trading partners due to the uncertainty over which markets will still be accessible after the UK leaves the EU.

A knock-on effect could see employers stop employing and households cut spending as both companies and consumers batten down the hatches and preserve cash in fear of a slowdown.

There are concerns too that inflation will rise as sterling continues its downward spiral, pushing up the cost of imports and therefore the cost of living. This would come at a time when the UK government could be looking to raise taxes and cut spending to cover its own budget shortfalls.

Ratings agencies have already downgraded British government debt – essentially they are highlighting the risk that the government might not be able to meet its debt obligations.

It is, unfortunately, a self- perpetuating cycle and conditions appear ripe, although far from certain, that the UK could experience some form of stagflation in the near-term and investors need to remain alert.

Four indicators that investors should keep an eye on:

While the UK is in the eye of the storm there are risks of contagion. Brexit could encourage other euro-sceptic European nations to follow suit and hold similar referendums, putting the European project in jeopardy.

There is also the unknown outcome of the ongoing measures adopted by governments and central banks to reflate the global economy.

While there are currently few signs that the trillions that policymakers have injected into the economy will have sudden boost to inflation, the prospect is still there, and if it comes it could be sudden and violent. This could have global consequences.

What should investors do?

Consider their portfolio positions carefully. Diversification remains the key. Stagflation is not yet a reality and might not even come to fruition, so positioning solely for it could leave investors over exposed to the flip-side.

Additionally, there might also be a risk-premium attached to some of those assets which might be considered a stagflation hedge, in other words, you might be paying much more than you otherwise would have.

A balanced portfolio offering some protection for the worst case scenario and risk to offer the chance of a higher rate of returns should provide a suitable hedge against stagflation. 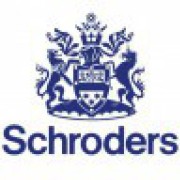