In my previous post, I shared why I thought Yahoo was a great asset play pre-Alibaba IPO. The stock more than doubled up in less than two years leading up to Alibaba’s IPO and Alibaba itself is now one of the most valuable tech companies in the world.

So now that Alibaba has gone public, where does it leave Yahoo? Is there still upside potential left in the stock considering that it still owns 15% of  (a much more valuable) Alibaba and 36% of Yahoo Japan? Is Yahoo only valuable because of its stakes in these two companies? Or is Yahoo able to turn its core business around, in spite of the intense competition from Google and Facebook, and bring growth back to the company?

I sold my stake in Yahoo when Alibaba listed because that was the reason for my investment in the first place and was always my exit strategy. But I also wanted to continue monitoring Yahoo and see what the management planned to do next and how it was going to spend its Alibaba windfall.

So before we go into all that, let’s have a brief review of Yahoo’s business over the last few years.

As we know, Google has dominated search ever since it came onto the scene in 1998, leaving Yahoo and the rest of the competition by the wayside. 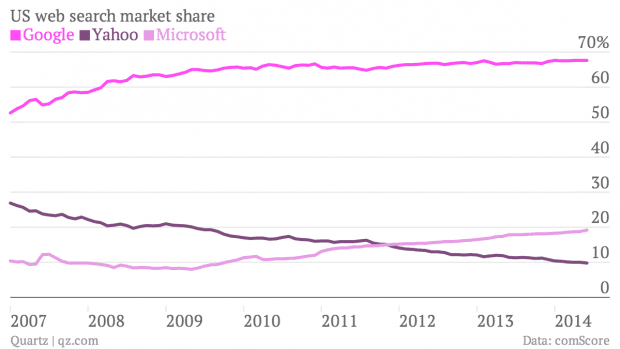 After losing out on search to Google, new players like Facebook and Twitter emerged to establish and dominate another huge segment of the Internet — social media.

Because of Google’s dominance, Facebook’s primacy in social media, and Yahoo’s failure (so far) in reinventing its business model, Yahoo’s results have suffered.

And even though Yahoo still owns some of the most trafficked sites on the Internet, unlike Google they seem to have trouble translating all that traffic into advertising growth and revenue. 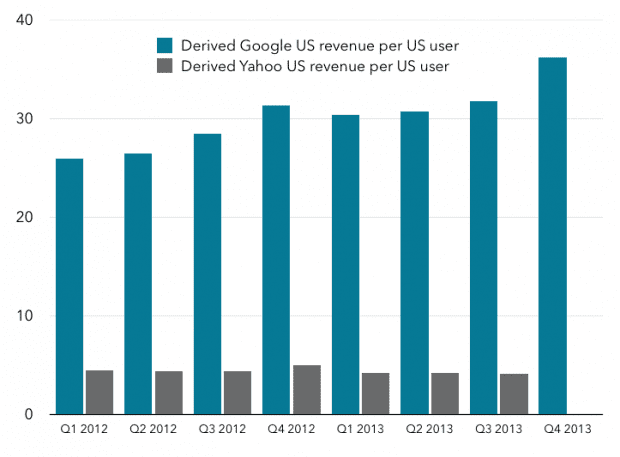 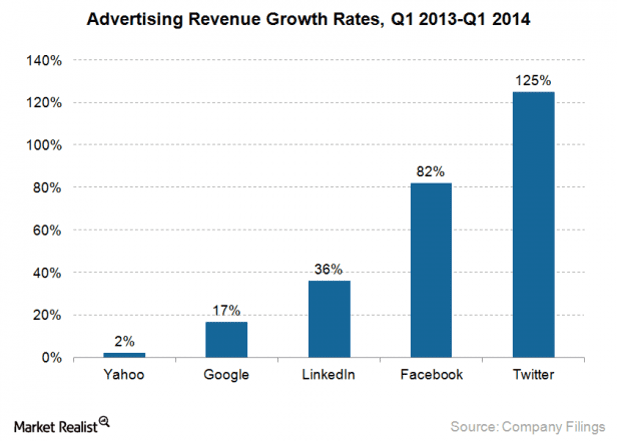 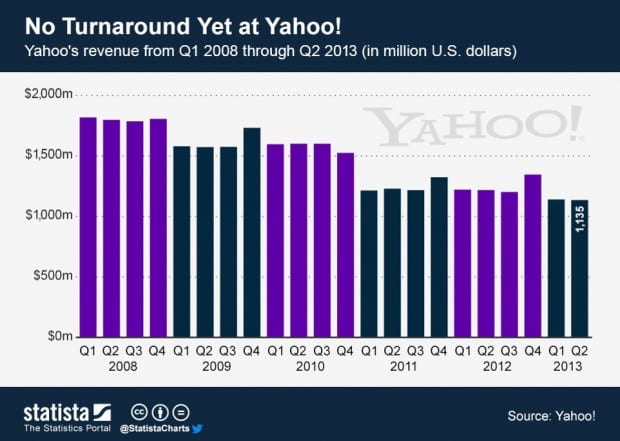 So as you can see, Yahoo isn’t doing too great and it’s been this way for a number of years now. Yahoo’s management has been on acquisition spree at the moment, most noticeably spending $1.1 billion on Tumblr, in an effort to revitalize growth but it’s anyone’s guess how the acquisitions will turn out in the long run.

Ok. So now that we have some background on Yahoo, let’s have an update on Yahoo’s latest Q3 results.

Here are some of the highlights:

Yahoo’s revenue is still pretty much flat and CEO Marissa Mayer still has a lot of work to do to turn the company around. But on the positive side of things, mobile users are growing healthily and their acquisition of Tumblr is doing nicely.

So overall there are still a lot of question marks right now about how Yahoo is going to turn its business around. If you were to choose a stock to invest in, Yahoo (sans its Asian assets) wouldn’t be anywhere near the top of anyone’s list.

The share buybacks are a nice piece of news for investors and in fact, Yahoo has returned $7.7 billion over the last two years to shareholders in the form of buybacks. The key about share buybacks though is that the buybacks should be done when Yahoo stock is undervalued.

Which brings us to the next point: How do we value Yahoo now and is it still “undervalued”?

The Value of Yahoo

Ok, so we all know that Yahoo still has a 15% stake in Alibaba and 36% in Yahoo Japan. Both of them are now publicly-traded companies, so the dollar market value of these assets is simple to calculate. We’ll also include Yahoo’s cash & cash equivalents and this time the value of Yahoo’s core business as well.

Now we all know that Yahoo’s core business isn’t that fantastic. But a company that still generates more than a billion in profit a year is still worth something. So let’s value it at just five times earnings — which is a very low multiple.

Now let’s add the figures together and compare that with Yahoo’s current market cap.

Yahoo’s current market cap is $48.3 billion.This means Yahoo is actually approximately 37% “undervalued” right now. And not to forget that if Alibaba and Yahoo Japan trade higher, the stakes will be worth even more. (Of course, it could also go the other way!)

But There’s a Catch…

The problem is Yahoo can’t fully realize the value of its assets, specifically Alibaba and Yahoo Japan because of the IRS. The moment they sell their stakes and net the cash proceeds, Yahoo is instantly hit with a 38% tax bill. This wipes away a substantial value of its assets.

So if we take tax into consideration, Yahoo’s Alibaba stake is only worth $26.4 billion and its Yahoo Japan stake is $4.5 billion. Which means Yahoo’s intrinsic value is only $46.9 billion — which is close to what the market is valuing Yahoo now ($48.3 billion).

So the question that interests everyone who’s following Yahoo right now (including me) is: How is Yahoo going to unlock the value of its assets tax-free?

If Yahoo can achieve that, we’ve already seen that Yahoo is worth a lot more than its market cap right now. Many scenarios have been suggested including:

It’s anyone’s guess how these scenarios will pan out in the near future, but the structure that the management decides on will be crucial to how Yahoo will unlock the value of its assets for shareholders.

In the meantime, the planned share buybacks should help boost Yahoo’s EPS and the value of its stock. How Yahoo plans to reinvest its Alibaba IPO proceeds to turnaround its core business and on synergistic acquisitions is also vitally important.

The next 12 months will be really interesting for Yahoo and I for one will be watching.