Singapore Airlines (SIA) is the flagship carrier of Singapore with its headquarters located at Changi Airport. Fortune magazine ranked SIA as the top global airline for 2022. Well known for its premium branding in the airline industry, SIA has won multiple travel-related accolades and has consistently rated among the top three airlines in the world over the years. Singapore Airlines is majority-owned by the Singapore government investment arm, Temasek Holdings, which holds 55% of voting stock as of 31 March 2020.

At its 2022 annual general meeting, I was able to observe how SIA has emerged from the COVID-19 pandemic as a more resilient, innovative, and agile airline. Here are five things I learned.

1. SIA reported an encouraging set of financial results amid a relatively volatile FY21/22. Revenue for FY21/22 jumped 99.6% to S$7,614.8 million compared to S$3,815.9 million the year before. Despite the significant improvement, revenue is still considerably lower than pre-pandemic levels.

The increase was mainly attributable to the reopening of international borders. As travel restrictions continue to be eased, SIA will continue to closely monitor the demand for air travel and increase its passenger capacity as needed. Looking forward, FY22/23 will track closer to pre-pandemic levels as suggested by early indications.

EBITDA improved remarkably from negative S$2,546.6 million in FY20/21 to S$1,301.2 million in FY21/22. This increase has been accredited to the strong demand and tight air freight capacity resulting in higher yields. Additionally, the initial reopening of the borders through Vaccinated Travel Lanes — releasing the pent-up demand for international travel — also played a vital part in lifting EBITDA to a positive value.

As a result of critical steps taken over the last two years, SIA was able to recover swiftly, achieving positive operating cash flows in the second half of FY21/22 coming off a negative base. Operating cash surplus hit a record high of S$824 million in FY21/22. Furthermore, effective cash raising exercises during the pandemic has allowed the SIA group to achieve a healthy cash balance ofS$13,762.7 million.

2. Decisive actions have built a strong financial position. SIA has raised S$22.4 billion in additional liquidity since 1 April 2020 through a series of rights issues and a small proportion from aircraft sale & leasebacks, and U.S. dollar bond issues. Additionally, SIA made a string of hard decisions that has led to effective expenditure management:

3. The experiences gained from navigating the COVID-19 crisis has made the SIA group more resilient. The airline is in a much better position to weather a similar crisis in the future. Some of the innovative solutions highlighted by CEO Goh Choon Phong include:

4. SIA remained primed for travel upturns. As seen in the chart below, at each stage where border restrictions were relieved, SIA was able to raise passenger capacity significantly faster and higher than its APAC peers.

This can be attributed to the fact that SIA kept operational resources (such as aircraft availability and manpower) ready for such capacity injections. Hence, passengers carried more than doubled in Q1 FY22/23.

5. Despite the hurdles that SIA had to overcome from the pandemic, it continued strengthening its core propositions. Here are a few of the examples that the CEO highlighted:

SIA throughout its history has seen its share of turbulent skies and is no stranger to global black swan events ranging from 9-11, the SARS outbreak, and the COVID-19 pandemic. Despite these hurdles, SIA responded proactively to each crisis emerging ever stronger. Singapore is well positioned as a major hub for transpacific travel which SIA will benefit from. Looking forward, looming economic headwinds will impact SIA’s road to full recovery in FY22/23 despite the reopening of borders. 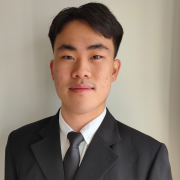