The company is also one of the fastest growing companies on Bursa Malaysia today, having seen its revenue grew from just RM148.4 million in 2014 to RM2.55 billion in 2016. Here are the eight things you must know about this company.

In one of the largest deals in the history in Malaysia, the main shareholder of SP Setia Berhad, one of Malaysia’s largest property developers in 2014, completed a deal to sell all his remaining shares to Permodalan Nasional Berhad, a government-linked fund. During that period, many of the top management in SP Setia started leaving the company for Eco World Development. According to a news report, it is estimated that about 280 staff from SP Setia ended up joining Eco World Development. Eco World Development also rented many of the most visible commercial properties of SP Setia at the time to launch its sales offices across the country.

According to its 2016 annual report, the company is mainly owned by three individuals; Tan Sri Abdul Rashid Bin Abdul Manaf, Dato’ Leong Kok Wah, and Liew Tian Xiong. Between the three of them, they control about 66% of the company.

Tan Sri Abdul Rashid was previously the chairman of SP Setia from 1997 to 2012 and Dato’ Leong was the deputy chairman for about the same period. Liew Tian Xiong is the son of Tan Sri Liew Kee Sin, the founder of SP Setia.

Where is its business? 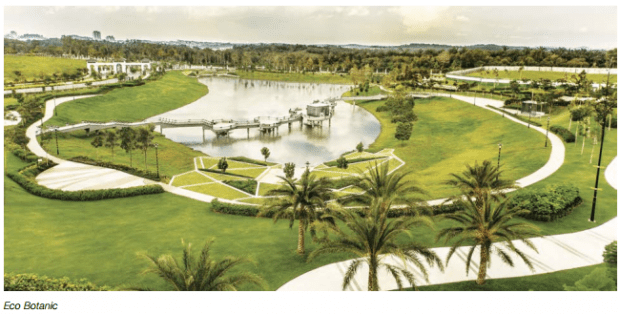 Many of its developments are quite unique and innovative in Malaysia. It generally entails over-the-top landscaping with European styling. 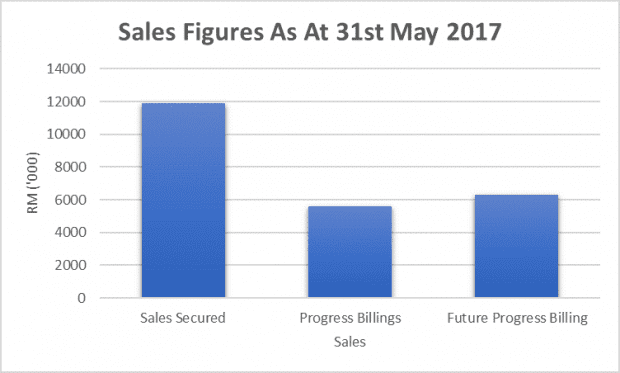 The company has received such a strong response to its projects, especially given the lukewarm property market in Malaysia at the moment. As of 31 May 2017, the company has already secured close to RM12.0 billion in sales and have billed about RM5.5 billion of it. For the next few years, the company still has on its book total unbilled sales of about RM6.3 billion. Given that the company “only” recorded sales of RM2.55 billion in 2016, the unbilled figures look all the more impressive. 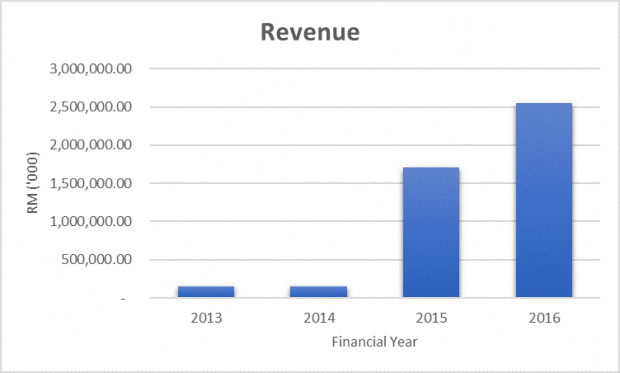 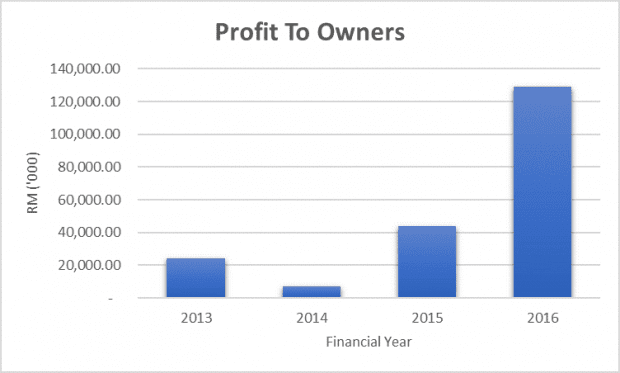 Similarly, as its revenue grew over the last few years, its earnings has also been growing rapidly. With RM6.3 billion in unbilled revenue, we should continue to see growth in the company’s top and bottom lines over the next few years.

What is fueling the growth?

We all know that property development is an extremely capital-intensive business. For a new company, it is almost impossible to have grown so rapidly with organic funds. Therefore, the company has been growing with the help of debt and equity financing. Over the last few years, Eco World Development has raised funds through multiple share issue exercises. The company also has outstanding warrants which can provide additional funds for the company.

Eco World Development has also raised a huge amount of debt. At the end of 2016, it has a debt of close to RM3.0 billion. Its leverage ratio is more than 1.3 times, which is relatively high but not unusual for a new and growing property developer.

Return on equity not so impressive 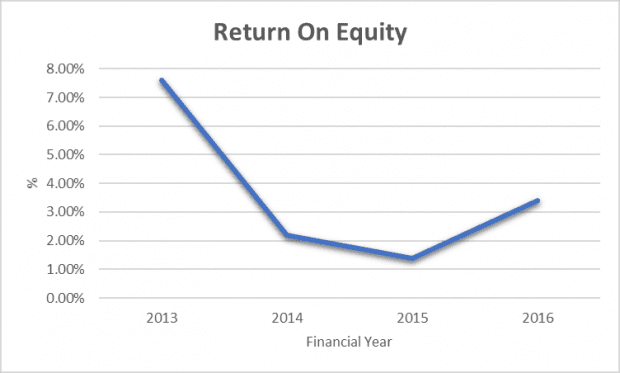 Given the huge fund raising done by the company over the last few years, its return on equity has not been very impressive. Since 2014 to 2016, the company has managed a return on its equity of less than 5%. This might also be due to the startup cost of the business, which adds more cost to the business at the beginning.

Slowdown of the property market

Although revenue of Eco World Development has been very encouraging over the last few years, it is still fighting an uphill battle. The property market in Malaysia has been quite gloomy and is still uncertain. There seem to be an oversupply issue in the major cities in Malaysia. It is unclear when the situation might turn for the better. Eco World Development seems to be bucking the trend at the moment, but the outlook of the industry is definitely something an investor should keep an eye on.

Eco World Development Group has been one of the fastest growing companies on Bursa Malaysia over the past few years. However much of the growth is being financed with huge equity injections and taking on more debt. The company is currently trading at 1.2 times its book value with a market capitalization of RM4.65 billion. It is also fighting an uphill battle against the weak property market in Malaysia. Yet, the company still possesses huge potential as it has huge undeveloped land bank waiting for be fully realized.