Global prospects remain highly uncertain more than one year into the pandemic as economic recoveries diverge across countries and sectors. But admidst global economic uncertainty, investors continue to be on the lookout for investments that exhibit potential for growth.

In this article we will look at the structural trends developing in China and how an investor can apply thematic investing in promising sectors as the country continues to undergo its transformation into a first world nation, and its plans and initiatives for the future.

Urbanization and the continued rise of China’s middle class

According to an article by the China Daily, studies show that China’s urbanization rate is expected to reach 70% by 2035. The growth in the middle class will continue to drive consumerism and domestic consumption in China, leading to growth opportunities for companies that successfully serve the massive Chinese market.

Transition to a technology-focused economy

Forty years ago, China was largely an agricultural economy. However, the last four decades have seen China transit towards a manufacturing and labor-intensive industry. Today, the nation is now planning to take another leap forward — by aiming to become a technological and innovation-driven economy.

Chinese officials have also stated that China is aiming for tech independence as relations between China and the U.S. become increasingly strained. The future could see many new, innovative companies emerge from China as it seeks to become a hotbed of invention and technology.

China is the world’s most populous country with a population of over 1.4 billion. But it is aging fast. Due to its one-child policy in the past, China faces a ‘demographic cliff’ where 39% of its population will be over retirement age by 2050. This partly explains the country’s push toward technology to replace labour productivity to sustain growth as the population ages.

With an ageing population, healthcare needs will expand. The topic of healthcare was covered in China’s recent Five-Year Plan – a development agenda published by the Chinese government that includes detailed guidelines and themes aimed at driving the Chinese economy forward every five years.

In light of COVID-19, the Chinese government plans to build a network of new healthcare institutions over the next five years, with a focus on tackling infectious disease outbreaks. China’s other initiatives include building more hospitals in regional and local areas to lighten the load on healthcare facilities in China’s big cities, building new hospitals to integrate the use of western and traditional Chinese medicine, and providing more facilities to address the needs of the ageing population.

In its 14th Five-Year Plan, China stated its aim to increase the share of non-fossil energy in total energy consumption to 20% by 2025 (up from 15.8% in 2020) and become carbon neutral by 2060. This is an ambitious target as the nation is currently the largest coal consumer in the world and is responsible for 28% of total global emissions. However, China is cognisant that ecological and environmental sustainability is crucial for its continued growth.

The key to China ‘de-carbonising’ and reducing its reliance on coal and other fossil fuels is to invest in areas like renewable energy, electric vehicles, and battery storage. Already, China is the world’s leading consumer and producer of solar power; China has 254 gigawatts of cumulative installed solar capacity (more than three times the U.S.) and produces three-quarters of the world’s supply of solar panels.

In 2020, China doubled its construction of new wind and solar power plants from a year earlier, and continues to build more wind, solar, and hydro capacity every year.

It’s too early to tell whether China can reach its goal of becoming carbon neutral in 40 years’ time; the country also continues to build thermal (coal and gas) power plants alongside its renewable initiatives. However, the fact that carbon emission and climate policy were key topics of recent China’s Five-Year Plan bodes well for the country’s renewable future.

From the structural trends described above, an investor can consider exploring the following investment themes.

The recent China tech crash may also present a timely opportunity for investors looking for exposure in this sector. Investors seeking to leverage upon the technology theme in China can explore the iShares Hang Seng Tech ETF or Krane Shares CSI China Internet ETF.

2. Real estate. China’s rapid urbanisation rate is expected to support the demand for housing. According to a recent press release by the National Bureau of Statistics of China, China’s investment in real estate development in the first four months of 2021 was RMB4,024 billion, up 21.6% year on year. This was 17.6% higher than that from January to April in 2019 before the pandemic.

Investors who wish to ride upon the urbanisation theme can consider the Global X MSCI China Real Estate ETF.

3. Healthcare. China’s policy makers introduced the ‘Healthy China 2030’ policy outlining China’s plans to upgrade the standards and quality of service in primary care institutions. According to the 14th Five-Year Plan (2021-2025), China will be deploying the equivalent of RMB200-300 billion into improving its public health system.

4. Renewable energy. Climate change and environmental protection has been gaining more attention in recent years as policymakers in China acknowledge that that air and soil pollution, and water shortages have increased as a consequence of rapid growth over the past 40 years.

For overall exposure to China’s equity market (large and mid-cap companies listed in and outside mainland China), investors can consider the iShares Core MSCI China ETF which tracks the performance of the MSCI China Index.

Note: Although ETFs are naturally diversified, it’s still important to conduct your due diligence and limit your risk exposure to a level that you’re comfortable with.

According to IMF’s World Economic Outlook (April 2021), China was the only economy that registered positive real GDP growth of 2.3% during the pandemic in 2020. The country is also forecasted to have the second highest growth among advanced and emerging economies in 2021 and 2022.

Investors may find interesting thematic opportunities presented by Chinese markets for growth and diversification. Thematic investing allows an investor to focus on specific sectors that exhibit potential growth. At the same time, an investor must be aware of any major structural changes that could affect their selected sector or industry.

If you’re interested to invest in ETFs and gain exposure to the China stock market, you can consider Futu Singapore and invest via their moomoo app. They offer one of the most competitive trading fees in the industry for Hong Kong and China stocks at HKD18.00 and CNH18.00 minimum per trade respectively. In addition, Futu Singapore also offers low-cost access to the Singapore and U.S. stock markets.

It gets even better. From now until 30 September 2021, when you deposit SGD2,700 and trade five times on moomoo, you receive a cash coupon of SGD88 and one FREE Apple (AAPL) share. (This is worth around USD150 now.) But this is limited to only the first 15,000 redemptions!

This article was written in collaboration with Futu. 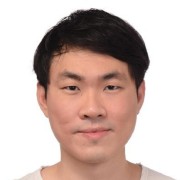