There are relatively more IPOs this year at Bursa Malaysia and one of the IPOs that caught my attention is Sasbadi. The main reason is because I’ve known this brand for quite a long time since my school years more than 20 years ago! I’ve read many books published by Sasbadi when I was preparing for my exams back in the day.

Sasbadi Holdings Bhd created quite a stir in the Malaysian stock market recently when its 216.836 million public shares were oversubscribed by an overwhelming 33.15 times. According to a statement from Sasbadi, they received 7,203 applications in total for the 93.145 million shares in the Bumiputra category which also represents a 28.34 times oversubscription rate.

The offer in the IPO also included selling 35.95 million current shares at RM1.19 issue price per share. 12.7 million of these shares were allotted for Bumiputra investors. The remaining shares were kept aside for selected investors.

Within a week, on 24th July, Sasbadi Holdings Bhd became the latest debutante at Bursa Malaysia and opened their shares at RM1.75 per share. This is a 56 sen premium on its IPO price of RM1.19. Remarkably, they traded 3.6 million shares right on the opening bell.

The main business of Sasbadi Holdings Bhd is in educational publishing and print publishing operations for schools, particularly for primary and secondary education. The educational materials published by Sasbadi are mostly based on the National School Curriculum of Malaysia. However, the company also publishes non-curriculum books and documents including general title books.

The company also has an online publishing arm for educational documents based on the National School Curriculum of Malaysia.

Sasbadi started its journey in the publishing industry back in 1985. At that time, its main function was aimed at publishing educational materials with a sole focus on primary and secondary school education. They published their first textbook in 1987. Their first Malay-translated publication came out in 1997. The first two translated titles were Eyewitness Science and Make it Work! In 2002, Sasbadi started a collaboration with Malaysian Association for publishing materials on English language teaching. In 2003, they published Spirit of the Keris, their first general title.

In 2004, Sasbadi moved to their specialized head office in Kota Damansara, Selangor. In 2005, the company was authorized as the sole distributor and exclusive partner of Malaysia and Brunei’s LEGO products. In 2009, the first book fair ‘Bazar Baca’ was organized. In 2010, Malaysian Book Promotions was acquired and Orbit Buku, a subsidiary, commenced operations. In 2011, Sasbadi Online was launched and the first online teaching product was released under the title Penjana Pantaksiran Instan.

In 2012, Sasbadi worked as the co-organizer of World Robot Olympiad 2012 held in Kuala Lumpur along with the government of Malaysia. In 2013, the company was authorized to produce a list of selected titles by Pearson Malaysia Sdn Bhd. Sasbadi has been appointed to design the 2014 National Science Challenge (primary level) online system by the Academy of Sciences Malaysia. They have also incorporated MBP Publications along with Sasbadi Learning Solutions this year.

As you can see from all of this, Sasbadi has a long and successful history so far with a good track record of business expansion and strategic partnerships.

Why is the IPO Oversubscribed?

Sasbadi is a company that has always been doing exceptionally well in the field of educational publishing. Their financial results have been very impressive as well. But I think the most significant reason the IPO is oversubscribed is because Sasbadi is a brand that is so well-known to most Malaysians who studied in public schools and are so used to reading their books for so many years. That recognition might be one of the main reasons why so many investors were interested in purchasing their shares.

According to the latest financial reports, Sasbadi’s sales increased from RM47 million in FY10 to RM78 million in FY13. This represents a three-year compounded annual growth rate of 18.4%. The gross profit in this period increased from RM18.6 million to RM32.1 million (a CAGR of 19.9%). However, as of February 2014, the latest financial year reported a 14.2% drop in sales and a 2.6% drop in profits.

Sasbadi is highly optimistic at the moment and they have their reason to be so. After all, being oversubscribed by 33.15 times is no easy feat!

According to a Sasbadi spokesperson, they plan to use RM11.5 million to partially finance an acquisition of proposed publishing businesses. They will spend RM7 million for funding an acquisition of an office warehouse and an additional RM1 million for establishing application-based learning centers. The remaining RM5.7 million will be utilized as working capital and for business expenses.

According to managing director, Law King Hui, Sasbadi do not need a huge investment in developing further online educational products as they already have the know-how and capabilities to do so right now. About the new office building, Law said that although the location has not yet been finalized but it will be constructed in Klang Valley. The building will lie on an area of 10,000 square-feet and be perfectly accessible and convenient for the management team and staff.

Is Sasbadi a Good Investment?

According to one study, every unit increase in the oversubscription ratio contributes to, on average, a 0.18% increase in initial returns. This indicates that Sasbadi might see some great returns in the initial stages due to the strong demand.

In case of high profile IPOs with a huge oversubscription though, a portion of the investors might be in only for the short term and simply flip the stock at the first opportunity; not everyone is in it for long-term growth. What could happen next is, after a while, momentum traders start selling to take their profits, sentiment starts to switch and the stock starts to nosedive. However, considering that Sasbadi is such a well-established company, this scenario is unlikely.

Sasbadi Holding Bhd has been around for the last 29 years and has shown great growth potential since they launched their services back in 1985. The company has grown from revenues of RM0.7 million to RM78 million in those ensuing years and they forecast to grow their net profit further by 12.4% in FY15 and +10.8% in FY16.

According to Law, they are absolutely dedicated to open new channels and explore new possibilities not only as a publisher, but also as a complete solutions provider for educational activities. They have an excellent and extensive network for distribution with a large customer base. Along with their plans for diversification and evolution, economies of scale and a highly experienced management and editorial team, it all projects a very bright and safe future ahead for Sasbadi.

Would Value Investors Consider This IPO?

As a value investor, would you consider a newly-listed company? Benjamin Graham, the father of value investing recommended that value investors to steer clear of all initial public offerings.

During an IPO, the business owners are attempting to raise capital for expanding the business or to simply cash out. An IPO makes the business owner really rich in the process. This also means that you, as a retail investor, would almost always be buying the stock at a premium.

On the other hand, value investors are looking for value or, in other words, a discount. There will always come a time when a stock price will fall and become more favorable for the value investor. So it is never too late to buy a stock. It’s better to be patient and wait until a great stock is traded at a fair or undervalued price.

According a TA Securities’ report, Sasbadi, when compared to a competitor – Pelangi Publishing, has a bigger market cap, good ROE of 13.4%, a higher profit margin of 17% and commands the largest market share in the educational publishing industry. Sasbadi looks like a great company you can keep your eyes on.

The only question is: How much would you value Sasbadi for? 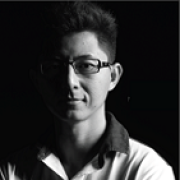 KC Lau is the bestselling author of six books including Top Money Tips for Malaysians. His personal finance blog is one of the most visited websites in the Malaysian financial blogosphere. He also hosts regular free financial training classes online featuring various investment and financial experts and co-created a dozen online financial courses. You can follow his latest updates at KCLau.com.