When it comes to coffee, I’m sure the first brand many people would think of is Starbucks. Whether you are a coffee lover or not, this is the top-of-mind awareness that Starbucks commands – a sign of how powerful its brand is around the world.

With over 34,000 stores globally, Starbucks is easily the largest coffee chain on the planet. At the same time, I discovered, when doing my research, that Starbucks also operates like a bank. Yet the company has never explicitly mentioned any plans to enter the banking industry in the past.

So how is Starbucks ‘secretly a bank’? Let’s first recap how a bank works.

How does a bank work?

Put simply, a bank is a financial institution that offers individuals, corporations, and other banks a secure place to store their funds. The bank pays an interest on these funds deposited by customers (interest expense).

To profit, the bank then loans these funds to other customers at a higher interest (interest income) and earns a spread. Alternatively, banks can utilise funds to invest in the equity, bond, or property markets for dividends or capital gains. This is categorised as non-interest income for banks.

In terms of financial statements, as customer deposits do not belong to the bank, they are classified under the liabilities portion of the balance sheet as deposits of non-bank customers (retail and high net worth individuals), and deposits and balances of banks (interbank lending). Here’s OCBC Bank as an example:

Subsequently, when the bank uses the funds for investment purposes, these investments are classified under the asset portion of the balance sheet, such as:

Now that you understand how the bank works, let’s take a look at Starbucks’ loyalty programme and how it operates similarly to a bank.

As a Starbucks customer, you might have come across its loyalty program called Starbucks Rewards. If you’re new to how it works, you can add money into your Starbucks Rewards account via a credit card or Starbucks gift cards. The prepaid funds in the app can then be used to make payments to earn loyalty points (known as Stars) which can then be redeemed for complimentary food/drinks or discounts.

Within the customer loyalty space, Starbucks has consistently been credited with having one of the best rewards programs with a loyal customer following. Because of the company’s reputation, customers are not afraid to keep money in their Starbucks account, knowing that they can use it anytime. In fact, in its Q3 2022 earnings report, Starbucks reported that it had US$1.7 billion loaded on Starbucks accounts/gift cards waiting to be spent in its stores.

How Starbucks is similar to a bank

Just like how a bank collects cash deposits from its customers, Starbucks collects large amounts of cash from its members through its loyalty program. Interestingly, this amount is greater than the cash held by some banks. In 2016, Starbucks held US$1.2 billion in customer deposits, higher than banks like Customers bank and Green Dot which held US$0.78 billion and US$0.56 billion respectively.

However, unlike a bank which needs to pay interest on customer deposits, Starbucks does not. As such, Starbucks members effectively provide the company with a US$1.7-billion loan at zero percent interest.

Additionally, Starbucks earns a profit from breakage — the amount that is unused from gift cards every year. This amounted to around US$164.5 million in 2021 or around 10% of all stored value balances. So not only does Starbucks get an ‘interest-free loan’ from its members, but it also earns a roughly 10% return based on breakage!

What’s even better is that as opposed to a bank where customers can withdraw money anytime, Starbucks members can only withdraw coffee. This essentially locks in customers the moment they transfer funds into their Starbucks Rewards account, providing guaranteed revenue for Starbucks.

That said, Starbucks hasn’t mentioned any ambitious plans to utilise these funds and has largely used it for working capital, which leaves a lot of untapped potential for the company. Starbucks could potentially loan these funds to earn higher interest income, make long-term investments, or even expand its own mobile payment system beyond its own stores.

In fact, this potential has created fears in some banks, as expressed by Hana Financial Group chairman, Kim Jung-tai:

‘Technologies have allowed coffee companies like Starbucks to be our rivals. It will be fine to call Starbucks an unregulated bank, not a mere coffee company.’

While Starbucks is undoubtedly a coffee chain, it also operates like a bank due to its loyalty programme and customer deposits. Because of its global scale and digital infrastructure, there are potential fintech opportunities that Starbucks could explore, but it remains to be seen whether the company will embrace that future. But if it over does so, it could allow Starbucks to unlock additional revenue streams and expand into markets outside of coffee. 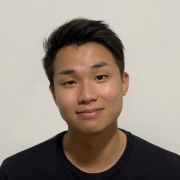