Keppel Corporation (SGX: BN4) is one of the largest conglomerates in Singapore and one of the world’s largest builders of offshore oil rigs. In normal times, the latter point would be a cause for admiration, but with oil prices plunging over 70% from its 2014 peak, companies in the oil & gas industry are facing challenging times – and Keppel is no different.

When share prices fall so drastically, it’s easy to panic and cut your losses for fear of prices falling even further. On the other hand, a crash in price also brings a massive opportunity to pick up shares of a blue-chip company like Keppel at bargain-basement prices. But before you can do that, you need study a company’s fundamentals to find out if it can ride through the storm and emerge relatively unscathed.

In that regard, I wanted to have a look at Keppel and dig out some facts about the company in the midst of this oil crisis. So here are five important things you need to know about Keppel Corporation before you invest:

Till date, Keppel has so far received $1.3 billion in payment from Sete Brasil. Keppel has stopped construction of Sete Brasil’s projects and have made a provision of $230 million for 4Q2015. It remains unclear what will become of Sete Brasil at this point. 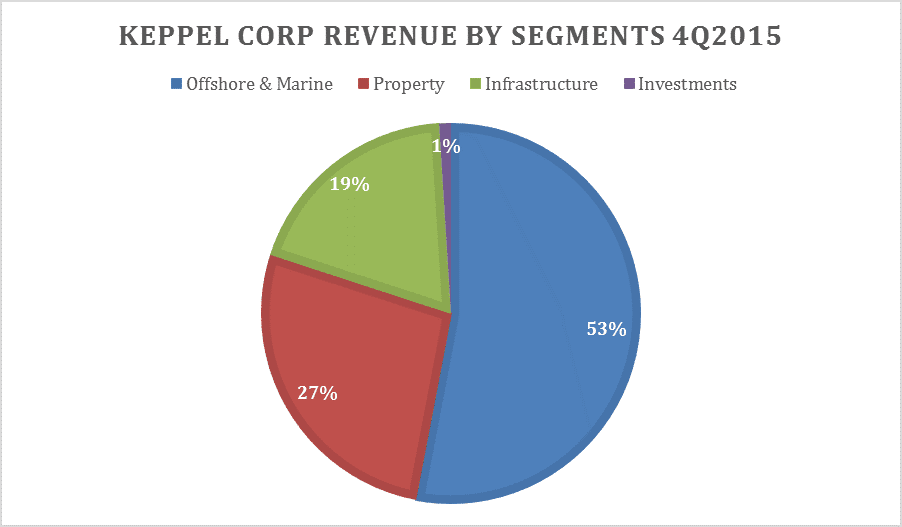 As at 4Q2015, Keppel’s offshore & marine segment contributes 53% of total revenue. However, Keppel is a large conglomerate and its other revenue contributors are property (27%), infrastructure (19%) and investment (1%). This shows that Keppel does not rely exclusively on the oil & gas sector and would not be as hard hit as other pure oil & gas companies.

Cash is a hugely important resource to have for a company to stay afloat during economic troubling times. I would look out if Keppel’s cash level falls too low and its net debt ratio rises too high. 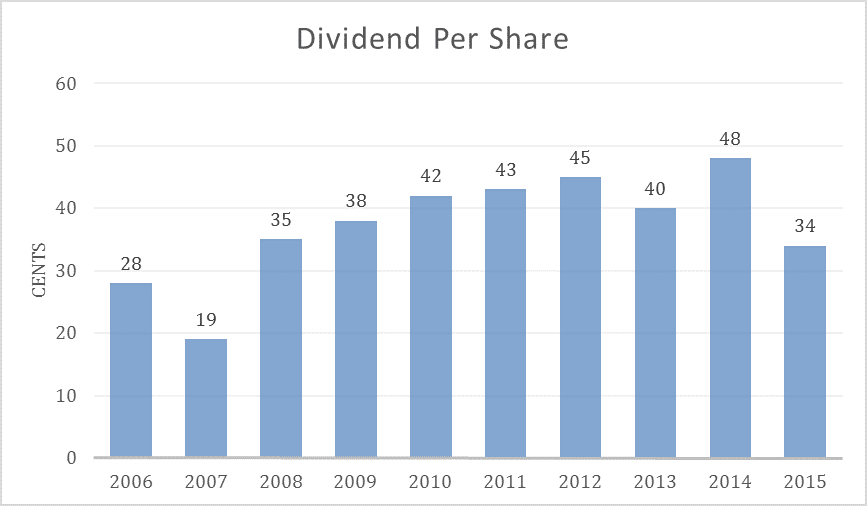 Despite all the economic challenges, Keppel was still able to pay a dividend per share of 34 cents in dividend. In fact, Keppel has been rather consistent in its dividend since 2006.

From the chart, you can see Keppel’s dividend per share has increased from 28 cents in 2006 to 48 cents in 2014 – a 71% growth. Moving forward, it’s important to see if Keppel is able to sustain their dividend payment.

#5 Price has Fallen Below NAV 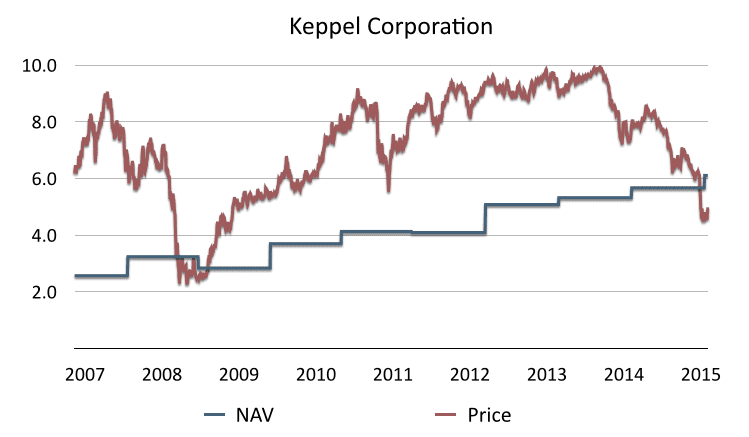 The next question you might want to ask yourself is: Is the oil situation a temporary or permanent issue? The answer to that will decide how you view Keppel Corp as an investment moving forward.