Back in June, Temasek’s wholly-owned subsidiary, Azalea Group, offered the Astrea IV bond to retail investors in Singapore. The bond was the first ever private equity backed-bond to be listed here.

This week, Temasek once again broke new ground with the T2023-S$ bond offer — it is the very first time that Temasek bonds are open to retail investors in Singapore, which was previously available only to institutions and accredited investors.

For those who don’t already know, Temasek Holdings is a private investment company fully-owned by the Singapore government that manages a portfolio of assets worth S$308 billion (as at 31 March 2018). It manages one of the largest funds in the world — ninth largest according to this list — and many of the biggest companies listed in Singapore like DBS Group, Singapore Airlines, Singtel, and CapitaLand are partly-owned by Temasek.

So when Temasek launches its first-ever public retail bond, investors sit up and take notice. But should you invest in the T2023-S$ Temasek retail bond?

Here are five things you need to know before you invest:

1. Returns are guaranteed by Temasek

The T2023-S$ Temasek retail bond is a five-year bond that pays a fixed interest of 2.7% per annum. Interest payments are made every six months and the bond will mature on 25 October 2023.

This basically means for every S$10,000 invested, you will receive fixed payments of S$135 every six months and receive your full principal back at the end of five years. Your principal and interest payments are guaranteed by Temasek. (We’ll discuss why Temasek is able to guarantee your returns below.) The minimum to invest for the retail investor is S$1,000, and upwards in multiples of S$1,000.

A total of S$400 million of bonds will be offered – half of which is open for retail investors. Temasek has the option to increase the bond offer size to S$500 million if it is oversubscribed. According to the private briefing I attended, the S$100 million ‘upsize’ may be offered to either retail or institutional/accredited investors depending on the oversubscription.

2. Returns comparable to SSB and CPF

Moreover, the SSB pays a graduated interest rate — instead of a fixed one — that only rises the longer you hold onto it. This means if you redeem your SSB at an earlier date, you would have earned a lower average interest rate:

If you plan to park your money somewhere for five years, the Temasek retail bond is an option you can seriously consider.

Bonds are usually considered less risky than stocks but that doesn’t mean there is no risk. A company can default on interest payments and principal repayments, leaving investors in the lurch. The Ezra bond default is just one recent example, which is why credit quality is a key consideration for bond investors.

There are two key areas to evaluate: the company’s ability to 1) service its interest payments and 2) repay its debts. 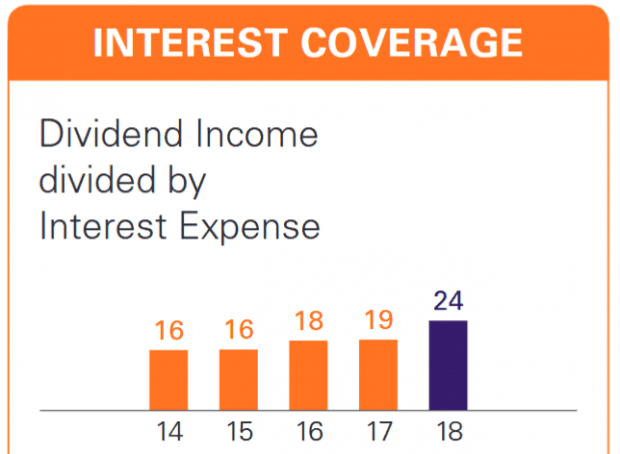 Looking at the figures, it’s reasonable to understand why Temasek is able to guarantee the interest payments and principal repayment of the T2023-S$ bond; the S$400 million on offer is a relatively small amount compared to its total debt and assets.

Temasek is rated AAA/Aaa by S&P Global Ratings and Moody’s Investors Service respectively, and the T2023-S$ bond is rated likewise. Historically, issuers rated Aaa have had zero defaults in the last 20 years from 1998 to 2017. 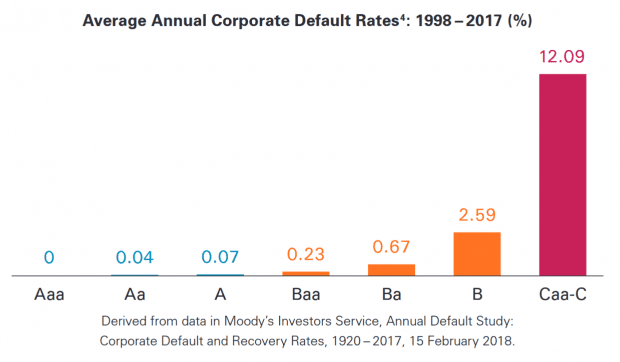 4. However, interest rates are rising…

So far, everything looks pretty good – your returns are guaranteed, and the risk of default is negligible. But you can still potentially lose money investing in the Temasek retail bond. How so?

Because of rising interest rates.

When interest rates rise, bond prices fall (and vice versa). As a simple example, if an investor buys a $1,000-bond with a fixed interest rate of 5%, his annual interest earned is $50. But if interest rates rise to 10%, investors now only need to invest $500 to earn the same interest of $50. Therefore, the value of the bond falls.

As we know, the U.S. Federal Reserve has been steadily raising interest rates. We had three interest rate hikes in 2017, and three hikes so far this year.

The Fed forecasts one more rate hike in December, three more in 2019, and one more in 2020. So expect interest rates to rise for the foreseeable future.

Now, this doesn’t matter if you plan to hold onto your Temasek retail bond until maturity. In that scenario, you will receive your guaranteed payments and principal at the end of five years. But if you decide to sell your bond on the open market before it matures, then you may suffer a loss on the face value of the bond if interest rates have risen.

5. You can use your CPF to invest

The T2023-S$ Temasek bond is eligible for purchase under the CPF Investment Scheme. This means you can use up to 35% of your investible savings in your CPF Ordinary Account (OA) to purchase the bond during the public offer, or on the open market when it lists on the SGX.

Since the CPF OA earns you 2.5% interest and the Temasek bond earns you 2.7%, it’s quite obvious you can use your CPF funds to invest in the bond to earn the extra 0.2% interest per year. Twenty basis points may not seem like much but since your money is ‘stuck’ in CPF, why not make that extra anyway? (The alternative here is to transfer your CPF Ordinary Account to your CPF Special Account which earns 4% interest per annum, but that is a one-way trip.)

Of course, this assumes that you don’t plan to sell the bond before maturity where you could face a potential loss in face value, or use the money in your OA for your housing needs in the next five years.

If you’re looking to invest in a AAA-rated bond with guaranteed returns on a medium five-year term, then the T2023-S$ Temasek retail bond should check all your boxes. At the same time, it’s important that you’re aware you could make a potential loss if interest rates rise and you sell the bond before maturity.

You can apply for the bond via ATM or internet/mobile banking, and it’s important you find out more and read the offer documents before making a decision to invest.